When I was out before Bank Holiday weekend at the end of August I went into Eye library to look at the events pages in The East Anglian Daily Times to find out what was on and spotted this.
The Middy or Mid Suffolk Light Railway is the heritage railway museum across the fields and Colin liked to walk there when he was still well enough and use our local residents free pass. 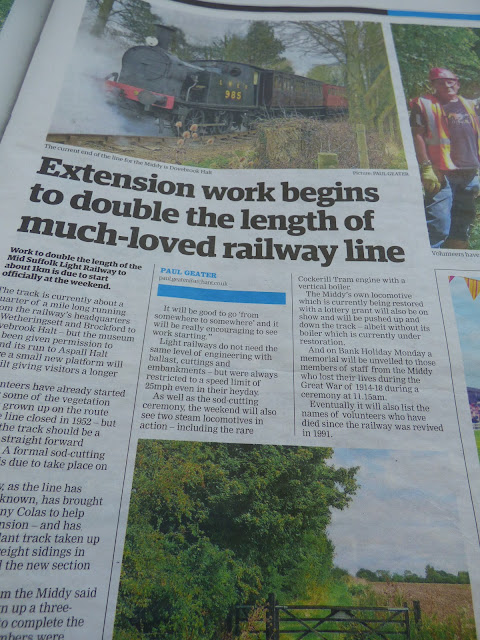 Something to do over the Bank Holiday weekend I thought, but  looking on their web site and noticing that actually there's more happening on their final open days of the year.........The Country Railway Gala and Beer Festival, I put off my visit until this weekend just gone.

I had sorted some more of Colin's old railway books into a bag so took them for their secondhand book shelves. I'm always a bit disappointed when I've been to the railway, there's never as much happening as they advertise ..........or maybe you have to be an extra super-fan of railways to spend more than an hour there........... It was mainly old men standing around! Of course It's wrong to compare it to all the big Heritage Steam railways in other parts of the country - it's not been going so long,  hasn't much space to expand and anyway it  never was a big railway, never completed, always in debt and closed in 1952 long before Mr Beeching did his big railway closures.

So just a few photos of my hour there and then I came home for lunch.
Steam Traction engines  as an extra attraction for their final weekend of the season. 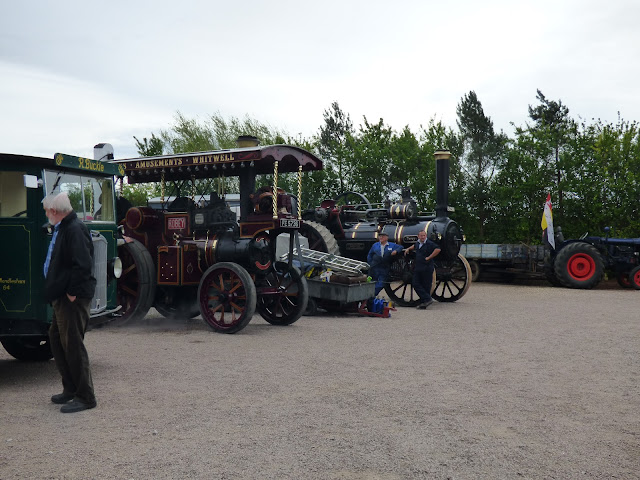 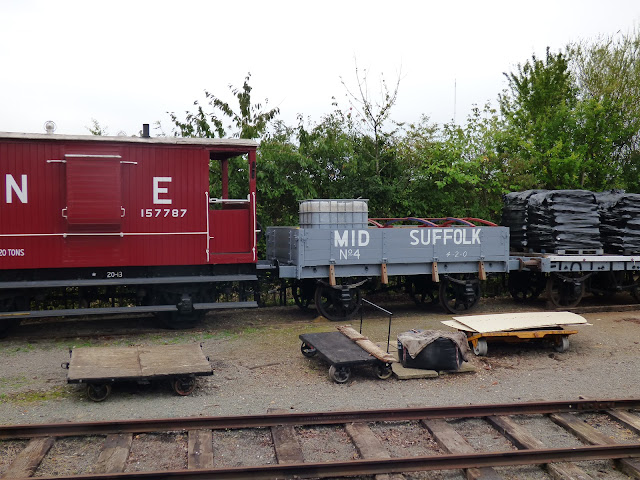 From home, if the wind is in the right direction I can hear the chuff, chuff, chuff  of the little train going up and down the track. It's a special sort of sound to hear in the middle of the countryside and I don't understand all the people who've objected to the railway museum and restoration, including the lady who lived here before us. She was one of the people who signed a petition to stop them tooting the hooter! What a fuss about nothing, they are only open May - September on Sundays and a few Saturdays! 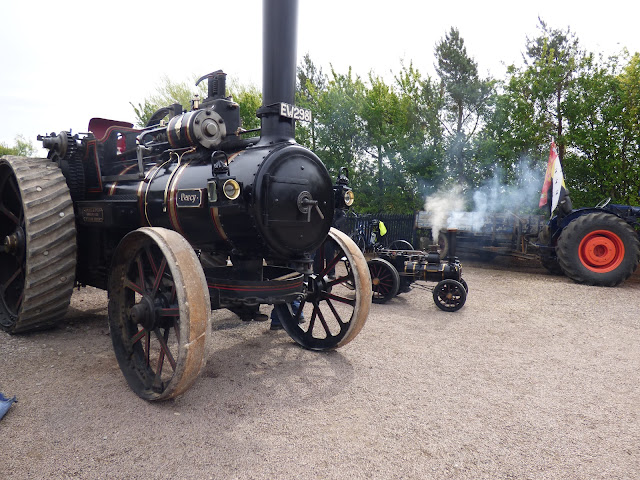 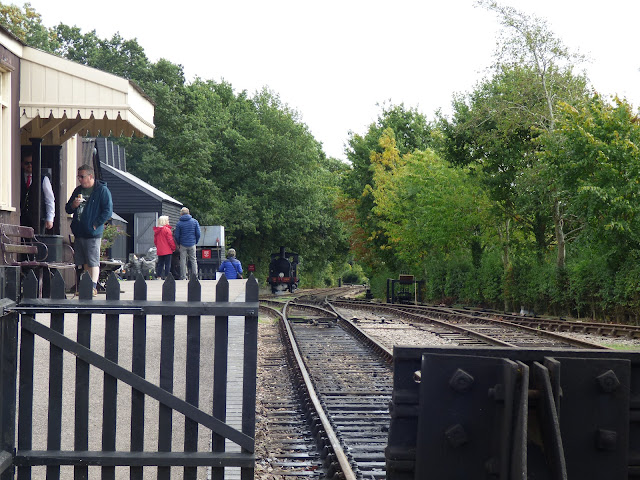 The quarter mile track goes as far as you can see on this photo and just round the corner. When they extend it will be half a mile long and a bit more of a ride.

They are closed now except for the Santa Specials and next time I go there it will be for their WWII weekend next year.