My next visit was to a much older building, one of the earliest domestic buildings in Ipswich.........
Pykenham Gatehouse in Northgate Street . 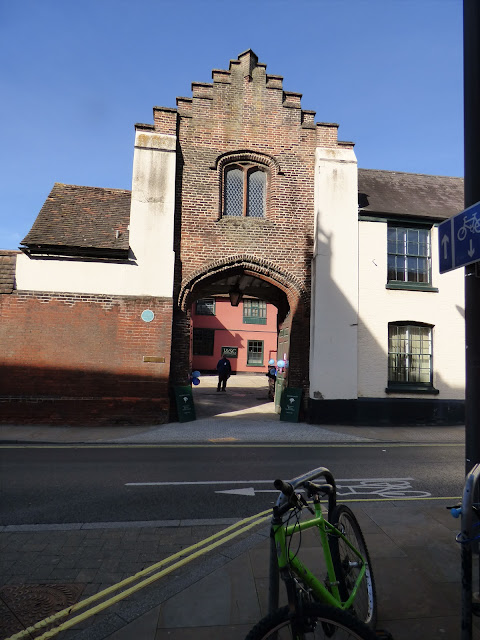 This is what I found out about this interesting building


William Pykenham was born in Higher Layer, Essex in the mid 15th century. He studied at Oxford and Cambridge and entered into the church, where he quickly gained influential patrons. In 1471 he was named Archdeacon of Suffolk, which means he was the chief representative of the Bishop of Norwich. Pykenham held an ecclesiastical court at the church of St Mary-le-tower, just behind his official residence.
Pykenham was a man who knew his own worth. He is said to have had 19 servants at the time of his death. He also required residents of almhouses that he founded to say daily prayers for his soul and those of his parents. Historians believe that had Richard III triumphed at the Battle of Bosworth in 1485 he would have made Pykenham a bishop.
Pykenham found the old building too small for his taste, and quickly set about enlarging it to provide a suitably impressive house for a man of his standing. He built a ceremonial gateway opening into Northgate Street. The gatehouse and the flanking walls were made of brick, considered a fashionable material and a sign of wealth and refinement at the time. The rest of the gatehouse was timber-framed with a wattle and daub infill. At some point the gatehouse gained a stepped gable in Dutch style.
In the 18th century the medieval facade was rendered with lime and sand. This served not only to make the gatehouse look more fashionable but it helped seal the walls against draughts. The front wall had large buttresses, but these were just for show, and were removed in the late 18th century.


Double windows in the south extension
Over the gateway arch is a single room, best seen from the rear. This is jettied out over the arch and to the south. The fact that there is no jetty to the north suggests that it was once attached to another building that has been pulled down. Access to the room was provided by a brick stair inside the gatehouse.

Originally just one room maybe for a gatekeeper or perhaps for storage of important papers it was extended 100 years later with two small rooms and a new entrance on the right of the photo below......which is the view from inside the arch. 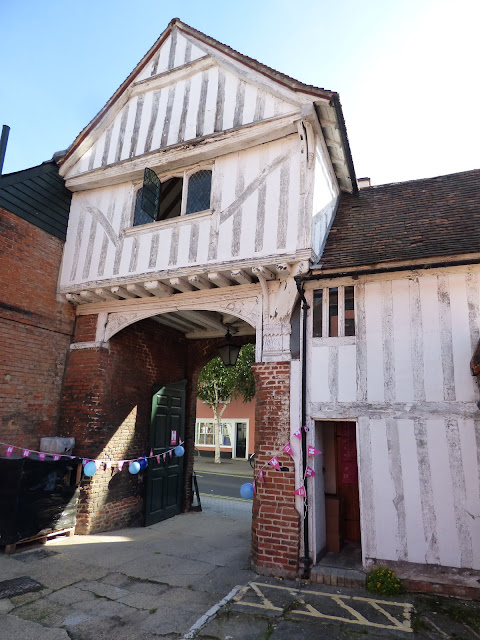 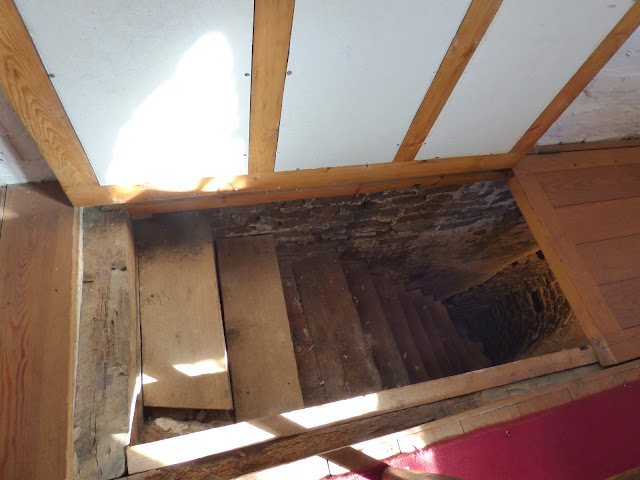 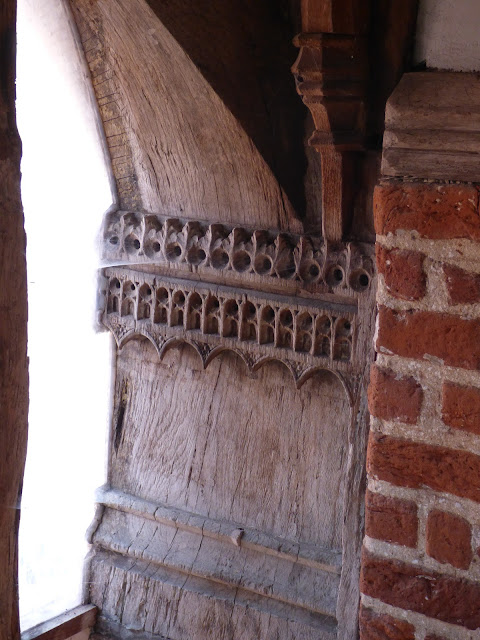 This lovely carving was one of the corner posts of the jettied upper-storey of the original building. The extension meant this was then undercover so has been preserved for over 500 years. 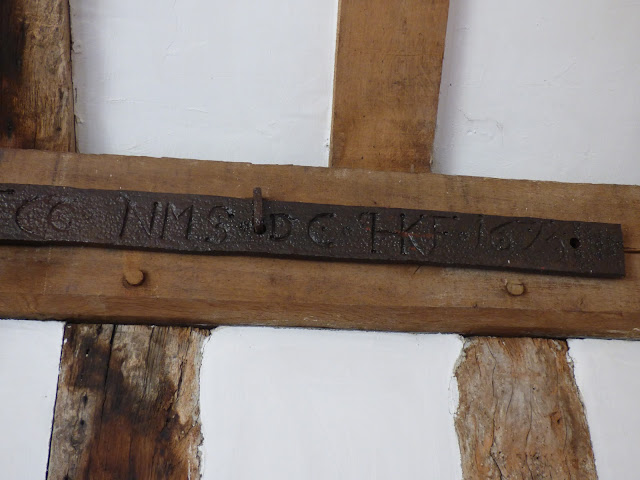 It was so interesting to finally see what was behind the big gates that are usually shut.

Thank you for comments yesterday. I am totally fed up with on-going work in the house............ Am I mad?.............. Doing all this to update and make it more saleable in the future? I'm beginning to think I must be.
Just have to remember that by winter it will all be done and I'll be able to relax and hibernate and if I do decide to sell, then it'll be right ready.
Anyway, the bath is in, but of course the guy hadn't got the right stuff to finish the job on Tuesday! There was supposed to be metal trim for the edge of the shower wall stuff which is going along the side of the bath but it hadn't been ordered.   The basin was damaged on arrival  but much too big anyway so a smaller  replacement will be ordered. There were 11 tiles in the garage  to match those already there and that was just enough to tile where the under-the-sink cupboard had been but it turned out the grout he had brought was grey - so no good for the pale pink marbled tiles!
He'll be back when the basin arrives to finish the job...............now where have I heard that before?


And I've been meaning to say welcome to new followers, numbers are now more than the old blog, not that I'm keeping a check on them or anything!

Posted by Sue in Suffolk at 06:00
Email ThisBlogThis!Share to TwitterShare to FacebookShare to Pinterest
Labels: House and Home, Ipswich