First of all thank you to everyone for comments about the NHS winter flu jab. The consensus seems to be that side effects are negligible so I will try and remember to ring at their specified time and book in for October.

Three times a year the Auction place at Campsea Ash has a Domestic and Rural Bygones and Collectibles sale. After a look at the on-line catalogue I decided a journey out to look on viewing day seemed a good idea - must be a year since I last went.

This first photo is from online as it was in the cabinet so impossible to photograph. This is an "Unusual Folk Art  Salve Box" - lovely bit of treen  Estimated to sell at £20 to £40 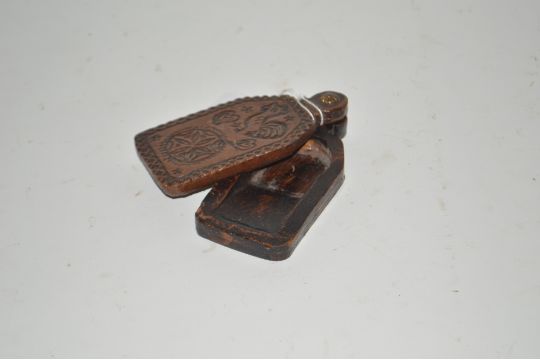 I took a few photos of some of the interesting bits and bobs from amongst the rusty junk! 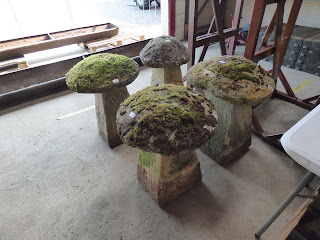 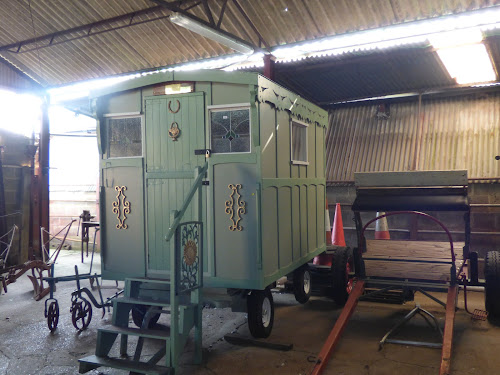 I spent ages a few years ago looking for a replacement glass  'fishing float' after mine broke while we were living in Ipswich. There are 6 boxes of them here - about 36 in total. different colours and sizes. 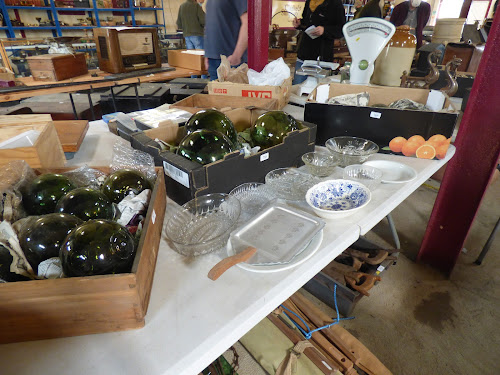 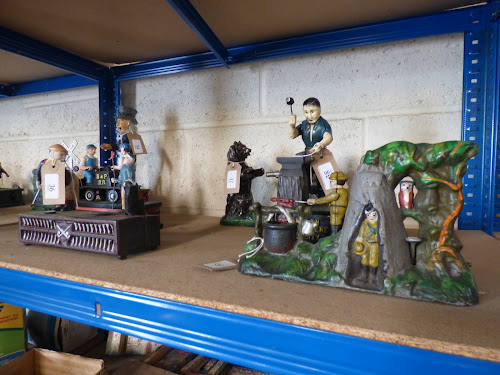 I love these old gingerbread moulds but they would become dust collectors in my house. The one on the right is double sided and estimated at £40 - £60(It sold for £75) The other was estimated £20 - £40 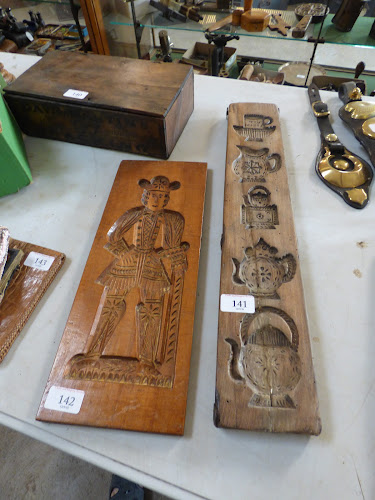 This is something I LOVE! "An Antique Glass Lacemakers lamp"  only about 8 inches tall, but it has nowhere for oil or candle so I think its a magnifier and would have been stood in front of a candle to increase the range of light (Jennie in Wales will tell me if I'm wrong). It is beautiful but estimated at £50 - £80 so not in my price range! 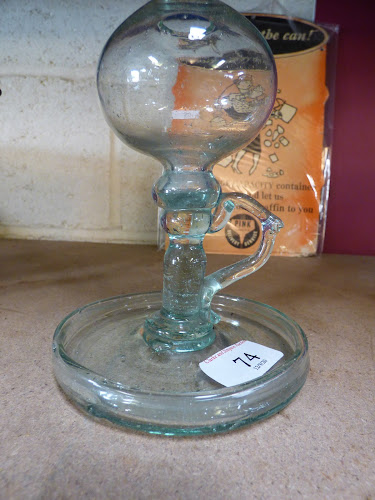 I wouldn't mind this collection of kitchenalia - a few old cookery books and a Tala stacking cake tin. Estimated at £10 - £20 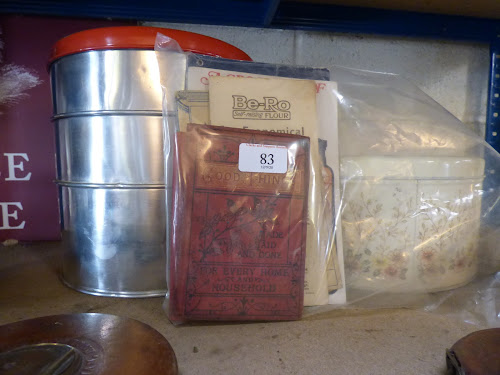 On the catalogue website I thought this little cabinet- below -  was about 12 inches wide but it was actually about double that. Estimated at £60 - £80, but it sold for £150. 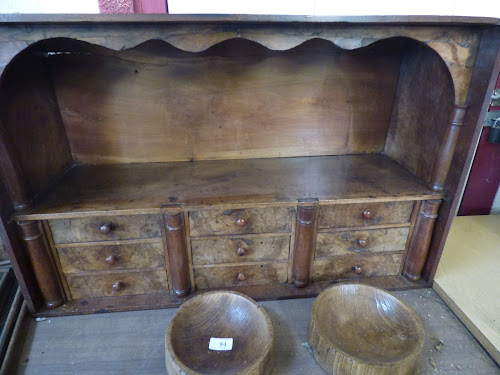 A very weird collection of wooden frogs,supposedly from a shop display - very strange but online bidding was already up to £45 on Friday 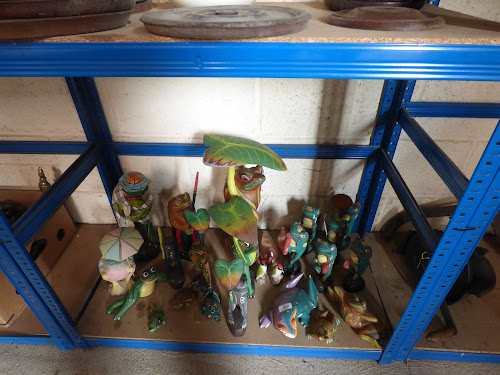 And finally another photo from the auction website because  I forgot to look at this collection of small C19 oddments which includes a couple of Welsh Love spoons. I meant to look specially at the little patch(?) box with a painted lid, it looks very pretty. 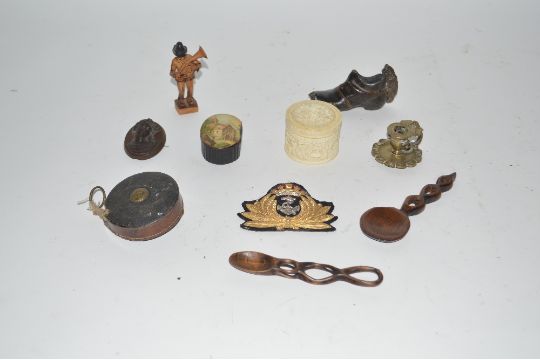 I didn't bid on anything but I expect lots of people did and most will have sold by the end of the day.

Posted by Sue in Suffolk at 07:00
Email ThisBlogThis!Share to TwitterShare to FacebookShare to Pinterest
Labels: Rural Bygones Sale