"By all these lovely tokens
September days are here,
With summer's best of weather
And Autumn's best of cheer."
Helen Hunt Jackson
The Autumn page from "Ceremonies of the Seasons" by Jennifer Cole 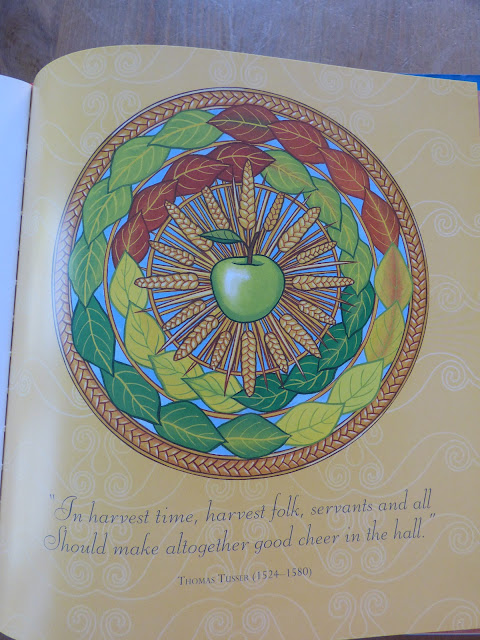 September = Autumn either on the 1st  meteorologicallly,  or astronomically at the  Autumn Equinox on the 22nd (although this year autumn seemed to arrive around the 25th of August)
The word autumn comes from Latin autumnus and it's use dates back to the C14. In the USA it is known as fall and both autumn and fall were used in this country until the C18.


There are generally three consecutive windy days around the middle of the month, millers called these the windy days of barley harvest

Nowadays the grain harvest is usually finished before September.

According to the 2020 almanac day length this month decreases by 1 hour and 57 minutes here in the east of England.

There are a few general weather sayings for the month

September dries up wells or breaks down bridges

September rain is much liked by  the farmer

Many haws and many sloes make many cold toes.

Below is a page from "An Illustrated Country Year " by Celia Lewis, showing how the hedgerows will fill with berries during the month. 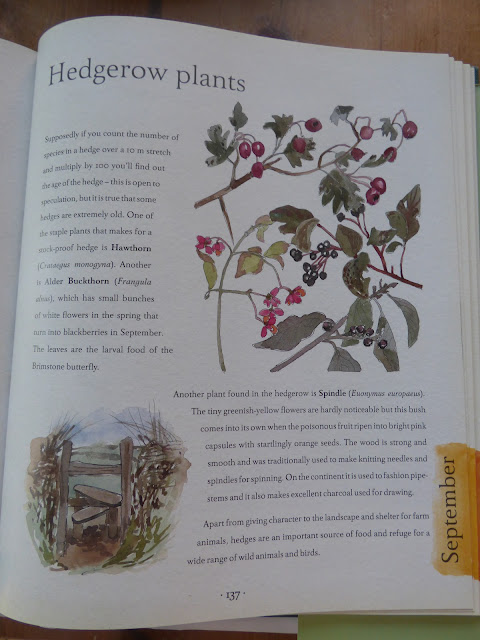 My list of jobs to do through September includes turning some of  my harvests from the garden into preserves for the hamper gifts and for my cupboards.

Posted by Sue in Suffolk at 07:00
Email ThisBlogThis!Share to TwitterShare to FacebookShare to Pinterest
Labels: Folklore