As mentioned previously there are all sorts of plants in the borders around the back garden lawn but some of my favourite things are missing.

So after a spree at a car-boot sale and then Dobbies Garden Centre on Saturday I came home with a selection.

From the boot-sale I bought 2 Lady's Mantle (Alchemilla Mollis) and  1 purple leaf  Ice Plant (Sedum). From the garden centre..........a Holly, a white Agapanthus, an Astrantia  and  an already large Gooseberry bush. 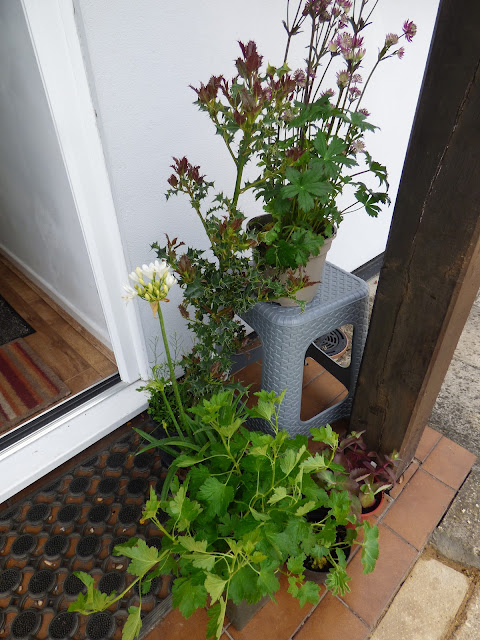 The Astrantia is so pretty, the variety is Pink Sparkling Stars 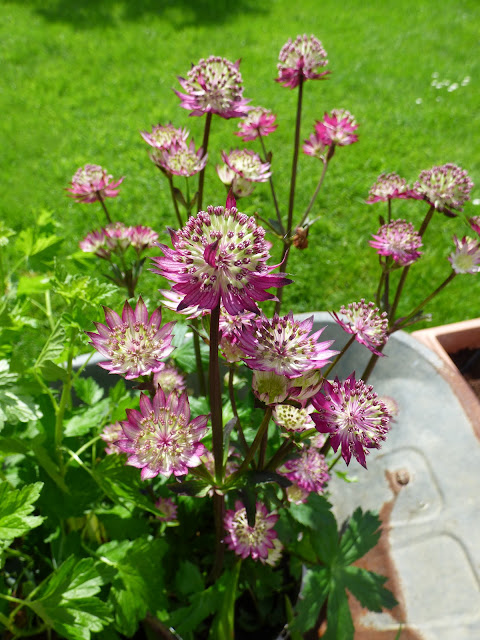 Also on my list of "must have" plants for my new garden is a Purple Hazel and a tall thin conifer of some sort......... there's not a single conifer anywhere here - which to my mind is a serious absence.

There were some pots of Alstroemeria (Peruvian Lilies) at the garden centre which I looked at but decided against as they were £16.99 a pot and the flowers were not very tall and orange - and I'm trying to stick to pink/purple/white flowers as that's what's mainly here already. Despite looking at garden centres and catalogues I've never been able to find Alstromeria plants as good as those I got many years ago at the smallholding to sell as cut flowers.

The heavy rain we had on Friday didn't do the Lupins much good. They had nearly all collapsed and that's when I discovered something that must have got left behind at Clay Cottage - my wire plant prop-up/support half circle frame things. Surely I didn't leave them? But must have as they aren't in the shed here. Wonder what the chances are of finding some at a car-boot sale? Although the ones I had wouldn't have been tall enough to support the Lupins anyway.

The header is the Camellia in the corner of the garden, which has now burst into flower- it's buds are pink but then the flowers change to white as they open. I cut back the Spirea which was starting to hide the Camellia and there's also a large Hebe there too which I plan to take out. 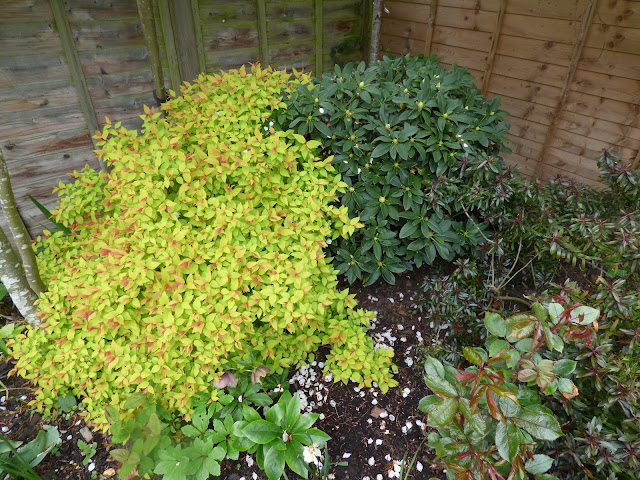 Posted by Sue in Suffolk at 07:00
Email ThisBlogThis!Share to TwitterShare to FacebookShare to Pinterest
Labels: The Garden