Down the Rabbit Hole

My blog post last week sent me down the rabbit hole of book searching - if you love books and reading  as much as I do then it's easy to spend half an hour - or an hour - following a trail of searching on line!

Here's Jenny's comment that got me remembering and googling Hope Bourne

The Hope Bourne book is a delight. A friend gave me a copy and I can remember putting a chair in my first walk-in plastic greenhouse at our old home, and sitting down and devouring a big chunk of it. She was incredibly frugal, and I believe grew all her own vegetables, and lived off wild greens when she could. She was truly self sufficient. She moved to Exmoor in 1950, from Hartland in N. Devon. I have her other books too, Living on Exmoor and A Moorland Year. All an absolute delight to read. I have just gone through all my bookcases to find them and have brought them down to read bits of again. One I haven't got (yet!) is A Little History of Exmoor.

Would you believe I once had all of them - back in the day - before moving house twice. Now I don't have any.
She was a one-off wasn't she..... shooting all her own wild meat which she had for breakfast as well as dinner! 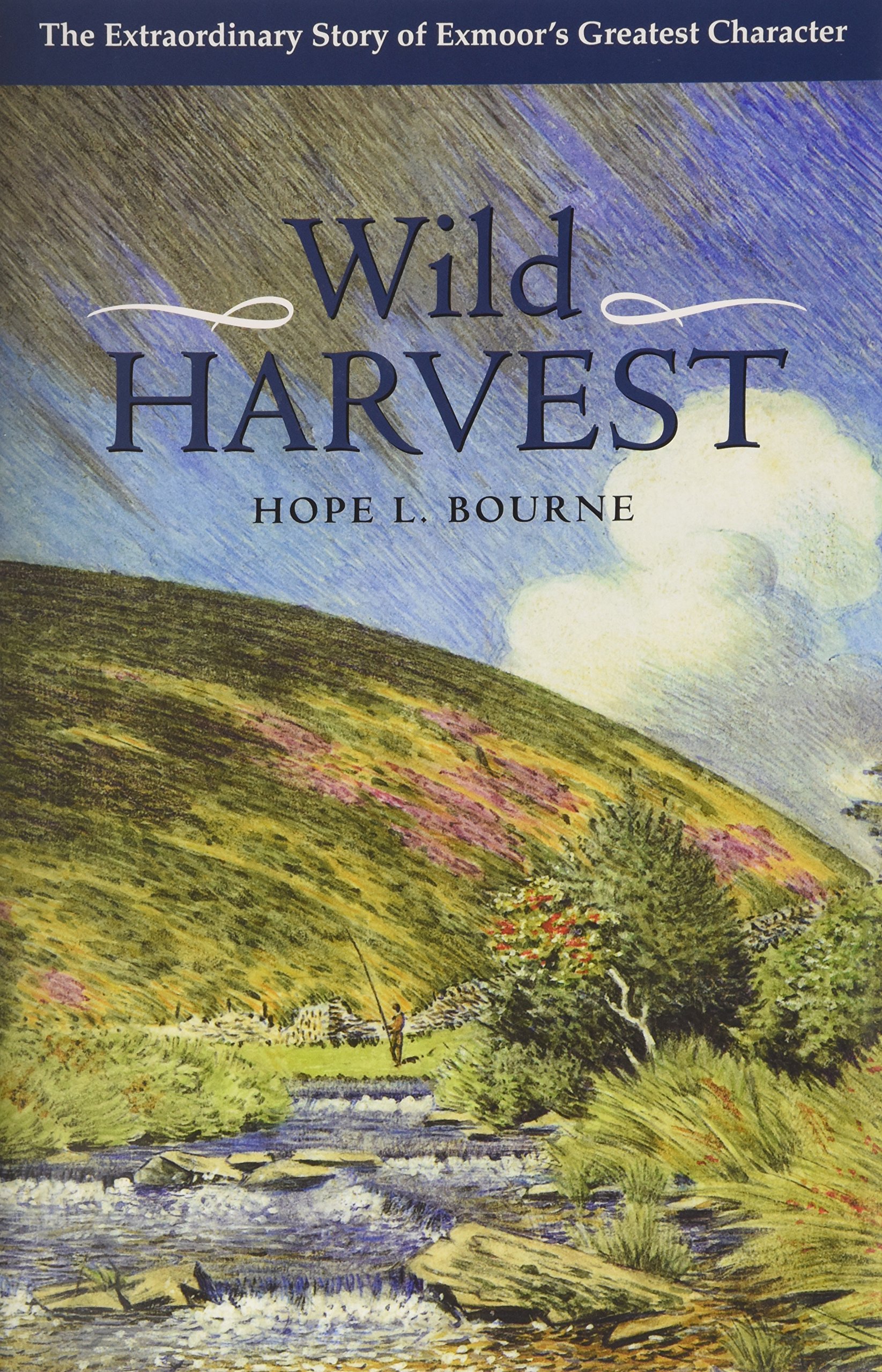 The Exmoor area and that part of the coast is one of my favourite places, we had many holidays on the edge of the moor at Woolacombe, Minehead and Watchet and went over the moor so many times. I probably bought Wild Harvest when we were in holiday down there, way before internet book searching. It was originally published in 1979 and my copy was one of the early ones from about that time. It's since been reprinted with a different cover.
It was many years later before I came across A Moorland Year and then ordered a copy of her earlier book  Living on Exmoor. The books all went during the three lots of downsizing  and that would have been the end of it without my post and Jenny's comment.
I googled..................She was very well known in the area and even has a Wiki entry

Hope Bourne (Hartland, Devon 1920 – 22 August 2010) was a self-sufficient painter and writer who lived alone in primitive cottages and a caravan on Exmoor  surviving by growing her own vegetables, fishing, and hunting for rabbits. Known as the Lady of Exmoor, she wrote five books on Exmoor and one novel set in North Devon, was the subject of three TV documentaries and contributed a weekly column to The West Somerset Free Press.

So I knew about 3 books and Jenny mentioned a Little History of Exmoor  which it turns out was published in 1968. And much to my surprise Suffolk Libraries have a copy in the County Reserve so I'll be ordering that to have a look at. The fifth of her books is Hope Bourne's Exmoor Village. This could be more writings about Exmoor or possibly a book of her painting and drawings - she was an wonderful artist.


A documentary about her life " Hope Bourne; Alone on Exmoor" was shown by HTV in 1978.  Then I searched youtube and found this

Opening sequence of 'How Many People See The Stars As I Do? The Exmoor Story of Hope Bourne'. Premiered at the Simonsbath Festival to a sell out audience in May 2014, Chris Chapman's 50 minute documentary explores the extraordinary life and talent of Exmoor's legendary figure, the artist and writer, Hope Bourne. Hope led a life of self-sufficiency in a tiny caravan in remote isolation in the ruins of a farm on Exmoor for some 24 years and spent much of her time painting and sketching the moor, writing a column for the local paper, and combining this creativity in a remarkable series of books.

There is a DVD but its currently unavailable on Amazon or The Exmoor National Park online although a VHS is still around.
This is one of the few times that I regret selling or giving away books I once owned.
Thank you for comments yesterday about the plant stand. Next door neighbour at Clay Cottage had an Auricula stand, with long rows of pots going down in size.  I'm thinking a mix of all sorts at different seasons with some trailing plants too.......
Wimbledon got going with the 19 year old Brit Jack Draper taking the first set off moany Djokovic which was a lovely start for him. Djokovic took the next 3 sets of course. Surprised to see Tsitsipas losing in 3 straight sets. He is 22 - so another with years ahead but needs to get used to more grass play if he wants to be an all round winner. Brit wildcard Katie Boulter won her game and then on came Andy M................. the first player to play with a metal replacement hip? Torturous to watch.
The men came to finish the concrete base for my greenhouse - another job done. Not sure when the greenhouse will actually be erected but progress is being made.
Back Tomorrow
Sue

Posted by Sue in Suffolk at 06:00
Email ThisBlogThis!Share to TwitterShare to FacebookShare to Pinterest
Labels: My Books, Summer of Sport 2021