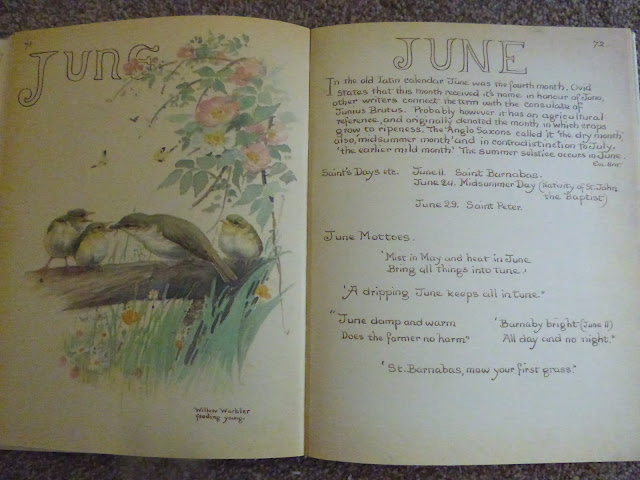 Calm weather in June, sets the farmer in tune

The weather pattern for June often alternates between spells of stormy weather and shorter periods of dry calm. The farmers prefer calm and warm with night-time dew to speed up crop growth.

If the year would stand
Still at June for ever,
With no further growth on land
Nor further flow of river.
If all nights were shortest nights
And longest days were all seven,
This might be a merrier world
To my mind to live in.
Although if this happened we wouldn't have much to talk about!
June as long been my favourite month of the year and this year will be no different as I'm already enjoying the French Open tennis on TV which will be followed by tennis from Queens and then Wimbledon and English strawberries will be available - even a few from my 6 plants brought here in big pots. The weather in Suffolk is forecast to be mostly dry and warmer than May - at least for the next week.
Looking at the long range forecast from the Met Office for the second half of June it doesn't seem to commit to anything definite....................
Confidence is typically low for this period, but it seems most likely that changeable conditions will characterise most of this period, with plenty of fine weather around but also spells of rain and showers, particularly but not exclusively across the north-west. Temperatures are likely to be around average, although this doesn't preclude short hot or cold spells during these two weeks.
Back Tomorrow
Sue
Posted by Sue in Suffolk at 07:00
Email ThisBlogThis!Share to TwitterShare to FacebookShare to Pinterest
Labels: Folklore