This is the photo of Rose-hips that was taken on my walk up the lane a couple of weeks ago, there are so many this year, bright orangey-red and huge and full of Vitamin C. 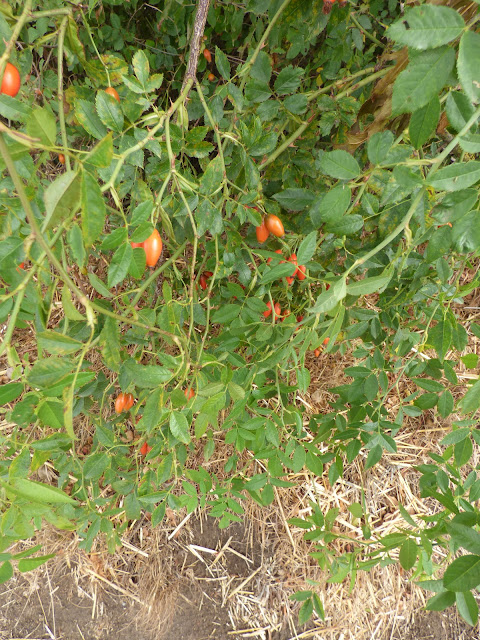 During World War II the sea blockade cut off imports and soon there was a lack of citrus fruit and the threat of the disease Scurvy, well known to sailors, could have quickly become a National problem. Rosehips were know to contain 20 times the amount of Vitamin C than oranges and in 1941 The Ministry of Health started a scheme for the collection of Rosehips for processing into a syrup. 120 tons were gathered by volunteers. The next year the scheme was transferred to the Vegetable Drugs Committee of the Ministry of Supply and 344 tons collected. For the next 3 years collection averaged 350 tons a year. The syrup was sold at a controlled price of 1s 9d (one shilling and ninepence or 9 new pence decimal) for a 6oz bottle. 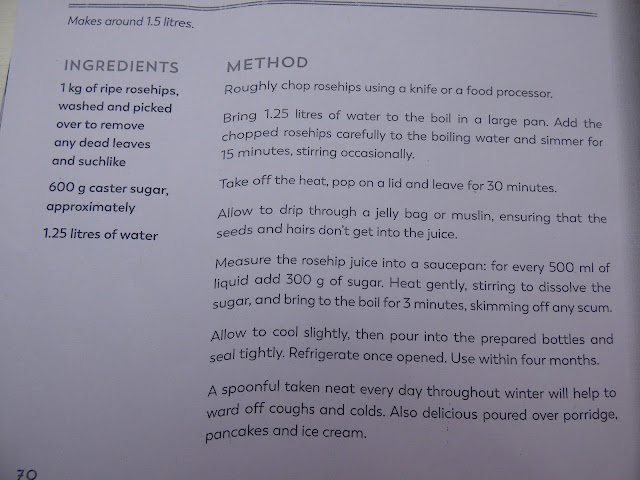 I'll not be making any - although I might buy a bottle just to remind me of it's taste as I'm sure it was something we were dosed up with as children (although that was years after the war and I might be imagining it).
Here is Cecily Mary Barkers lovely painting of the Rose-Hip fairy and her song from her Flower Fairy books. 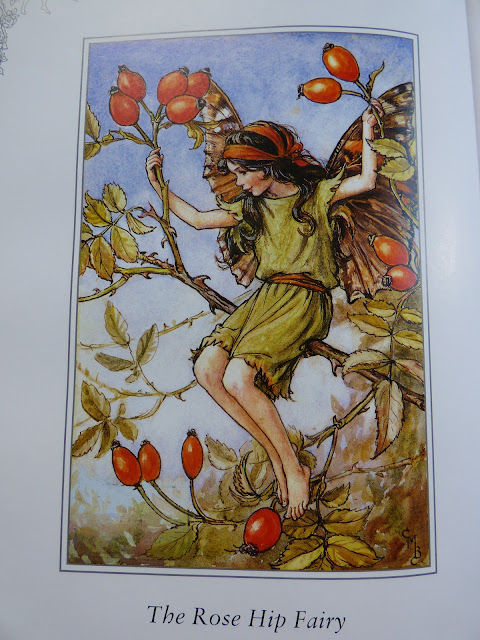 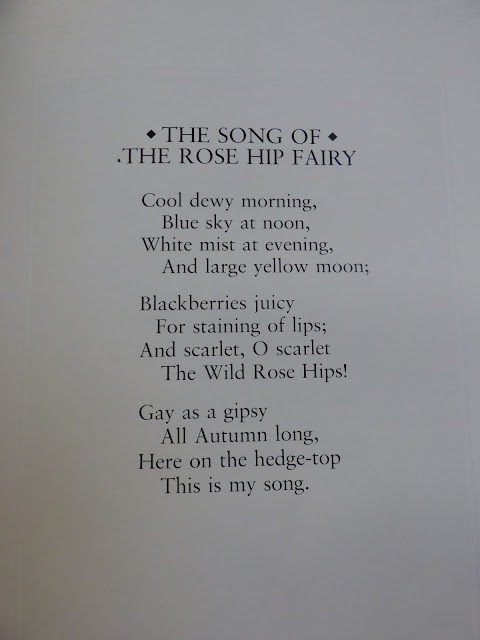 Searching through my folklore books I failed to find any associated folklore for Rose-hips except for the mention of many Hips and Haws foretelling  a hard winter - which is rarely true as the amount of fruit in Autumn is usually a reflection of the spring and summer weather.
Back Soon
Sue

Posted by Sue in Suffolk at 00:01
Email ThisBlogThis!Share to TwitterShare to FacebookShare to Pinterest
Labels: Flower Fairies, Natural world