The Lost Town of Dunwich

Dunwich is a tiny village on the Suffolk coast between the two popular tourist towns of Southwold and Aldeburgh but once it was a town bigger than both of them. 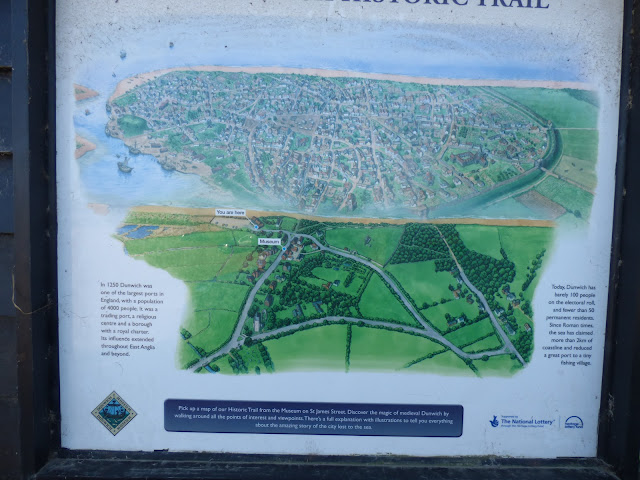 The yellow dotted line is where the coast line is now, all that below is long gone 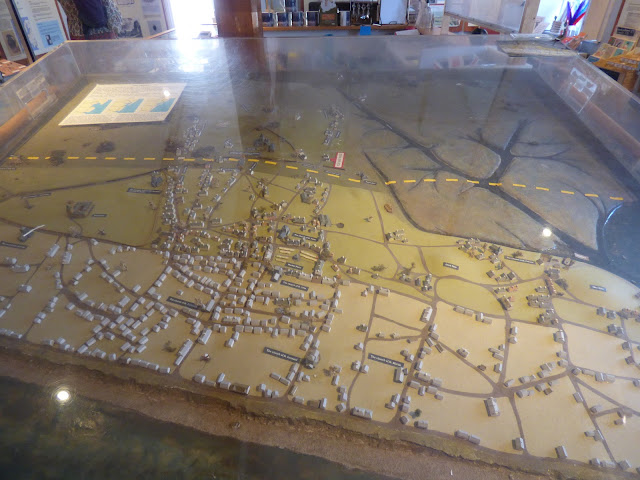 When the shingle moved during storms and blocked the harbour the town became unimportant and not worth defending and further storms over centuries encroached on the village and all six churches, the streets and homes were gradually washed away. 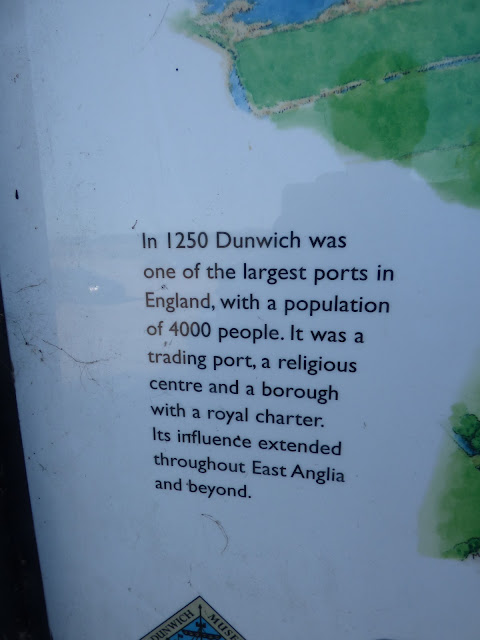 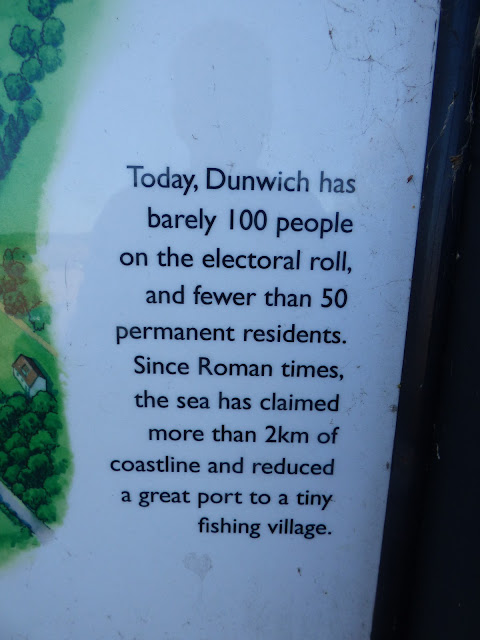 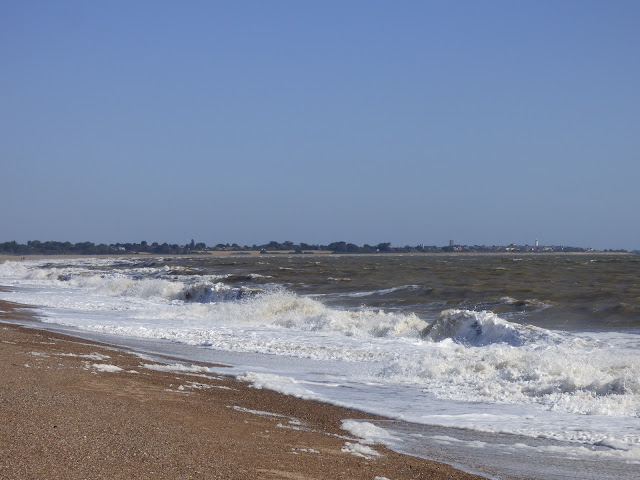 To the South just a few miles further along past the cliffs are the domes of Sizewell B Nuclear power Station and the place where Sizewell C will be built............On a coast that disappears into the sea! 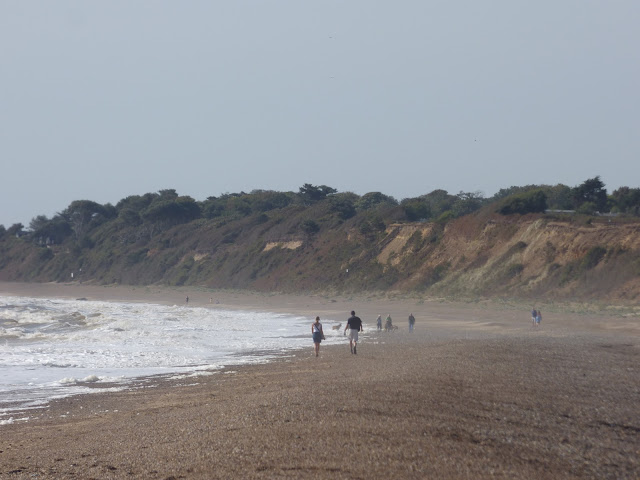 An onshore strong wind and the waves were huge, the sun was bright and I hadn't a clue what I was taking a photo of - hence the leaning  horizon! 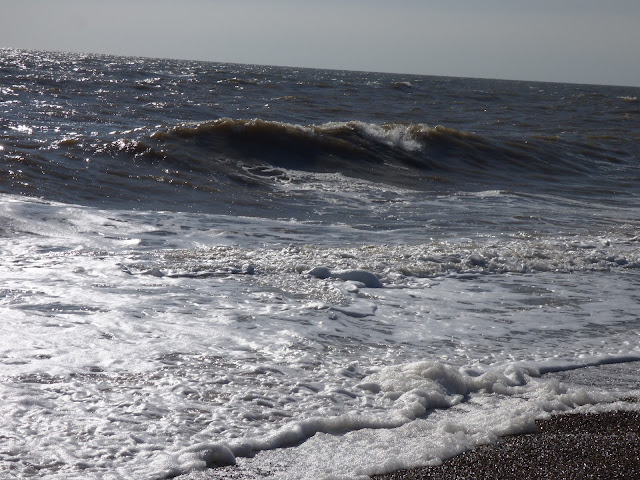 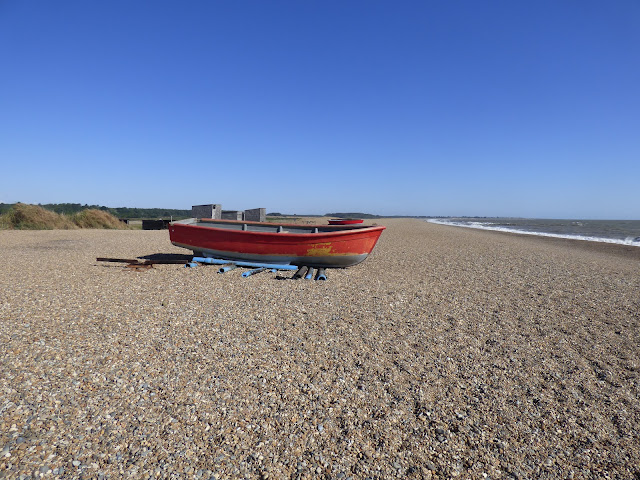 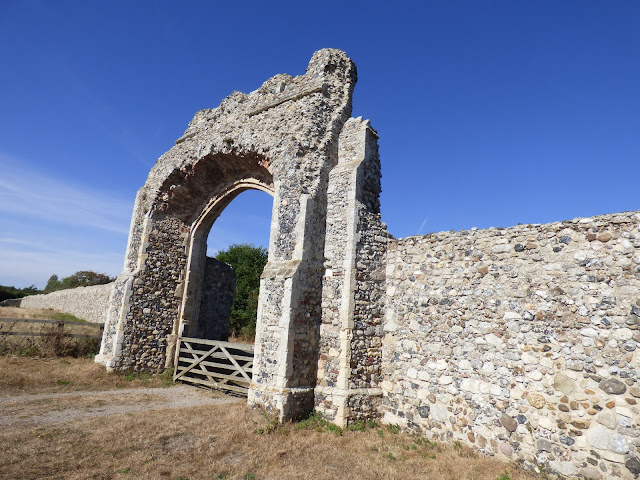 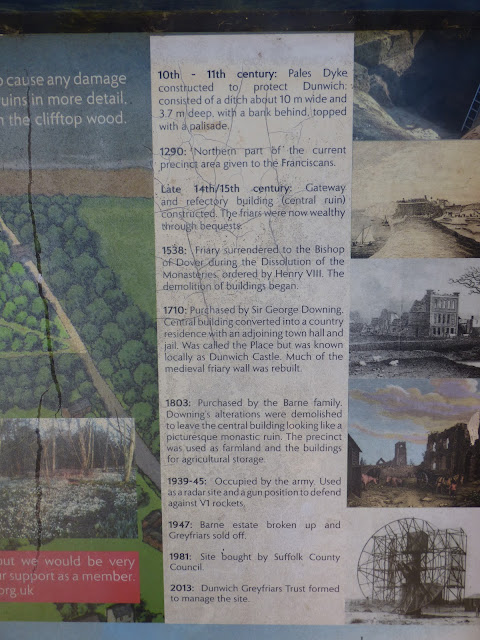 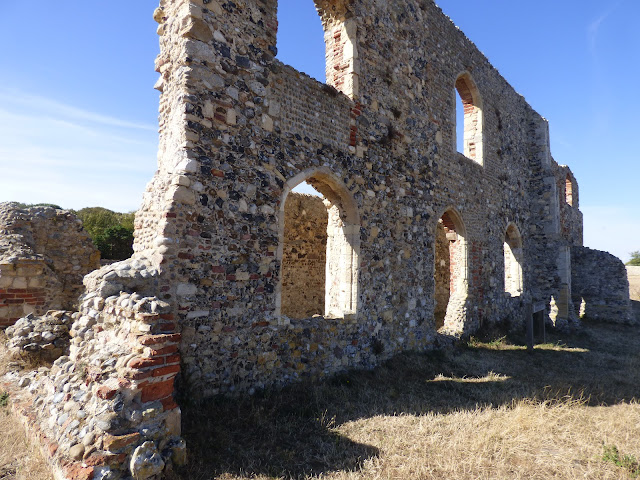 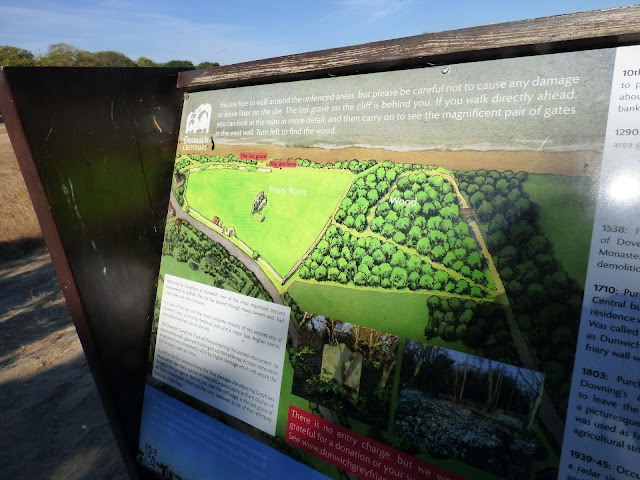 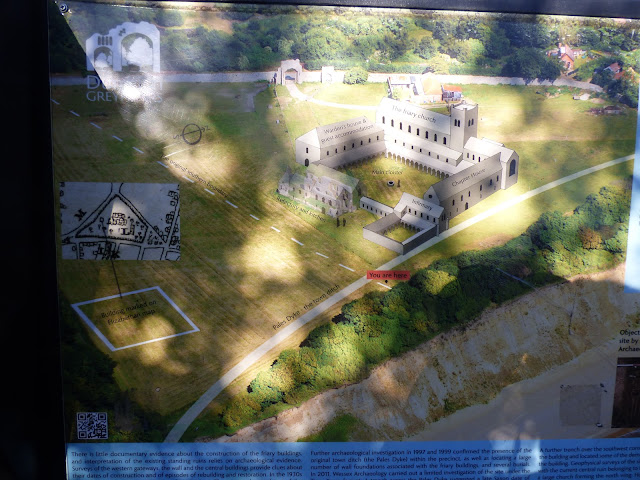 Dunwich has a fascinating little museum 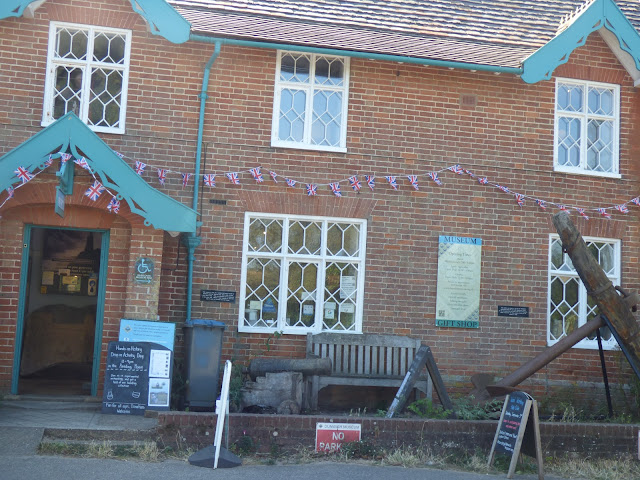 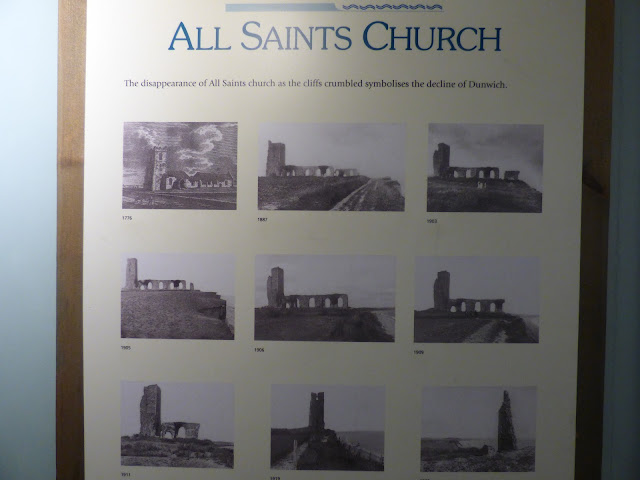 A new church for the village was built in 1832 - although I didn't go to look at it this time.
I hadn't been to Dunwich for several years so it was a nice day out. I parked on the car park behind the shingle beach, no sea view sadly, and it gradually filled during the day with crowds of people having the famous huge plates of fish and chips from the café.
Treated myself to a sausage roll with a side salad and sat outside, which was a mistake, as it was so windy the lettuce kept blowing off my plate!
Back Soon
Sue
Posted by Sue in Suffolk at 00:01
Email ThisBlogThis!Share to TwitterShare to FacebookShare to Pinterest
Labels: A Tourist in East Anglia