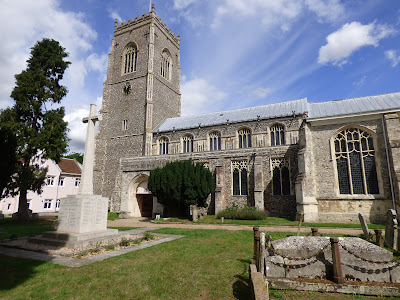 I didn't stay long because when I went in there was a pianist playing a baby grand piano and a man singing a solo, rehearsing for a funeral later in the day. There were lots of people in black standing around, and I asked if it was OK to take photos and the churchwarden said yes as the funeral wasn't for another 90 minutes, but it still felt a bit strange to be a tourist. Must have been an important persons funeral ................a soloist to sing  and some big trees in pots being stood just outside the doors.......... not something you see at an ordinary funeral.........well, none I've ever been to anyway. 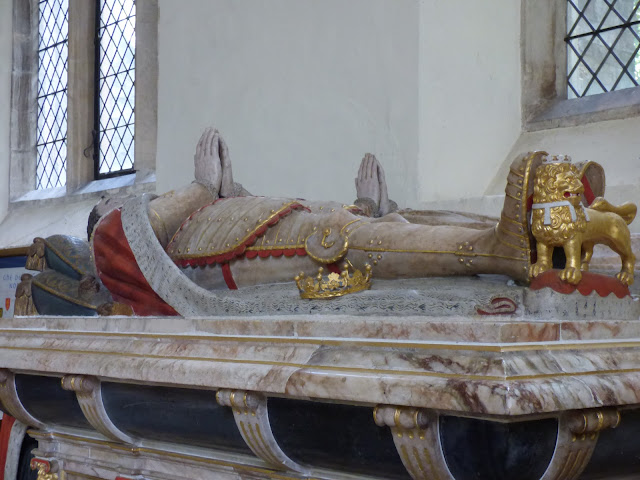 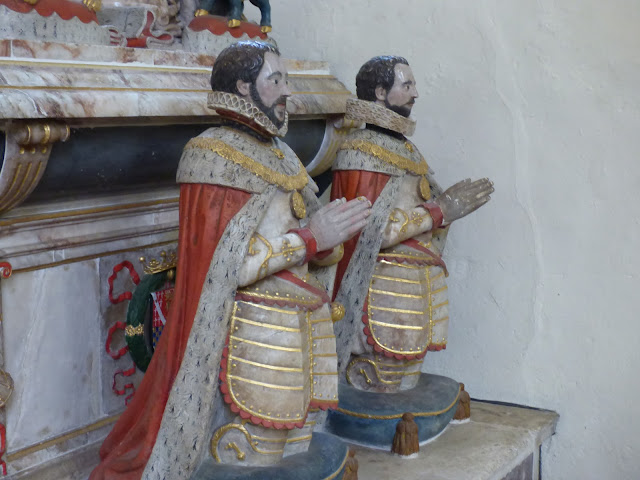 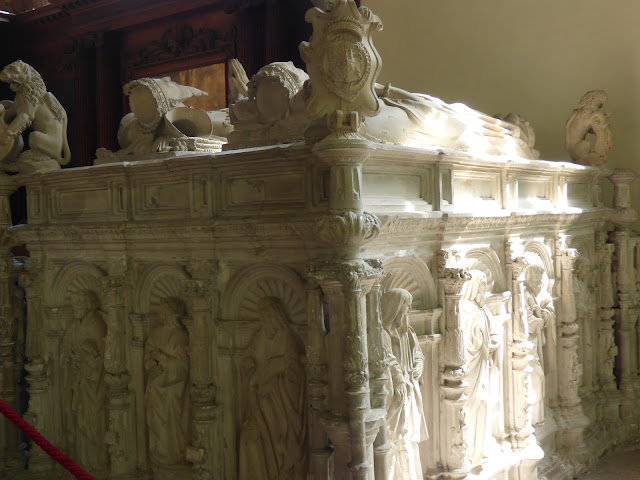 From Wikipedia
The Catholic faith of the Howard dynasty often resulted in conflict with the reigning monarch, particularly during and after the reign of Henry VIII. In 1546, Thomas Howard, the third Duke, fell out of favour with the dying Henry and was attainted on 27 January 1547; he was stripped of his titles and his lands reverted to the Crown. Imprisoned in the Tower of London, he narrowly escaped execution through Henry's death the following day, but remained imprisoned until the death of Edward VI and the accession of the Catholic Queen Mary to the English throne in 1553, upon which his lands and titles were restored to him. However, the Duke died the following year aged around 81, and was succeeded by his grandson Thomas as the fourth Duke of Norfolk. Following Mary's death and the accession of her sister Elizabeth I, the Duke was imprisoned for scheming to marry Elizabeth's cousin Mary, Queen of Scots. After his release under house arrest in 1570 and subsequent participation in the Ridolfi Plot to enthrone Mary and Catholicism in England, he was executed for treason and his lands and titles again became forfeit. 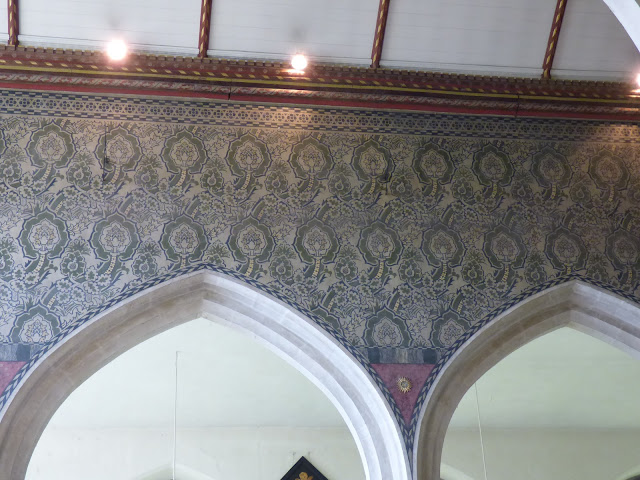 and a wall painting 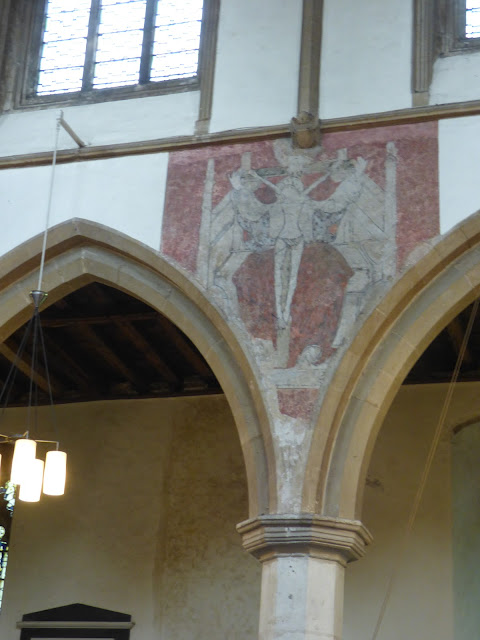 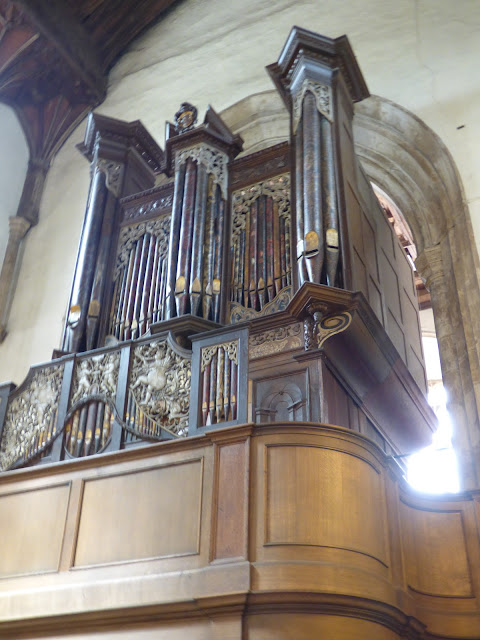 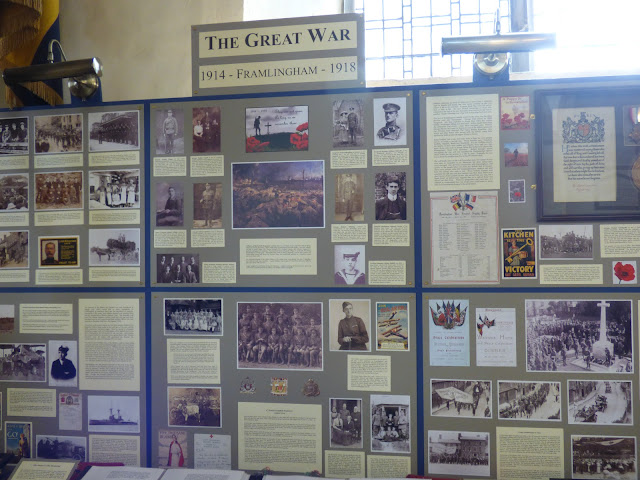 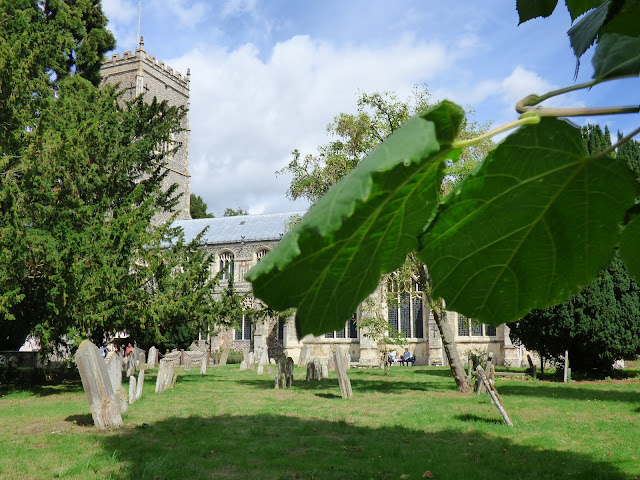 The church is full of leaflets to buy about everything you can see inside, I just put some pennies in the box for an old postcard showing an aerial view of the church and castle 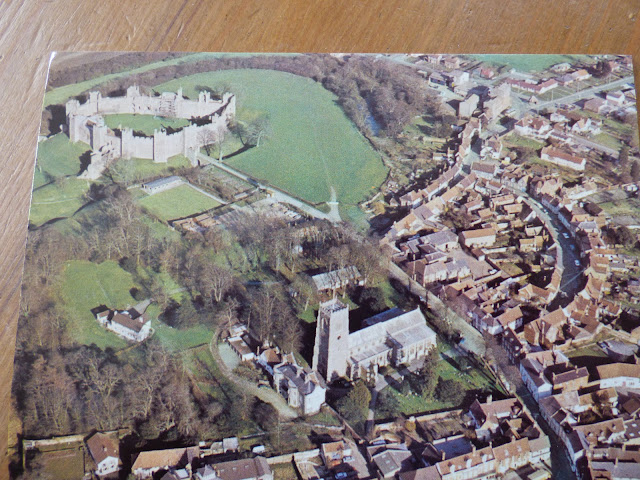 I like Framlingham, every week for a couple of years I went there with home made cakes for the Country Market (was WI Market).  It hasn't got any big shops but several small ones and  3 charity shops including the one where every now and again Ed Sheeran sells his old clothes!
The castle is of course the one in the title of one of his songs.

The big field to the right of the castle is where we held the Suffolk Smallholders Show every year for several years in the late 1990's. Then it got so popular it caused parking problems in the town and we had to move elsewhere!