The "Cathedral" of the Marshes

Some churches are hidden away in villages but Blythburgh Holy Trinity stands huge,  high and proud on the edge of the Blyth estuary, just off the A12. It is often called The Cathedral of the marshes . 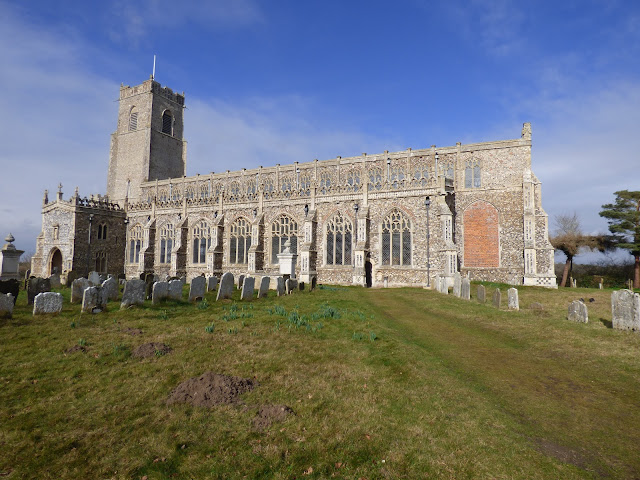 There is so much about this church on the SUFFOLK CHURCHES website and it would be impossible to copy the whole story of the church here. So do go and look if you are interested. Or even better, come to Suffolk and see it for real!

People used to think this medieval church was so big because Blythburgh was once a larger village. But Blythburgh has always been a small village and this church was built close to a Priory with plenty of money available at the time given by the pious. The size of the village meant that virtually no restoration was done between the 16C and the 19C. The roof was so bad that people had to take umbrellas and the church was actually ordered to be closed in the 1880s. It has taken a whole century for the church to be slowly restored to how it is today.

Enter through the huge porch which has a chapel in the little room above it. 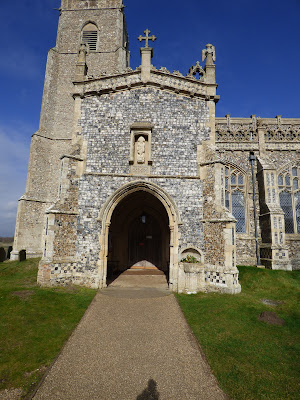 You step into a huge open area, where the sun was shining on the old uneven brick floor 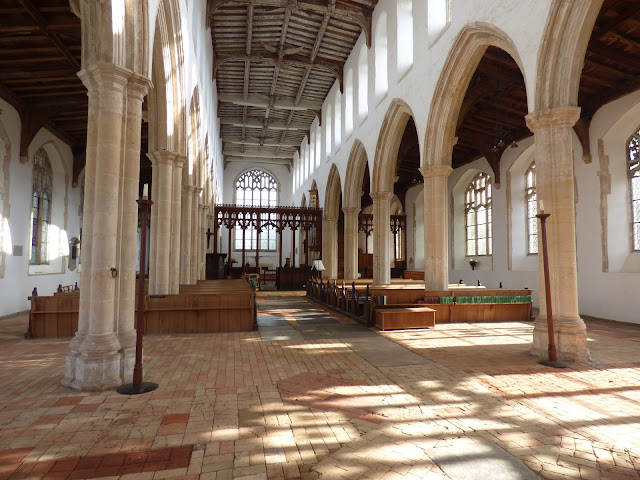 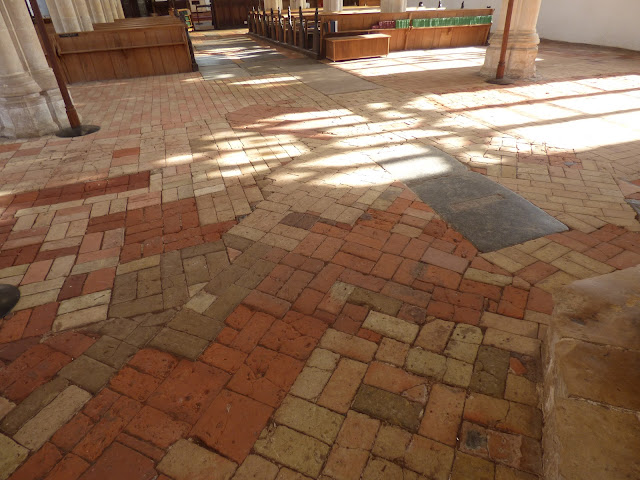 This fellow is the reason for this church  being featured in the 100 treasures book he is  Jack-o-the-clock. Jacks used to ring a bell on the hour and are quite rare, there are just two in Suffolk, the other is not far away at Southwold. Now he is just used at the beginning of services. He is wearing armour from the mid 1500's but may date from later in the 1680's. 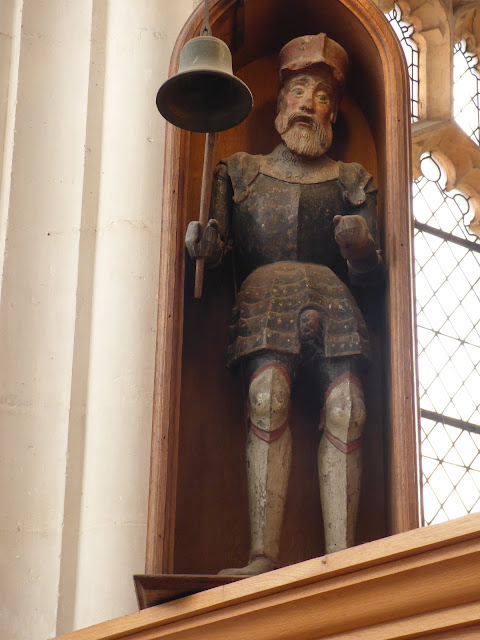 The roof is amazing and original and somehow escaped having all the angels removed and the stencilling should have also been removed during Puritan times. 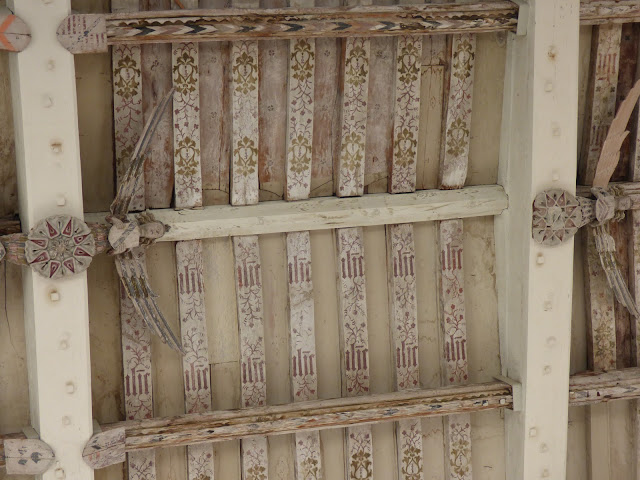 The choir stalls have carvings of saints on their fronts, they are a mystery because although they've been in the church for several centuries they seem too good for a rural church 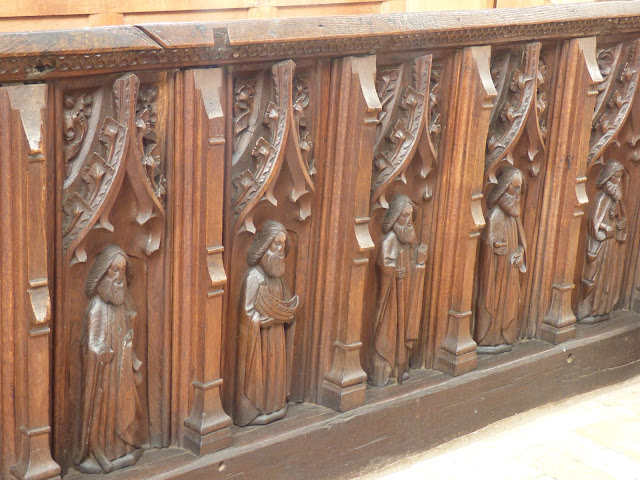 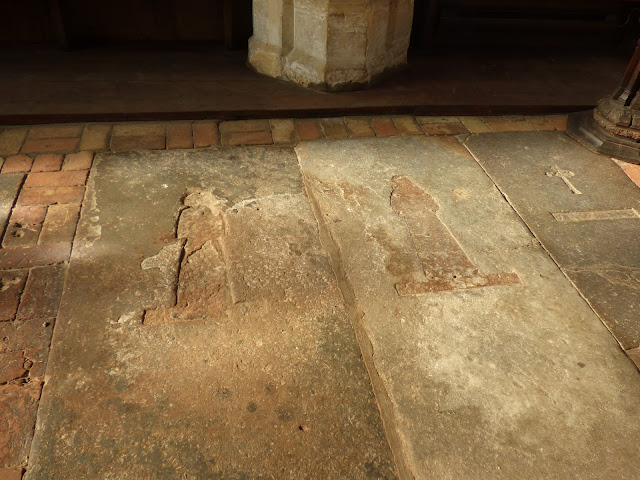 There is  a strange bronze Beast of Burden Sculpture under the east window by Laurence Edwards, a sculptor based in Suffolk 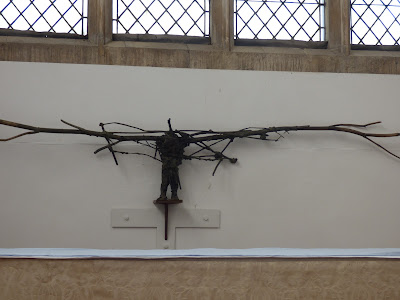 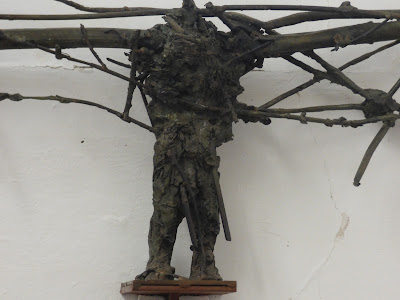 The font has had all the carvings removed at some time. It had already been damaged when the original steeple fell on it in 1577 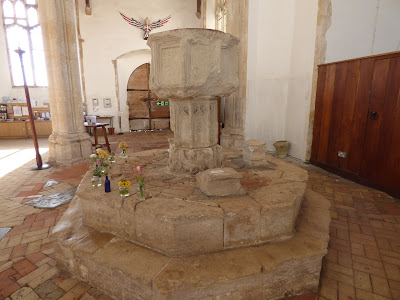 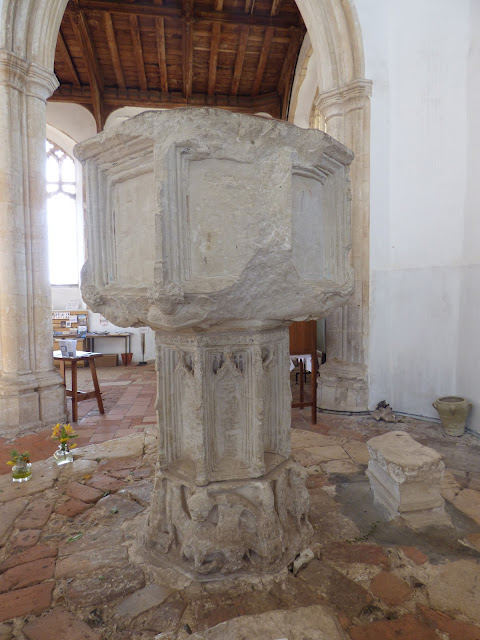 More amazingly good carvings on all the bench ends 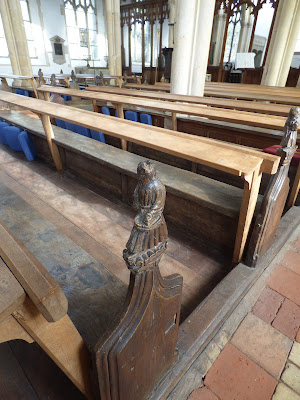 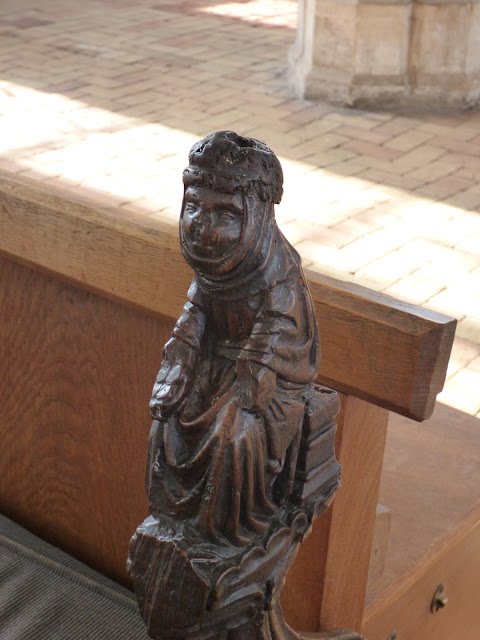 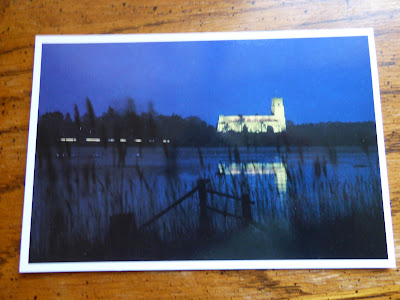 And then of course I still have the print that we bought for Col's birthday several years ago. It was originally used to advertise the area in train carriages during  the 1920s and 30's. 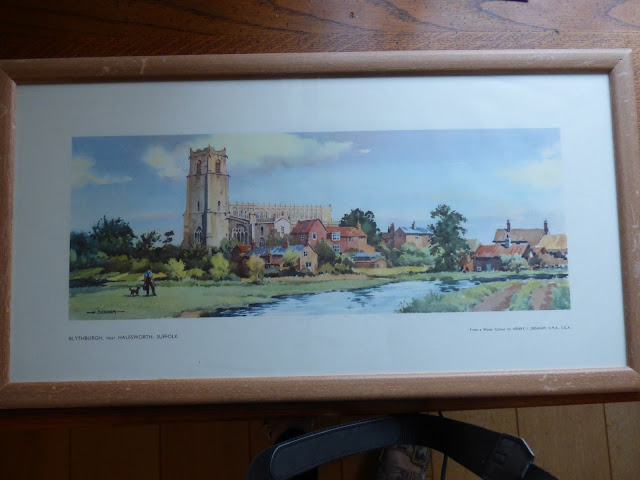 Don't forget the link at the beginning of this post to see dozens more photos of the church and lots about the history.