Imbolc (pronounced imulk) was a Gaelic festival promising the change from winter to spring. Halfway between the Winter Solstice and the Spring Equinox celebrating  a stirring of life after winter and fertility at the beginning of the season.
The word Imbolc may derive from old Irish meaning 'in the belly' referring to the pregnancy of the ewes and the beginning of lambing. The celebration  was presided over by the Goddess of youth and fertility -Bride

Later came the Christian festival of Candlemas the popular name for the feast of the Purification of Saint Mary the Virgin. Forty days after the birth of a baby mothers had to go to the temple to be ritually cleansed.

Both celebrated with the lighting of candles and fires. People would visit holy wells and ask for good health and water would be taken to bless the home and family. 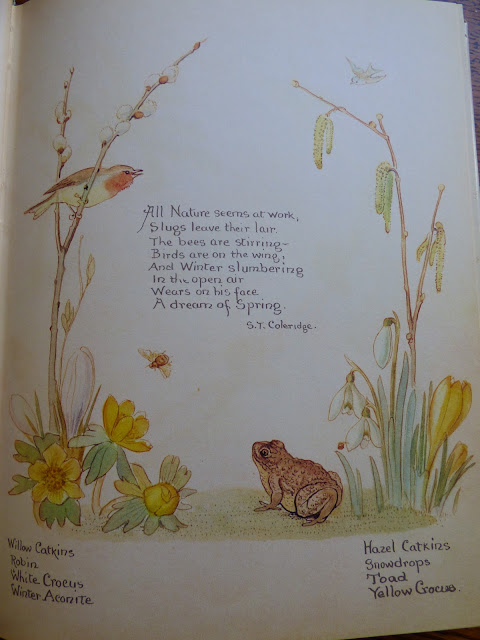 February has more weather folklore than any other month and even though it's the last month of winter, there could still be lots of bad weather to come

When gnats dance in February, the husbandman becomes a beggar

A February spring is not worth a pin

Fogs in February mean frosts in May

If Candlemas day be cloudy and black
T'will carry cold winter away on its back;
But if Candlemas Day be fine and clear,
Then half the winter's  to come this year.

Which will be correct this year? - If any!

I'm not keen on January but February is usually a bit more hopeful and although only 3 days shorter than January it seems to go more quickly. There are often some good days although snow is just as likely, but the sunny days can have a touch of spring about them. It's also the time I get started with some seed sowing.........indoors only - needs to be much warmer for me to venture into the greenhouse.

Back Tomorrow
Sue
Posted by Sue in Suffolk at 06:00
Email ThisBlogThis!Share to TwitterShare to FacebookShare to Pinterest
Labels: Candlemas, Folklore, Imbolc