I had this post half written in drafts, then next time I went back to add something it had vanished and replaced by another post. No idea what I must have done to lose it or how something got copied from one to another  and now I can't remember what was on it. Ho Hum!

I know that June's income was the usual County Council spouses pension, repayment of loans from family, small amount of interest and an unexpected £50 from the sale of a couple of boxes of odds and ends from the workshop.
(Savings had to be used again as always)

I know that the outgoings would have been quite small until the car tyre fiasco as June is a good month with only the electric bill due. There were all the usual expenses.........food for me and the cat, diesel for the car, phones and charity direct debits.
The other spending was the family day at the Steam Fayre early in the month,  a hair cut, more multi-purpose for re-potting the things on the patio, the window cleaner turned up and I bought a new 20 swim ticket which is now £37.40 and the battery strimmer. Then the blinkin' tyre......getting Ashley out to take the  damaged tyre off and fit a temporary one, the new tyre and the spare tyre set..... nearly £250 total.....Gulp! I also spent out on  a few perennial plants to fill gaps that I'm trying to clear among all the aquilegia. And bought a new surge buster plug thingy to protect the TV and Free Sat box.
Still waiting for the bill for the new kitchen lights and the replacement sockets. 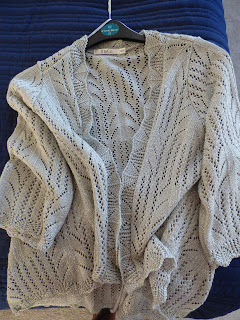 Still Clearing out
Some old chipped plates from the garage (why were they there?) into the dustbin
2 large cushions that were once in the caravan from airing cupboard to textile recycling
Large old throw ditto.
Craft papers into the cupboard under the stairs ready for car boot sale.
Bag books  ditto
Few more items clothes to charity shop
2 Boxes of Things from the workshop to a smallholder

There are no utility bills due in July so it should be an even better month. I hope I can do another car boot sale with some of  the workshop stuff.


Posted by Sue in Suffolk at 06:00
Email ThisBlogThis!Share to TwitterShare to FacebookShare to Pinterest
Labels: Frugal Month Notes