July is named in honour of Julius Caesar, July usually contains some good hot days and these are sometimes referred to as Dog Days. At this time of year Sirius, the dog star, rises at the same time as the sun and was thought by the ancient Romans to give the sun extra heat. The Dog days run from July 3rd until August 11th

As the dog days commence, so they end


Anglo-Saxon names for the month are Heymonath or Meadmonath referring to haymaking and the flowering of the meadows.

Apparently the word July used to be pronounced with the stress on the first syllable as in duly and truly. It changed to the way we say it now during the 17th century. 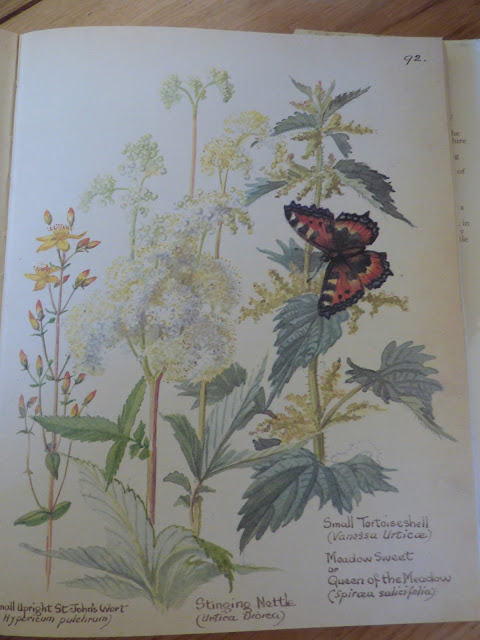 Meadow sweet is one of the plants that has now disappeared from the lane by the ditch due to the two neighbours down the lane clearing and leveling all the soil. Although I still have plenty of nettles for the butterflies! Red Admiral, Tortoiseshell and Peacock Butterfly larvae all need nettles to feed on.
I haven't seen many butterflies yet this year. Just Meadow Brown and then The Painted Lady which have arrived en-masse to this country - (see Si's blog HERE). 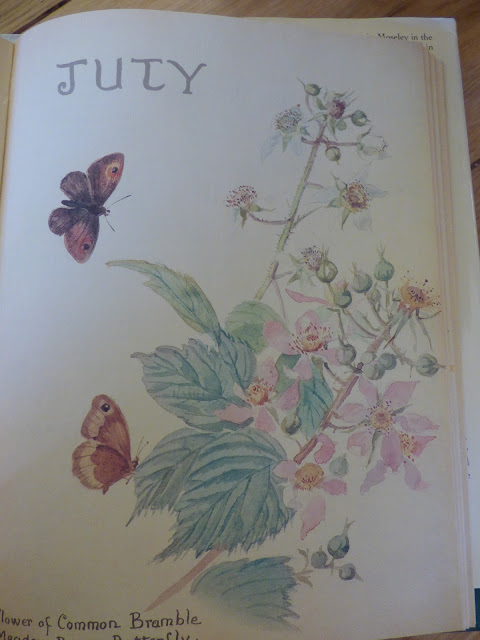 July 15th is St Swithin's Day and everyone knows about the weather on that day being the same for the next 40 days......supposedly!

Writers have looked back to historic records and found that on average only 17 days after St Swithins will have rain and never have 40 days of rain been recorded - Thank goodness!

There was also a belief about the ripening of apples. It was thought that if it rained on the 15th the Saint was christening the apples and there would be a good harvest. In many areas no one would eat an apple before this day but after the 15th windfall apples could be used for jam making.
'Til St Swithins Day be past
Apples be not fit to taste
Back Tomorrow
Sue
Posted by Sue in Suffolk at 06:00
Email ThisBlogThis!Share to TwitterShare to FacebookShare to Pinterest
Labels: Folklore