The August meeting at Big WI was all about an exotic garden in Suffolk.  I'd seen the signs for it as it's off the A12 where we used to drive between the smallholding and Lowestoft but knew nothing about what was there.

The owner of the garden is Andrew Brogan who came to London from Ireland in the 1960s. He played in a band then worked in something to do with the stock exchange before his job was moved to Norwich. 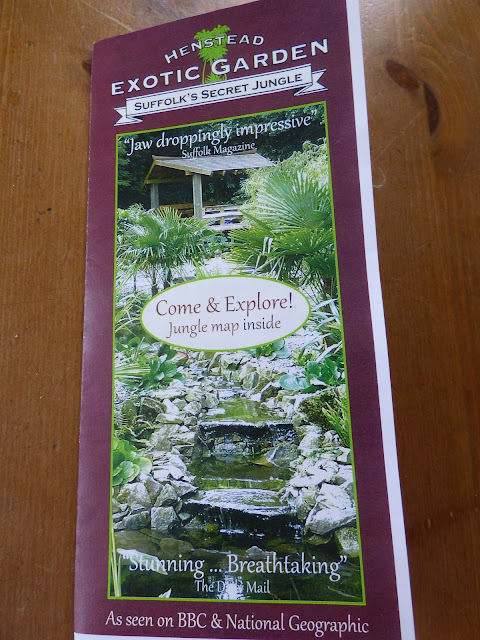 He'd never been interested in gardening but visiting somewhere with winter hardy palm trees got him started and he began to make this garden in the small area behind his house. Gradually he was able to buy more land from the owner of the Henstead Estate and he now has 2 acres of palms, bamboos, ferns  and other exotics but all winter hardy and in this country normally seen only in Cornwall. 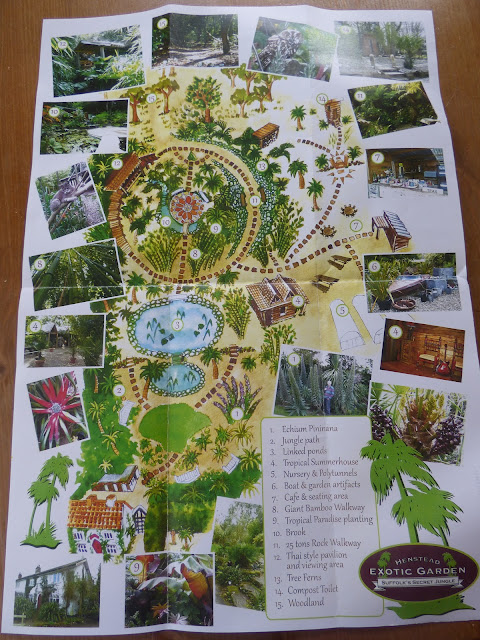 He had slides showing all the work as it progressed, the small buildings all self built in timber, the huge amount of stone he brought in to build a sunken pathway. The latest addition in the last few years is a nursery so visitors can buy the plants they see. He had lots of humourous recollections of the people he has met along the way and it was all very interesting.

A few years ago one of the resolutions put forward at the WI national level was to highlight the problems of plastic 'soup' - that is micro plastic in the seas. Now according to last nights Countryfile programme nano plastic is now getting into our  meat. Very small amounts of plastic are allowed in the feed products made for animals. It comes from the food producers - for instance biscuit factories who send all their unwanted or left over produce to feed manufacturers and although the process takes out the majority of the packaging a tiny amount gets through and into the pellets. Scientists believe that the plastic can be so small it will transfer from the animals gut into the meat we eat! Even more reason to cut down on meat eating and to try to eliminate all single use plastics.