Another church from the book "100 treasures in 100 Suffolk Churches"

A beautiful small church in a very, very small village (population 100) on the edge of Suffolk. Down a narrow lane through the sandy heath land onto a mound that sticks out into the River Alde with marshland all around. In a straight line the sea is only a couple of miles away and when St Botolph founded his  monastery here in  AD654 it would have been easy to access, but over the last 1300 years the coastline has moved so that the river twists backwards and forwards before reaching the sea at Shingle Street many miles south. 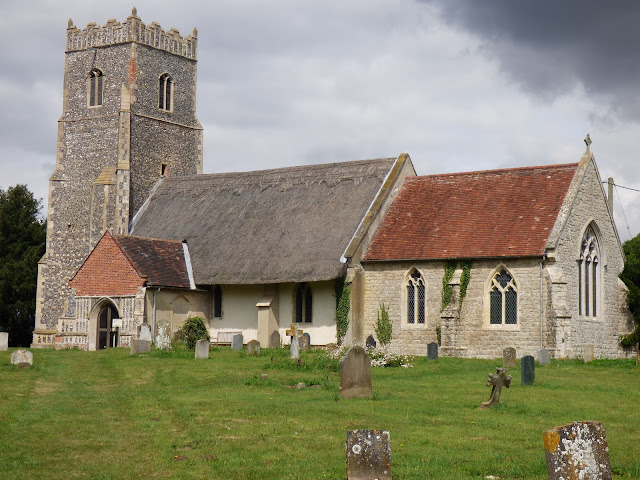 The C14 nave was destroyed by fire in 1968, from the Suffolk Churches website I read this


The pews have been replaced by 19th century benches and look very odd and as Simon Knott says on the Suffolk Churches website..........surely plain wooden chairs would have looked better. 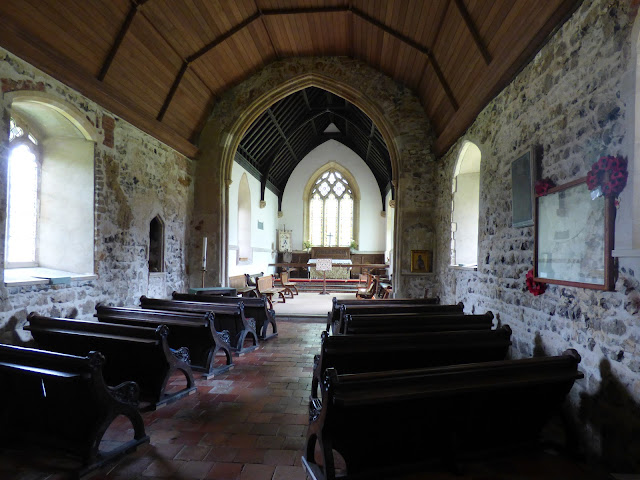 This wooden ceiling replaced many years after the fire is very new compared to the stonework of the church. 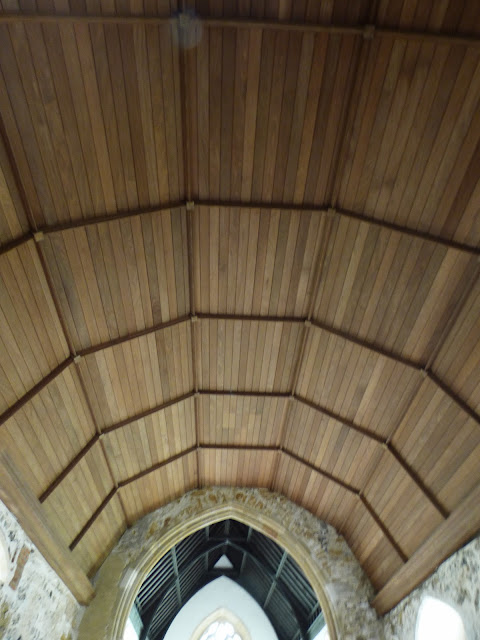 The carved Reredos over the altar shows the last supper 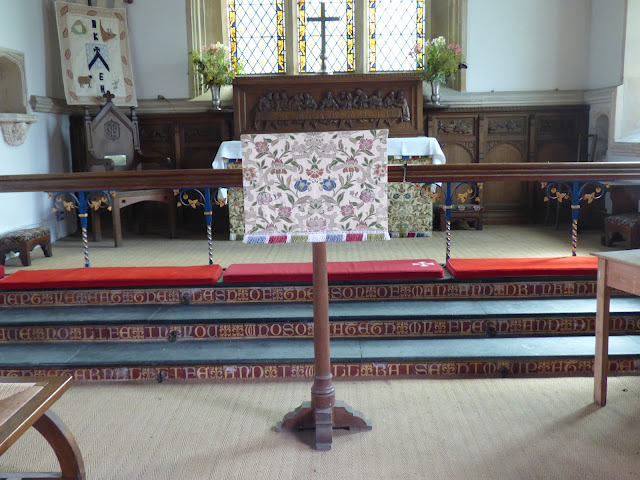 Stained glass window above the altar 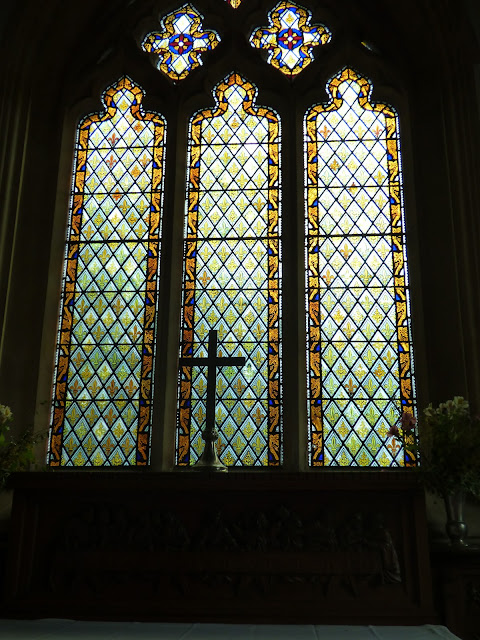 And this large lump of stone is the reason this church is in the 100 treasures book. It is part of a Saxon cross and was discovered being used as part of the stonework in the C14 tower when it was restored after the fire. It is the lower 1.5 metres of the upright which would have been about 3 metres tall. Possibly a cross erected here in C9 after the Danes destroyed the Monastery.
I wonder where the stone came from..........certainly Not from Suffolk. 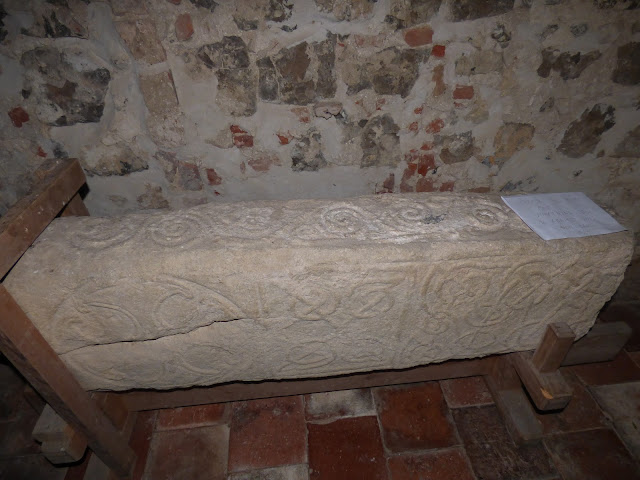 Close up of the Saxon carvings decorating the stone 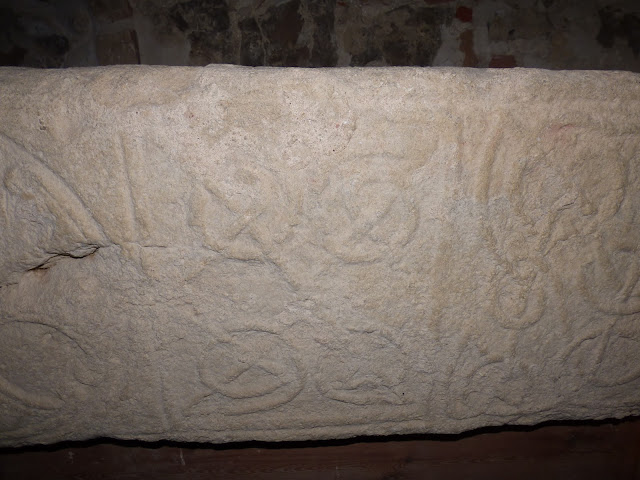 Ancient font saved from the fire 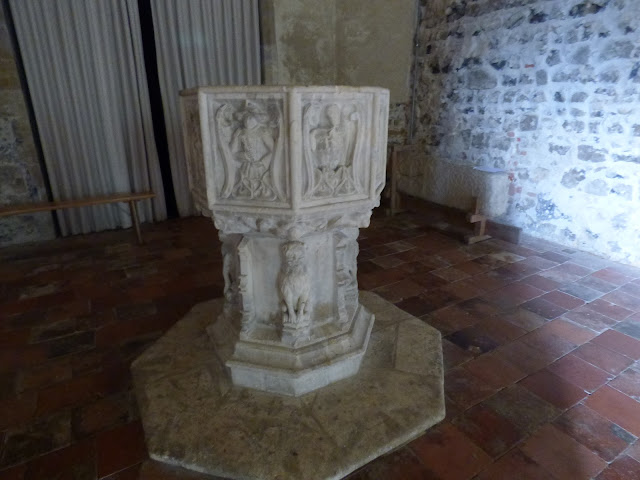 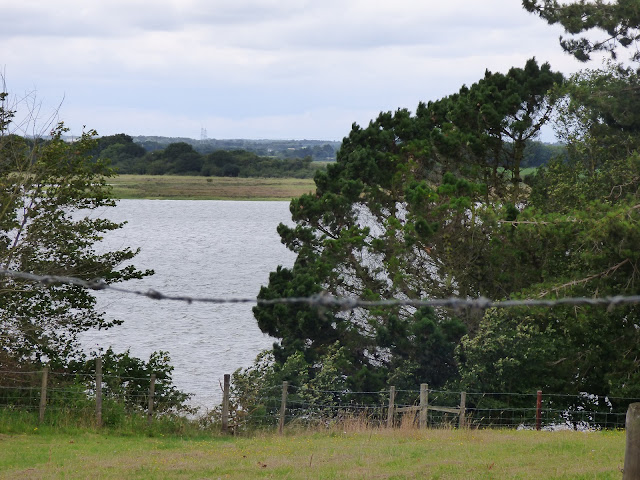 Across the river you can see the big house of the Blackheath Estate, owned by the Wentworth family for many years. They owned huge areas of this bit of Suffolk including, in the early C20, the land on which our smallholding was built, 5 miles North as the crow flies but nearly 10 miles by road. 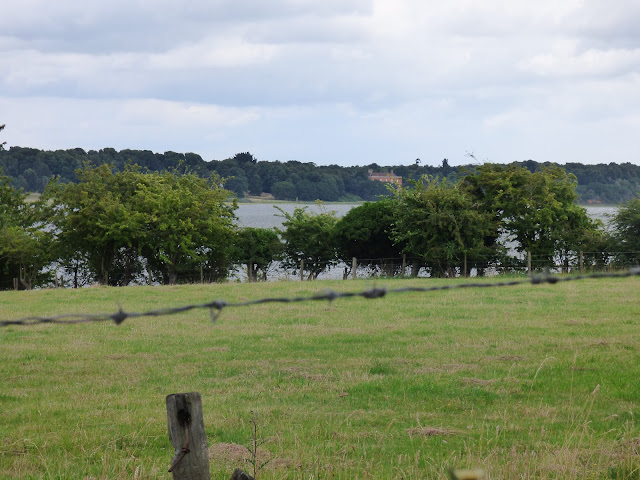 Much more about this church HERE

(The big black cloud in that first photo started chucking rain on me just as I finished taking the last photo!)