Plastic for Recycling or into the Rubbish Bin?

Our September meeting at small WI will be a lady from Suffolk County Council telling us everything we need to know about recycling. I think we will be asking her pointed questions about where our plastic we put into the recycling bins actually ends up. Then there is all the news about plastic in the sea and now getting into animal feed, and the increase in people in this country trying to cut down on single-use plastics so I thought it would be interesting to record what plastic went into my bins (both recycling bin and rubbish bin) in a week. Hopefully by doing this I can then see about looking for alternatives and reducing in future.

I started on Monday 12th

Fruit punnet is PET1 so recyclable but its plastic film cover isn't . One piece of cling film there that I needn't have used.Stir fry sauce pouch. I bought the plastic Red Wine Vinegar for making tomato relish from Morrisons  as that's where I was shopping a few weeks ago. I've now found a glass replacement. (see end of post). Wrapping from hot cross buns ( shared with Florence and Youngest daughter - Florence loves Nana bringing hot cross buns! 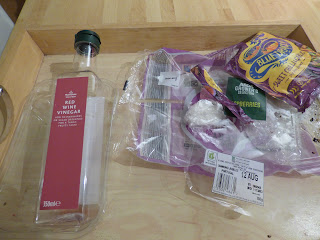 Tuesday 13th
Not much today
Top wrapper from pack of ham. The bottom bit went in the bin when it was opened. I always put the ham in a container but keep the top plastic film for the date. 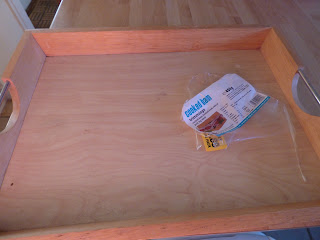 Wednesday 14th
I'm now buying the cat food in foil containers as foil is recyclable but still have lots of pouches to use up.  My frothy coffee sachets.(Ooops forgot the coffee sachets off Monday and Tuesday photos).
The seal from a jar and a few other bits. (I was interested to see Aldi doing wonky strawberries - they were cheap but needed eating very quickly).
Plastic fruit punnet.PET1 into recycling. 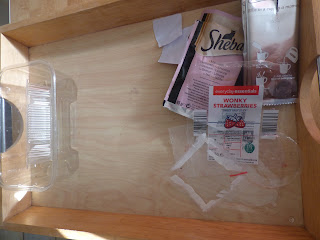 Thursday 15th
The net from a fruit punnet, a bag from supermarket veg; The backing from double sided sticky tape and labels; wrapper from milk bottle; coffee sachet.
Milk bottle and fruit punnet into recycling 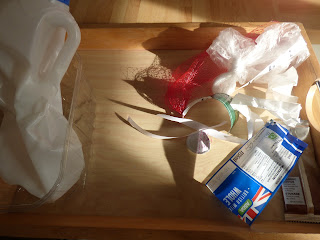 Friday 16th and Saturday 17th
Cat food wrappers, coffee sachet, rice packet (is there any other way to buy rice other than in a plastic pack?) quavers crisp packet (took these to eat at the car boot I was helping at, with a sandwich, as I had to go so early before breakfast!).
Into recycling was a plastic cappuccino  coffee 'jar' . Saw this in Lidl, a while back as a one-off although I worked out afterwards that it cost more than the Asda coffee sachets - typical! 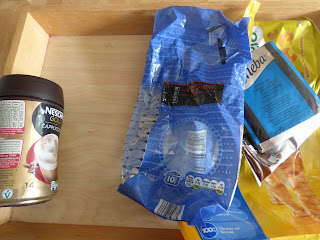 Sunday 18th
Not much yesterday 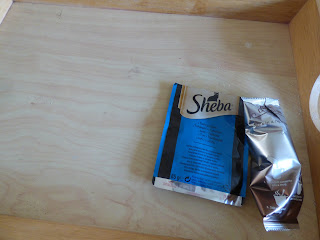 I researched what  Suffolk County Council  will RECYCLE A-Z

"Every single bag of general refuse from households and businesses in the county is going to a £180million incinerator plant in Great Blakenham, near Ipswich – preventing any rubbish going to landfill.
The burning process creates enough energy for electricity to be pumped to 30,000 homes and saves taxpayers £8million a year through cutting landfill taxes, according to Suffolk County Council."


Replacements found so far.
Aldi do Red Wine Vinegar in Glass. Well done Aldi AND they have peanut butter with no salt,sugar or oil added, - in glass - Well done again.  (better value too than the Meridian in Plastic tub which I was buying) 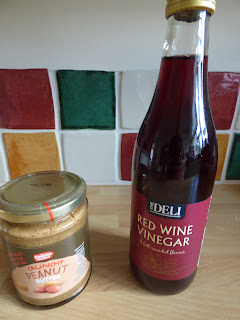 I eat lots of fresh fruit so ought to look for fruit punnet replacements? What fruit is sold loose in Supermarkets? bananas, apples sometimes, melon?  At the fruit shop near where we lived on the edge of Ipswich they still use paper bags for their loose fruit but driving there would use twice as much fuel - a silly idea.

If only all fruit I love was like this - fresh from the garden. The plums, which I'm picking a few at a time,  have wasp and plum moth maggot damage so need cutting open and bits cut out before eating and the few late summer raspberries were a surprise - But NO packaging! 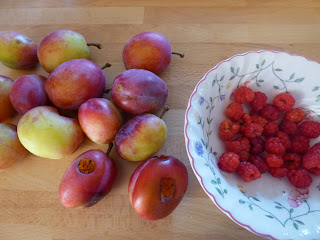 I have no idea if this was a typical week, and also no idea how this compares to other single person(+cat) households, it would be interesting to find out.

Back Tomorrow
Sue
Posted by Sue in Suffolk at 06:00
Email ThisBlogThis!Share to TwitterShare to FacebookShare to Pinterest
Labels: Reducing Plastic, WI