A wonderful special display all about the 100th anniversary of Bacton WI.
The lady who put this together spent months doing it . Hopefully it will get displayed elsewhere for the rest of the year as it was impossible to read all of the information on Saturday. 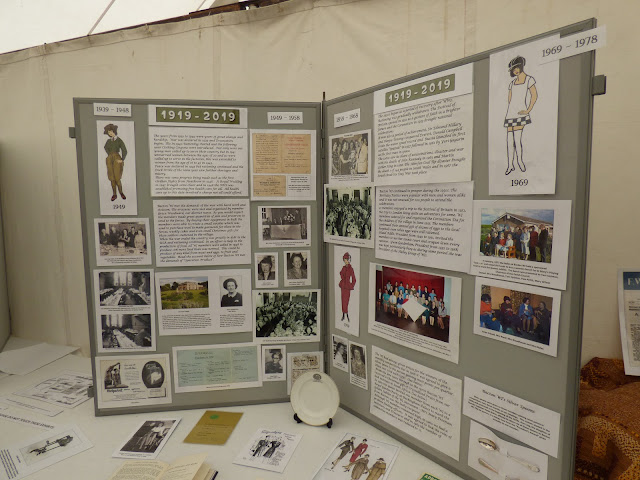 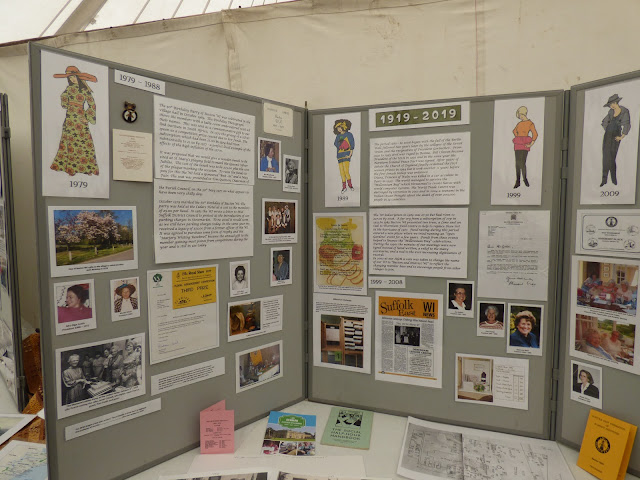 I'd never entered a tray of vegetables in a show before - mine is back right and compared to the experts mine was pathetic! 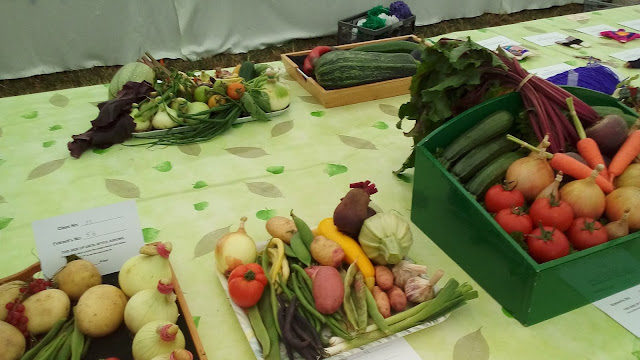 But much better luck with my 5 Ripe tomatoes. Mine are the monsters (Big Mama) front left and won me a 1st prize of £1.50. The yellow tomatoes on the left are also mine in the cherry tomato class. They are meant to be yellow! Very tasty and a 50p third prize. 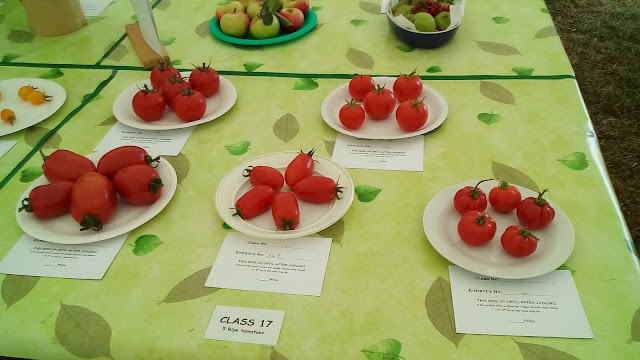 When I put my Suffolk Rusks on the table early in the morning there weren't many entries but later the table was full. No luck with these although they  taste good 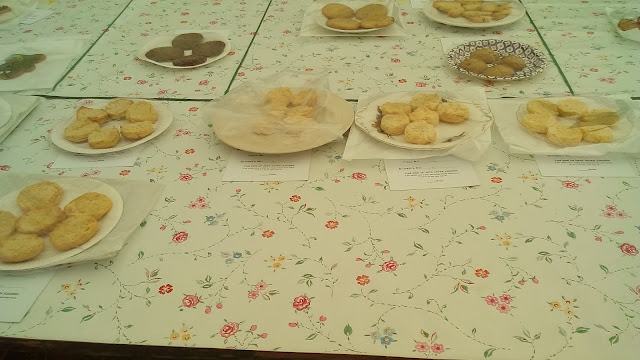 The Chocolate/vanilla chequered cake with chocolate and toasted coconut topping which made a chocolatey/coconut mess all round the kitchen. Mine is the one in the middle at the back. No luck here either but it's delicious so that's OK 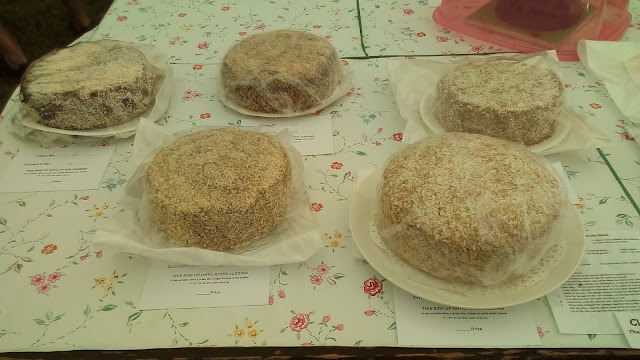 A few of the flower arrangements, not something I could do, wouldn't have a clue where to start. 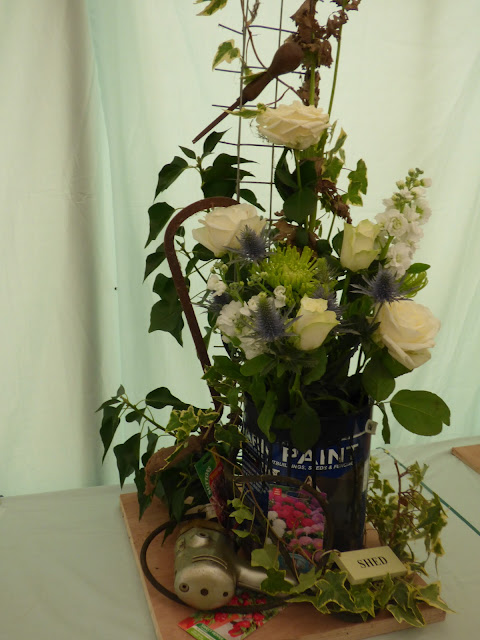 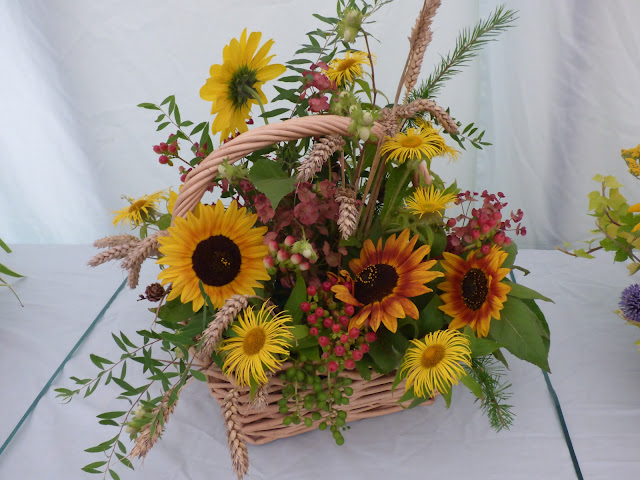 No prize for my herbs this year, mine is the jug on the left. The others were completely different to mine and looked lovely 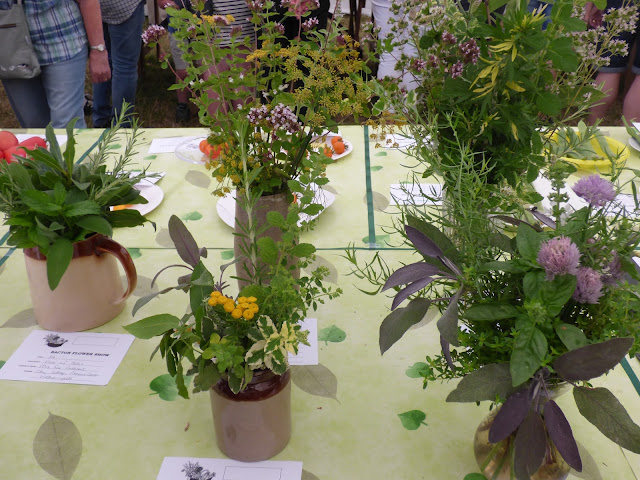 I love the miniature arrangements 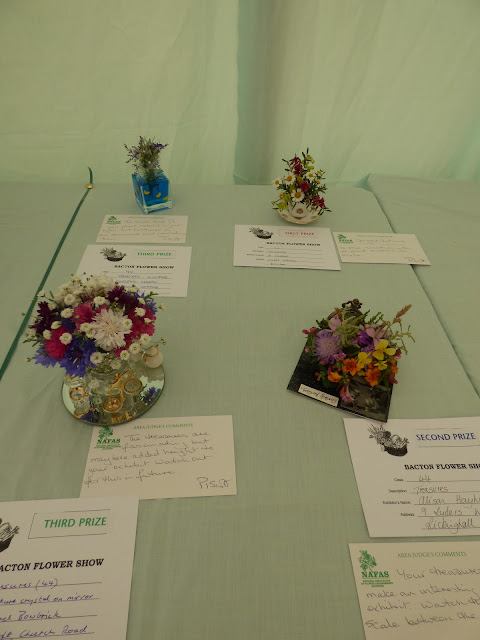 Stowmarket Concert Band were there again. 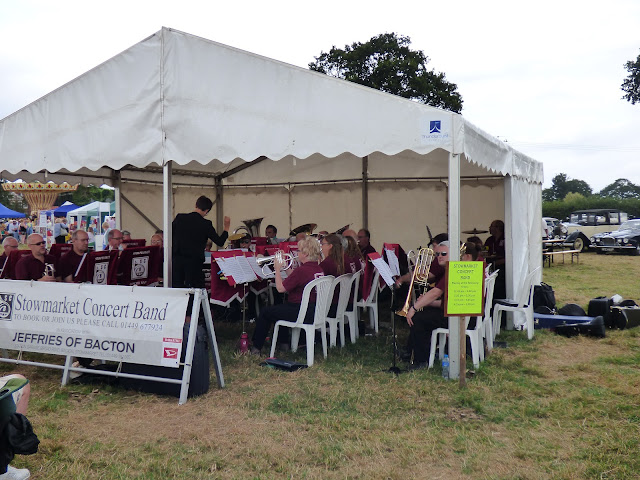 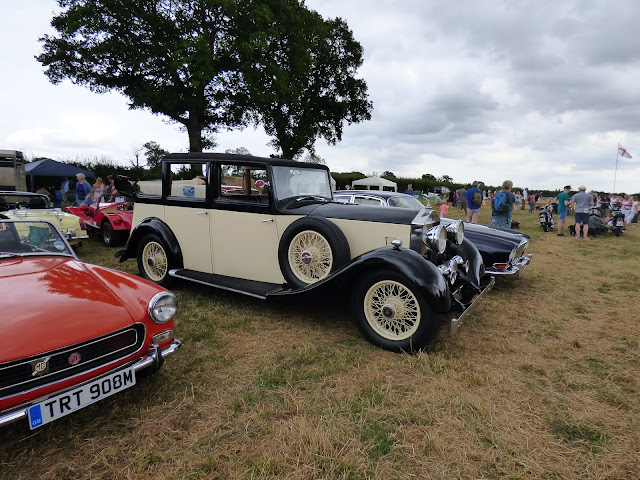 Part of the small funfair that comes every year 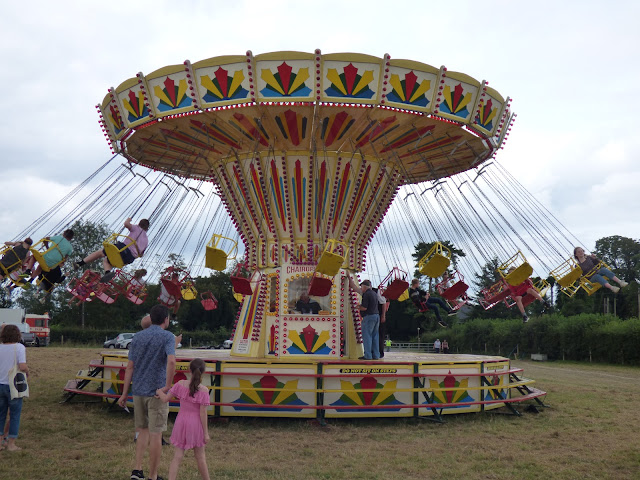 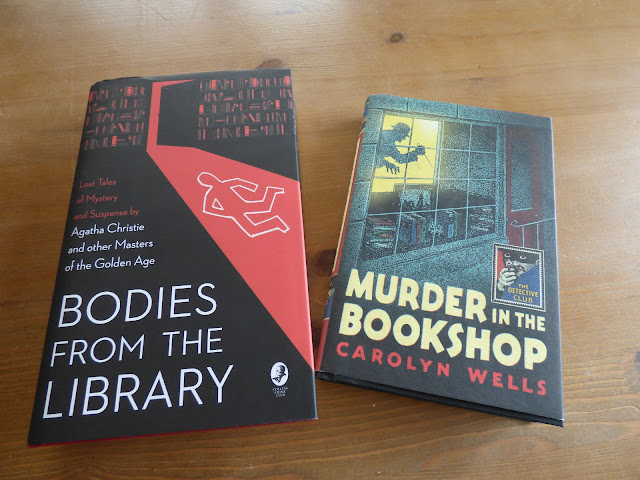 After my hour helping on the WI cake stall, I sat around chatting to various people until it was time to collect up all the things I'd entered and my prize money and head home.

I do like being back in this bit of Suffolk and knowing so many people from years ago as well as new people because of belonging to WI.


Back Tomorrow
Sue
Posted by Sue in Suffolk at 06:00
Email ThisBlogThis!Share to TwitterShare to FacebookShare to Pinterest
Labels: Bacton Fayre, Local Events