I took my camera with me on a walk to the Post Office/shop last week. It's not very far.

This border is mine between my shingle driveway/parking area and the path up the little hill to the village. Me and my neighbours share the entrance way off the road and then they park in front of their house and I park in front of my bungalow. 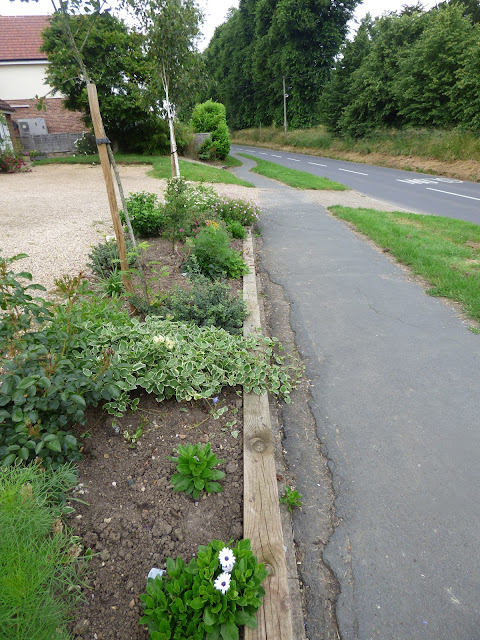 This village has terraced rows of old houses in several streets like you would find in a town. The trees on the right are on the edge of the churchyard 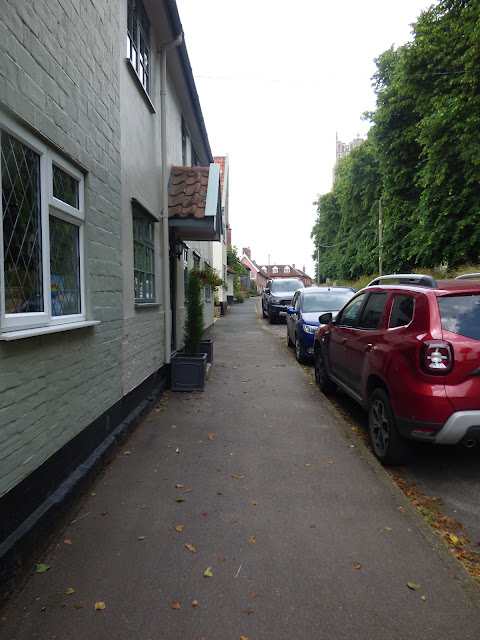 Several of the houses have squeezed in some flowers between their house and the path..... Oh there's the window cleaner up the road. He did mine last week. Odd thing is he lives over the A140 in the village where I used to live and once thought about buying the strange long-empty house in my lane. 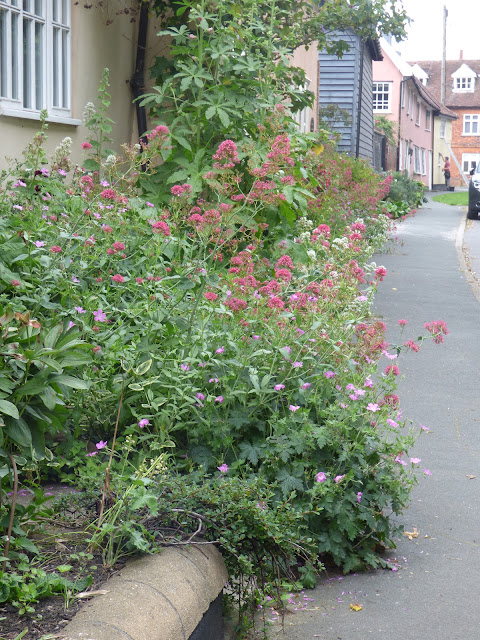 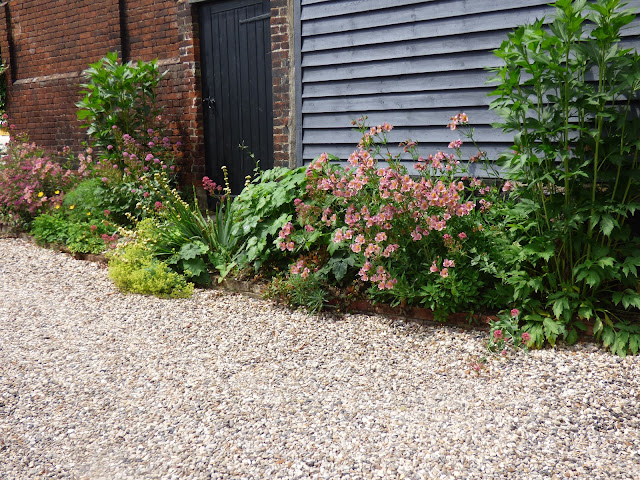 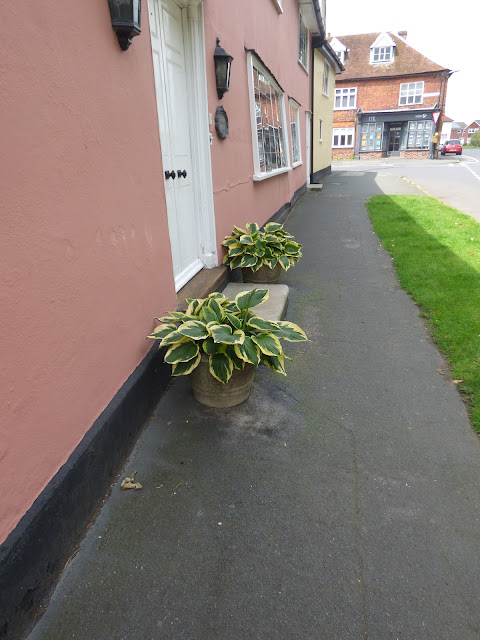 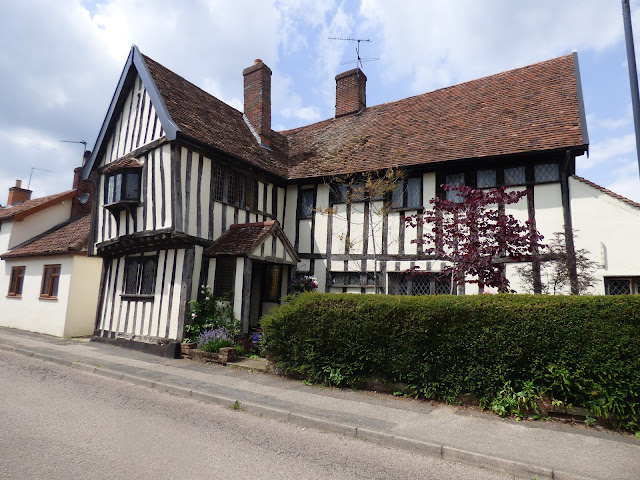 And just a wee bit further another equally ancient house. I don't know the history of this although  there is a book about the village history written a few years ago but only available to look at in Reference libraries 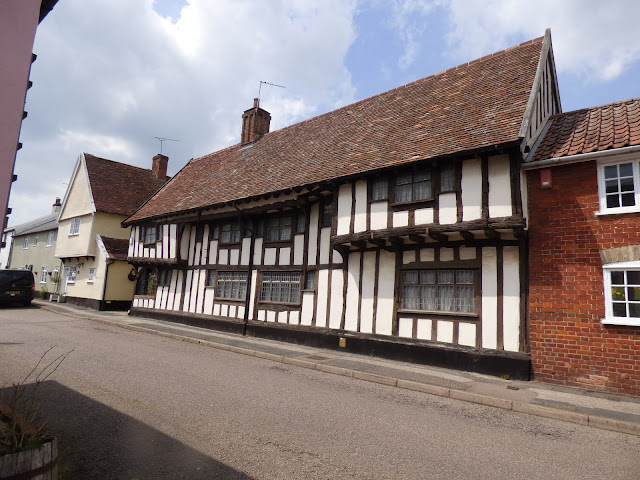 Into the shop and after posting a parcel an ice-cream shouted at me from the freezer! This is a bargain edition of a White Chocolate Magnum - same taste at third the price - yum. 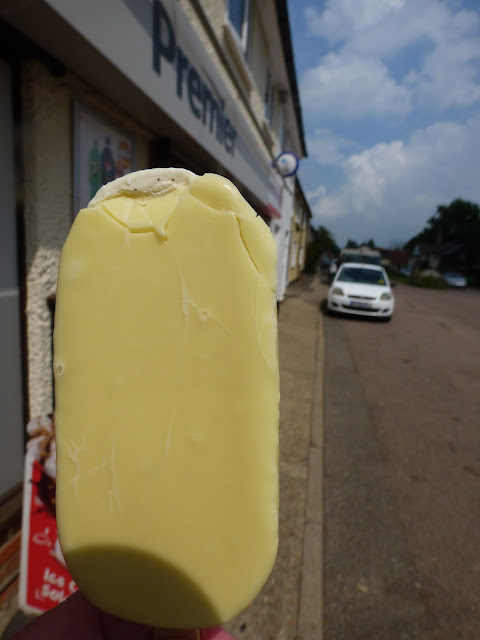 Below is the little United Reformed Church. WI will be held here when they get going with proper meetings again. Actually quite a lot of organisations will need to use this now because the Village Hall adjoining the Primary School which had a Large Hall belonging to the County Council and Small Hall belonging to the Village Parish Council has been taken by Suffolk County Council to use as extra school accommodation. The plans are for new Special Needs classes to serve a wide area sometime soon. The Small Hall was sold to SCC but the money raised isn't enough to build a new hall for the village. Much fund raising will be needed I think. It's all been quite controversial.....village politics often are. 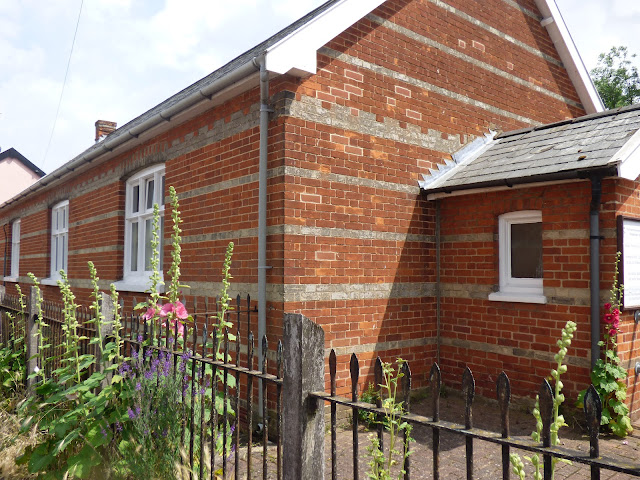 Heading back down a different road, more old properties 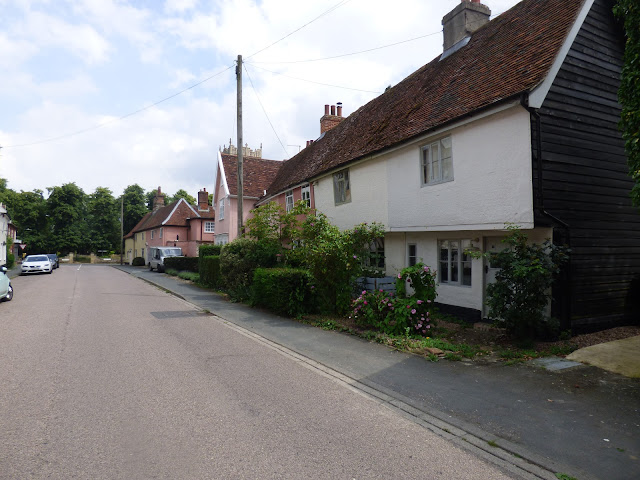 Like most villages there would have once have been more shops selling all sorts. It's been many years since these buildings were shops . 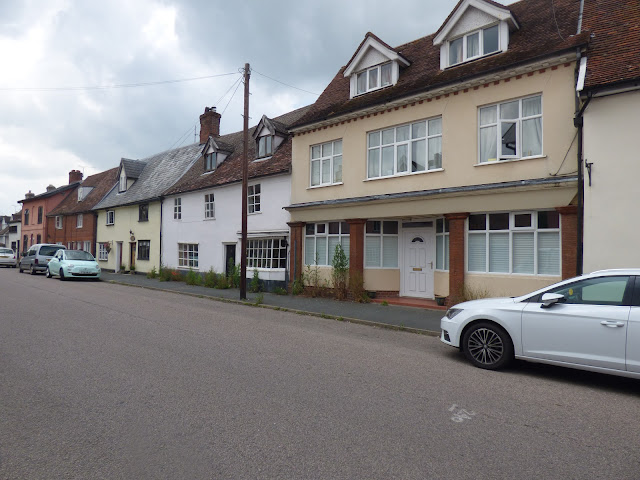 And back down the little hill passing the house with Hostas and the Church. 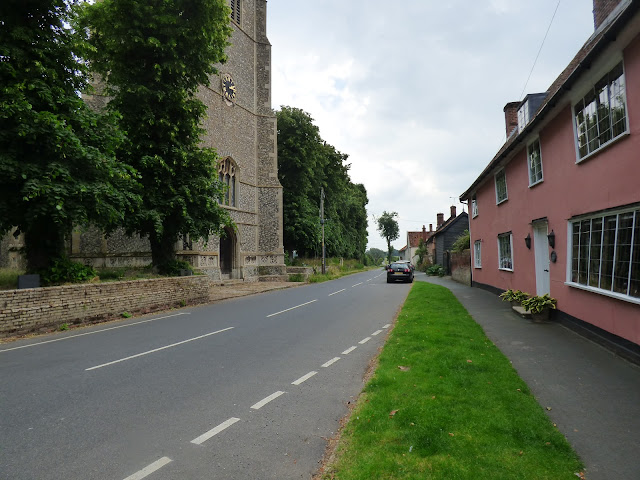 That's a quick walk round the centre and oldest part of the village.

Posted by Sue in Suffolk at 06:00
Email ThisBlogThis!Share to TwitterShare to FacebookShare to Pinterest
Labels: Village Life