Recent boot sales involved lots of looking but not much buying (good!) Firstly Needham Market on Saturday - not many people selling as rain was forecast yet again. 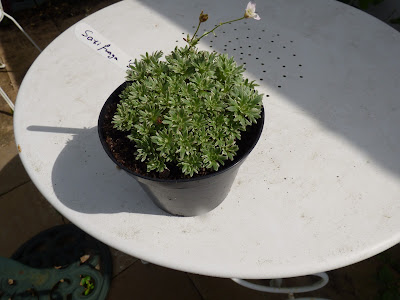 The Sunday Car Boot at Stonham Barns was busier than it's been for several Sundays, there was bright sunshine early which must have drawn out the sellers. I bought this big new holdall to replace something similar that I used for clothes during the weeks in holiday lets as I don't possess a suitcase. I crammed so much weight in the old one that the handles broke.The old one had been Col's hospital bag - always half-packed right ready for all the trips he had in ambulances - so it had been around for several years. 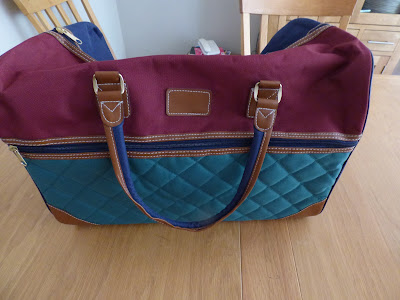 Also bought a small punnet of gooseberries for £1 (mourned the smallholding days when I picked lbs and lbs of gooseberries to sell!) to go in the freezer to add to the strawberries for better setting jam. I found a small oblong terracotta planter - meant for the plant stand but it looked all wrong beside the round pots so maybe not.

Finally (said I couldn't resist craft bits!)  I picked up these for 50p each. Each page in the pad of Hunkydory has die-cut card toppers and extra bits that fit just right on the pack of 20 cards - which are an unusual size. 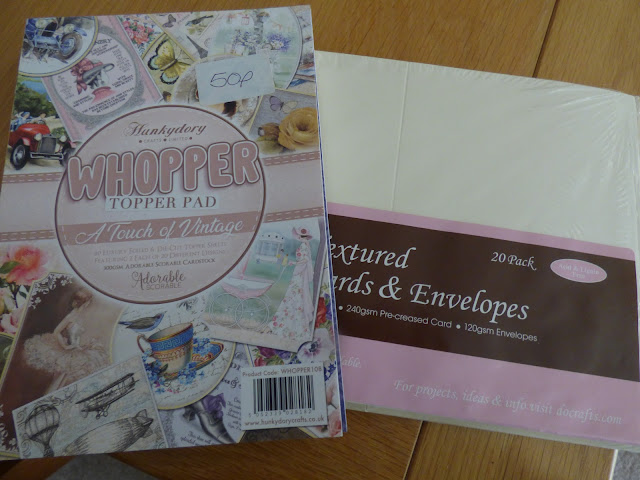 Posted by Sue in Suffolk at 07:00
Email ThisBlogThis!Share to TwitterShare to FacebookShare to Pinterest
Labels: Car Boot Bargains, The Plant Stand