The July page from An Illustrated Country Year by Celia Lewis

July is named in honour of Julius Caesar and apparently the word July used to be pronounced with the stress on the first syllable as in duly and truly. It changed to the way we say it now during the 17th century.

Dog days. the sultry part of the summer, supposed to occur during the period that Sirius, the Dog Star, rises at the same time as the sun: now often reckoned from July 3 to August 11. a period marked by lethargy, inactivity, or indolence.

Anglo-Saxon names for the month are Heymonath or Meadmonath referring to haymaking and the flowering of the meadows. 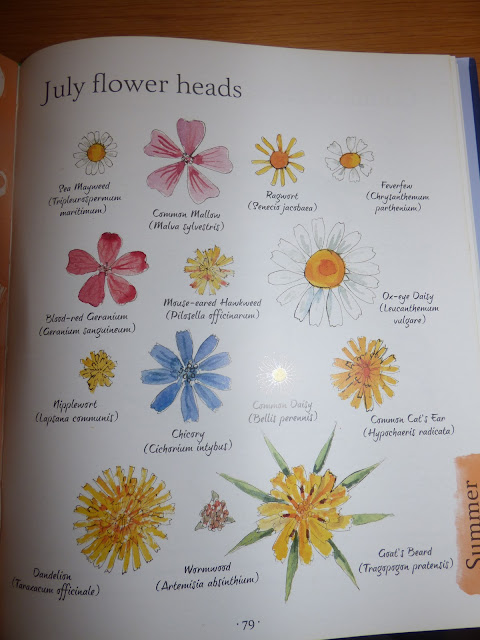 "Gillyflower is an old name that seems to have been given to a whole group of fragrant flowers in the 14th-16th centuries. One definition says that the name means 'July flowers', derived from the French, juillet , (jillyflowers) This would make sense as French was the language of the Royal Court and was widely spoken. As time passed the name was used for mainly just for Pinks, forerunners of Carnations and the 'clove gillyflower' was Dianthus caryophyllus."

There were no Gillyflowers/ Pinks here so I have remedied that by picking up one from a stall on the Saturday market in Stowmarket. They are not a flower that I've had much success with in the past in other gardens but I'll try again. 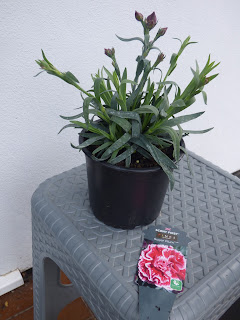 But on the plus side the Wimbledon bit of the Summer of Sport was pretty good yesterday with fairly straightforward wins for Cam Norrie and Dan Evans and it was a  nail biting night watching Andy M battling brilliantly through his second round - what a win! Not forgetting  a young unknown British girl Emma Raducanu won through to the next round too.
There have been years when no British player has got further than the first round so to have at least 3 in the 3rd round is a treat to see.
(I had a quick look at Le Tour but time trials didn't seem very interesting to watch. I'm waiting for them to get out into the country and up some mountains so I can see the views! )
Back Tomorrow
Sue

Posted by Sue in Suffolk at 06:00
Email ThisBlogThis!Share to TwitterShare to FacebookShare to Pinterest
Labels: Folklore, Summer of Sport 2021, The Garden