Apple ID at The Museum

Firstly, thanks to everyone for comments about card making, I'm not in a hurry to pass on everything to a charity shop yet and I'll ponder other ideas for later. 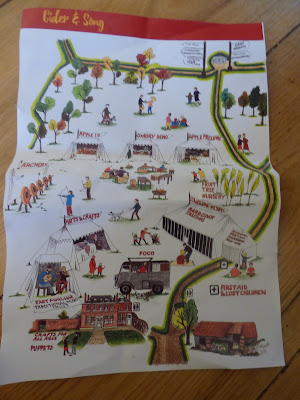 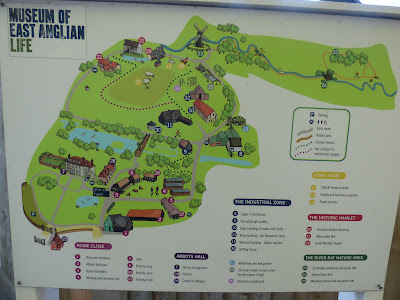 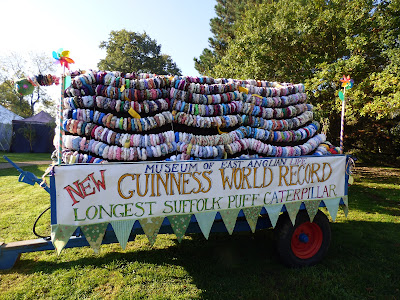 I headed here - to the apple identification tent as I wanted to find out what varieties the three apples were on my family tree. They said that family trees are nearly always Bramleys with two grafted varieties. One of my eating grafts is probably a James Grieve but they couldn't come up with a idea for the other. So it remains a mystery . 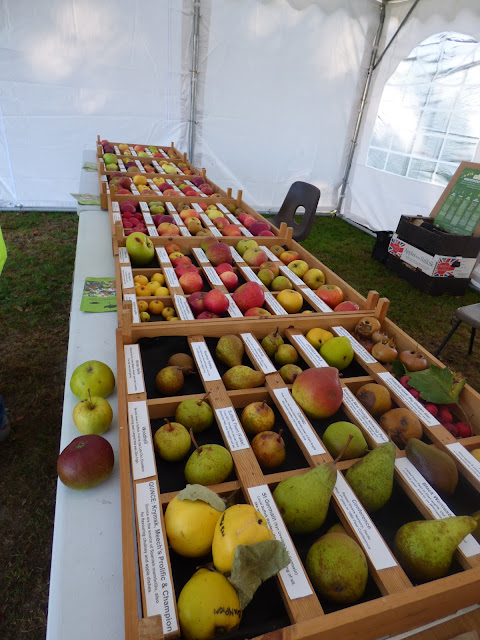 Then I had a wander round the rest of the museum

This building below is The Boby Building was one of the first moved here, it came from Bury St Edmunds I think - if I'm remembering correctly. Unfortunately they were having a special unveiling of their restored traction engine with only "important people" allowed through the barriers.This building is full of all the old crafts - like coopering and  a farrier and lots of other things that I've seen but can't remember. I didn't really want to hang around for half an hour so went and looked at the other buildings on site 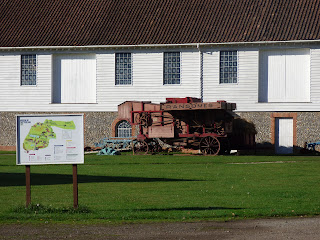 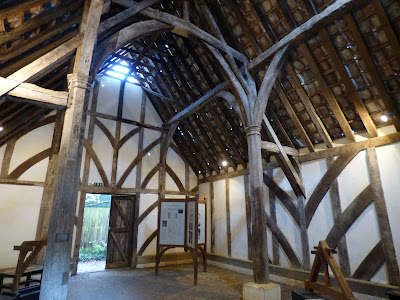 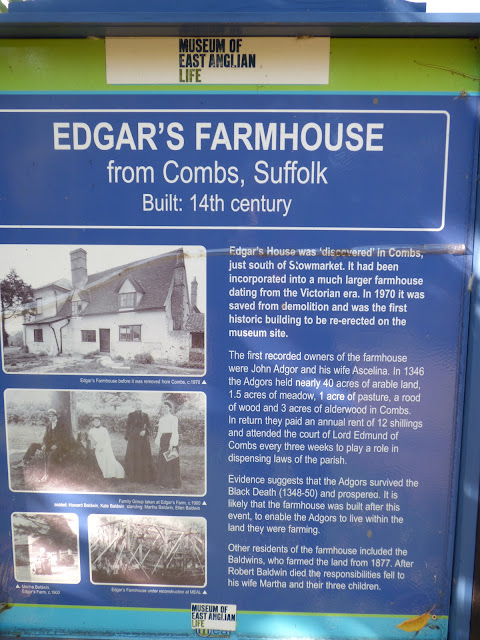 This pathway on the edge of the museum is an old medieval track "Crowe Lane" that would have been used to bring animals and produce down into the town for the weekly markets. It is many feet lower than the surrounding land. 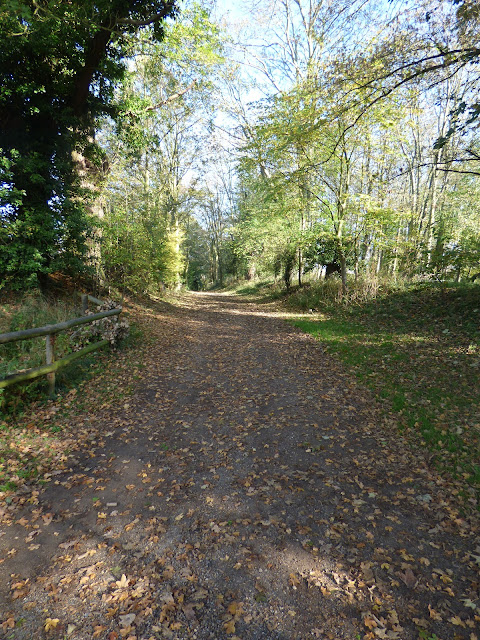 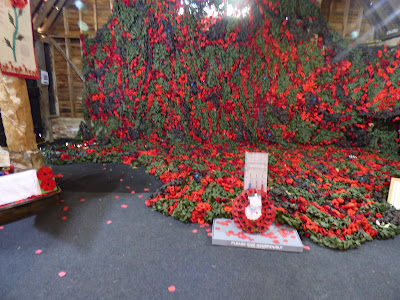 Gypsy caravans have also been here for many many years 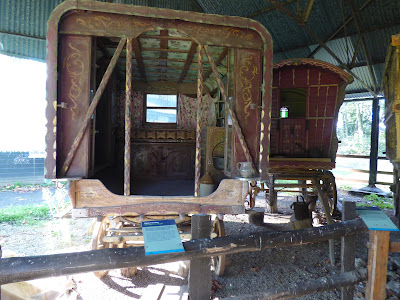 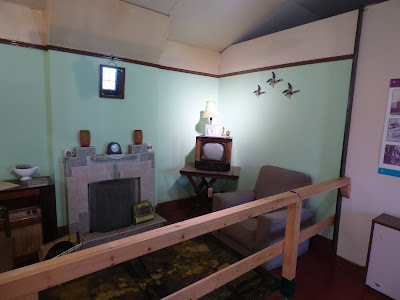 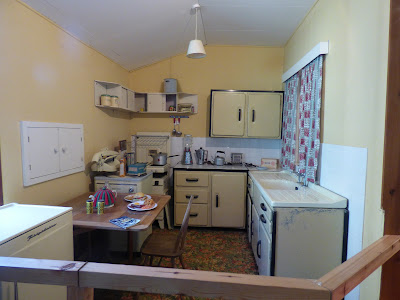 and Victorian times. These are used by local schools doing projects. Much of the museum work is educational. 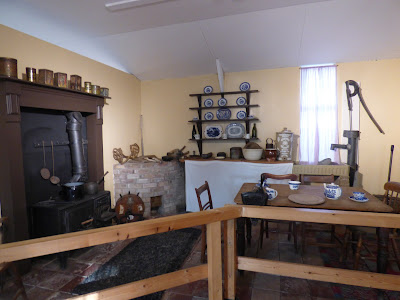 I could have stayed longer and perhaps if I wasn't on my own maybe I would have done. Some things are better with company.

Son and DIL went with friends to the Saturday evening cider and song festival proper where there were 40 different ciders to try with lots of different folk bands. Needless to say they had booked a taxi home!

Posted by Sue in Suffolk at 06:00
Email ThisBlogThis!Share to TwitterShare to FacebookShare to Pinterest
Labels: Apples and Pears