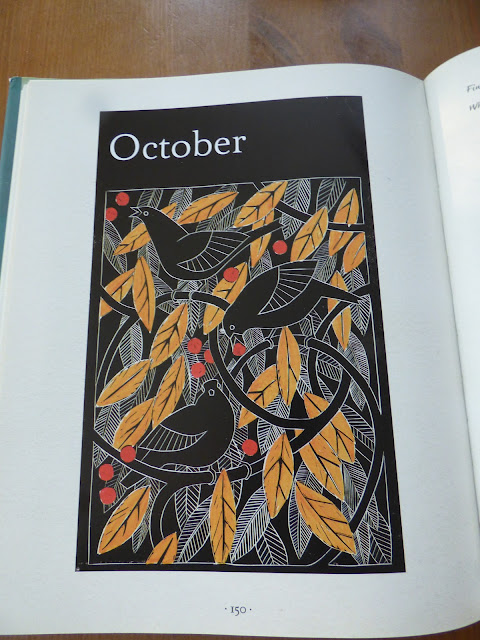 Love this October page from "An Illustrated Country Year" by Celia Lewis.


October was originally the eighth month of the Roman calendar. The Anglo Saxons called it Wynmonath - the wine making month or Winterfylleth meaning the full moon heralding winter.

In the past villagers relied on pannage - the law allowing them access to the woods for their pig - to enable it to fatten on acorns and beech mast before it was killed at the end of the month.

Weather lore this month is mostly predictions of the prospects for the coming winter.
Much rain in October, much wind in December

St. Luke's Day on October 18th has it's own weather lore -"St Luke's little summer" referring to a spell of fine, sunny weather around this day.

October is the main month for apple picking and cider making and the 21st of October was designated Apple Day in 1990 and was organised by Common Ground but Apple Day events are often any weekend in October now organised by county Wildlife Trusts or The National Trust with experts on hand to identify apples. 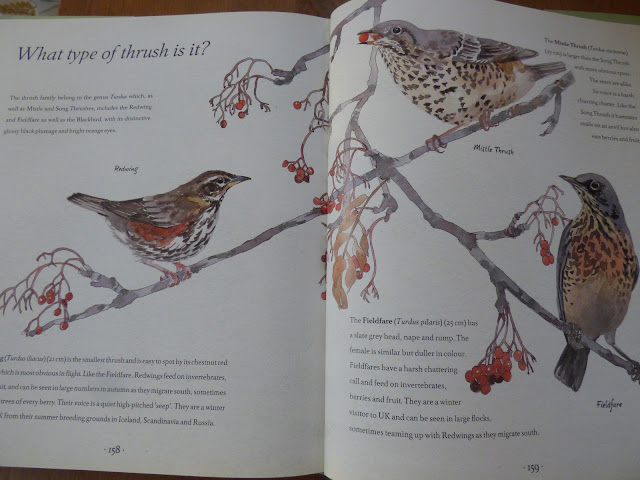 Then of course there is Halloween or All Hallows Eve at the end of the month which needs a post all of it's own.............probably!


Back Tomorrow
Sue
Posted by Sue in Suffolk at 06:00
Email ThisBlogThis!Share to TwitterShare to FacebookShare to Pinterest
Labels: Folklore