December 17th and The Ice Rink

Some more pages from The Country Diary Christmas book, compiled by Susan Hollis.

Ice skating was popular in Victorian and Edwardian times - when the winters must have been colder. It gave the young ladies and gentlemen a way to meet informally and show off their skills. 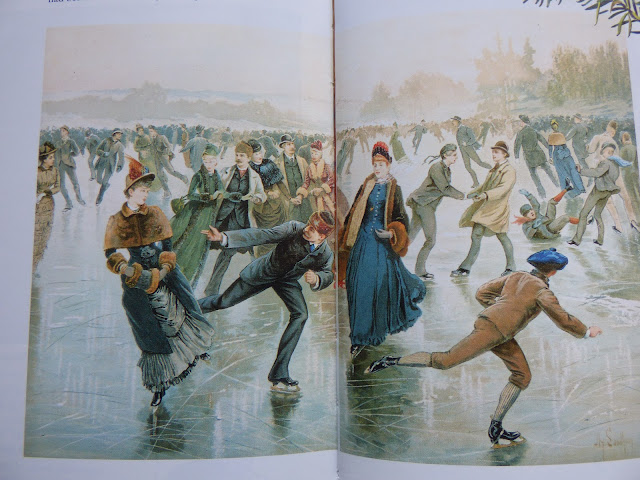 This quote is below the picture - so not everyone was a natural on the ice! 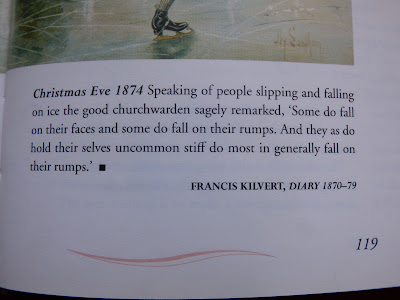 Francis Kilvert also writes in his diary about skating at Draycott Water ( near Chippenham?) in 1870, there were bands playing so the skater did the dances of the time - The Lancers, Quadrilles and The Sir Roger de Coverley. It sounds as if skating carried on until after dark because he mentions Chinese Lanterns and torches being lit.

This poem is on the same page 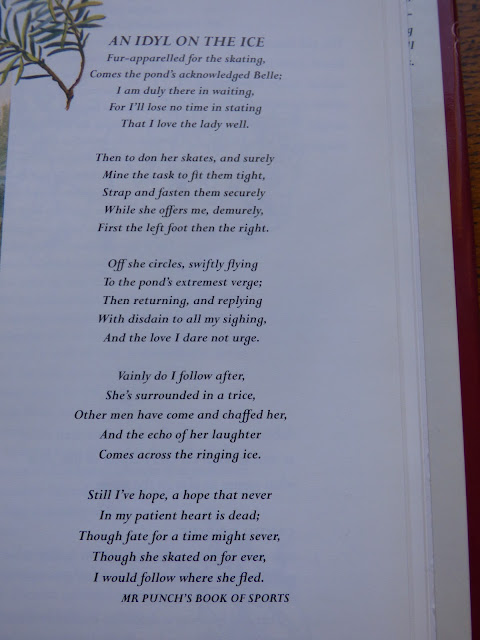 Last Saturday there was an "ice" rink in the middle of Stowmarket nothing like the painting!

It was only little but big enough for children and their parents to have a go. I didn't like to take a photo with children in it so just a quick snap. 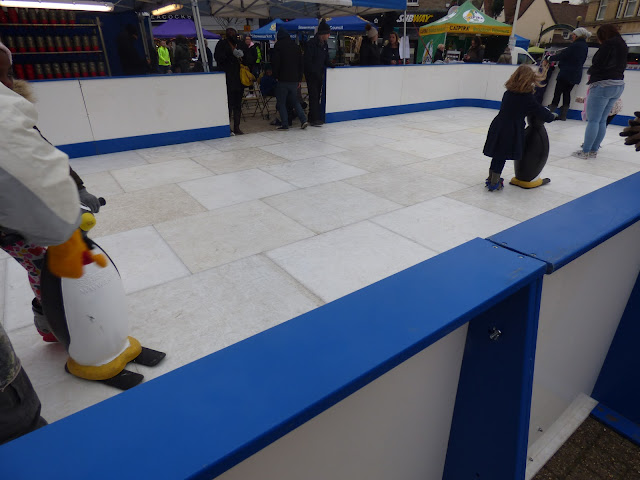 The ice rink was part of an event called Christmas Snow-fiesta and it was certainly cold enough for snow. There were stalls all down the street and carol singers - all very Christmassy. This photo was early morning 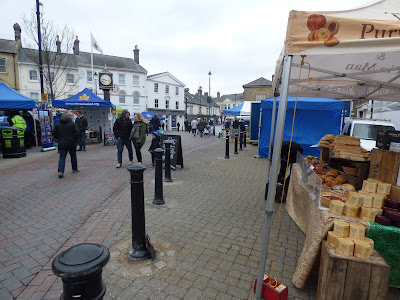 I  had volunteered to do a couple of extra hours in the charity shop in case it was extra busy , but it wasn't too bad and there were three of us there so I tidied and topped up the book shelves and then did some sorting upstairs. I'm still overwhelmed by the muddle and it doesn't help that each week things have been moved round because it's all so new and gradually getting organised. When I left the charity shop at midday everywhere was packed with people. There was free parking on all the car parks which was a good idea to get people into town.
I've been to many things alone in the last 7 months but it felt odd to be walking through town on my own among all the families, so quickly got the shopping done at Asda and home to light the wood-burner and warm up the house for an evening of glitzy glamour........ the Strictly Final. (Think Stacey and Kevin got the sympathy vote because on the day none of their routines were as good as the others! I didn't mind who won, it's all good entertainment.)

After I wrote this I did some research on the artist - because under the picture it say's "L Prang & Co(after a work by Henry Sandham)". Turns out L Prang & Co were a company well know for producing Christmas cards .......in the USA! and Henry Sandham was actually a Canadian Painter.
This is an original of Sandham's  dated 1886, from which the Christmas card  could have been copied


Back Tomorrow
Sue
Posted by Sue in Suffolk at 06:00
Email ThisBlogThis!Share to TwitterShare to FacebookShare to Pinterest
Labels: Advent Photos 2018, Local Events, Stowmarket