On a grey day back in November I went to look at a Crib-Fest (silly name!), had no idea what to expect but it was amazing. It was in the church at Grundisburgh, a village near Woodbridge.

200 nativity scenes from around the world in all sorts of medium ..........clay, wax,textiles, wood, paper, card, knitting - you name it. This is their 10th year and the main theme was The Star and the Magi.

72 out of the 200  belong to broadcaster Libby Purves, who used to display them each Christmas at a barn in their home in Suffolk. Now she has hundreds and each year lends some to Grundisburgh church for their display. The rest come from other people who have collected them from overseas or made them and loan them to the church.

It would be difficult to photograph everything there so I picked a few favourites.

First a Gypsy Nativity. I tried to find the poem written here on line but couldn't. 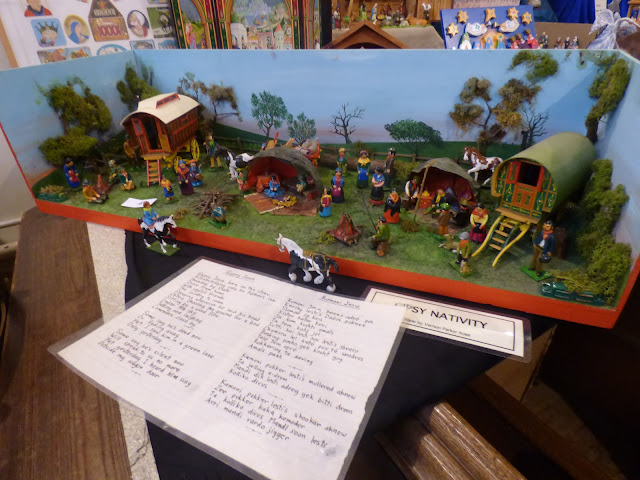 Below is one from Italy 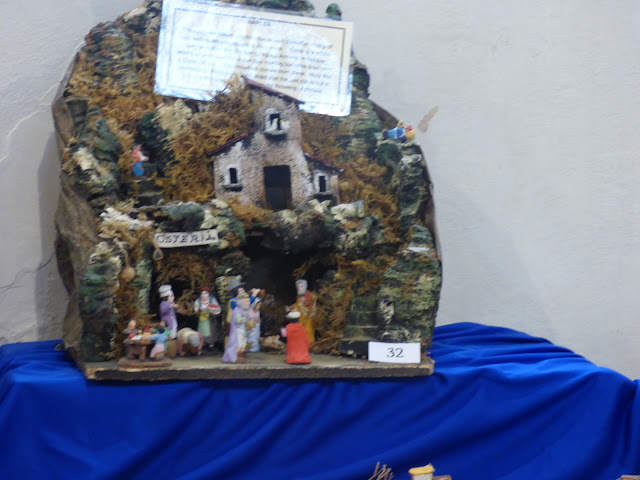 In glass domes or boxes, also from Italy 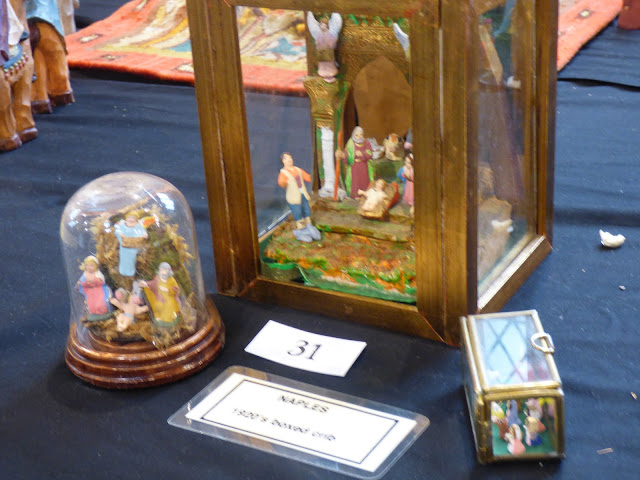 A whole village scene, not sure where this one is from 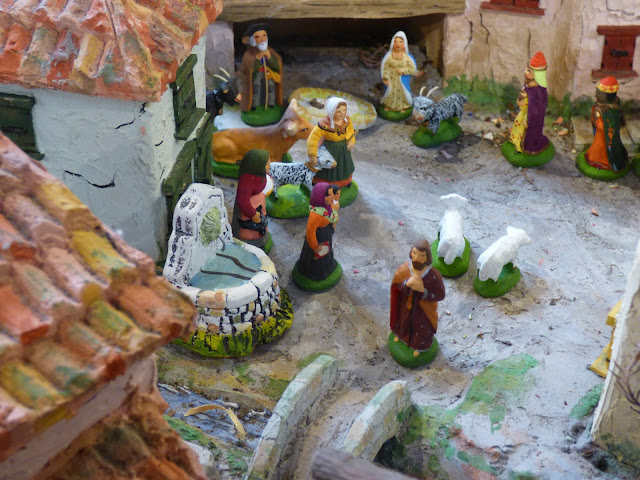 The answer to the photo I teased you with last week. It's a  French SANTON  -Traditional in a jug 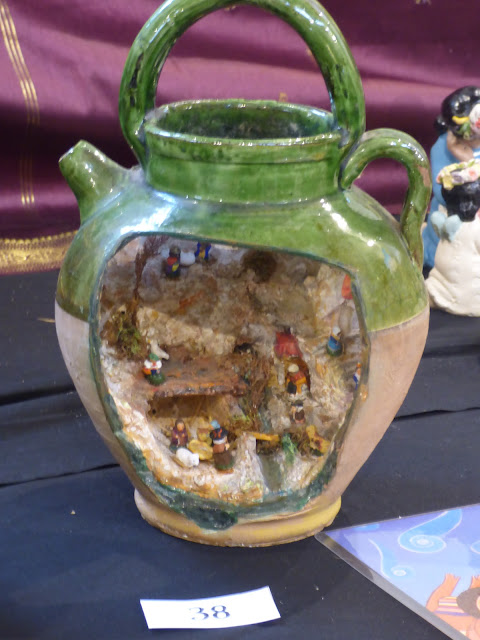 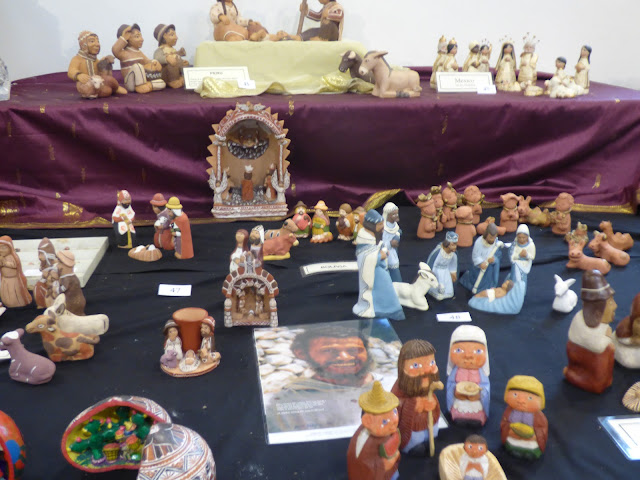 Even more, all sorts from many countries 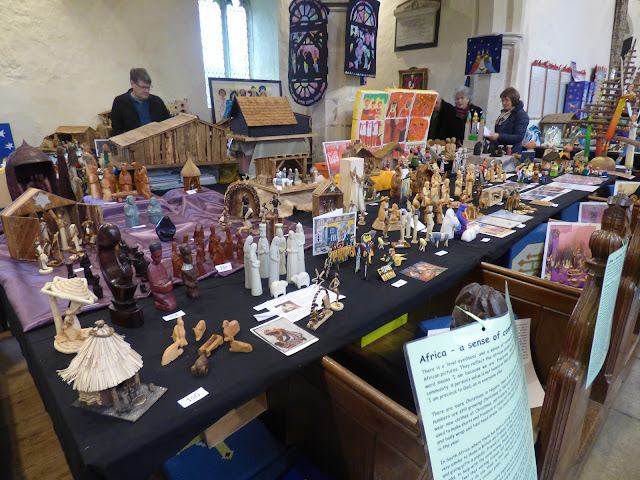 At the front a collection of wooden models from Naples, where a whole street is dedicated to the making and selling of crib scenes (Presepe in Italian). 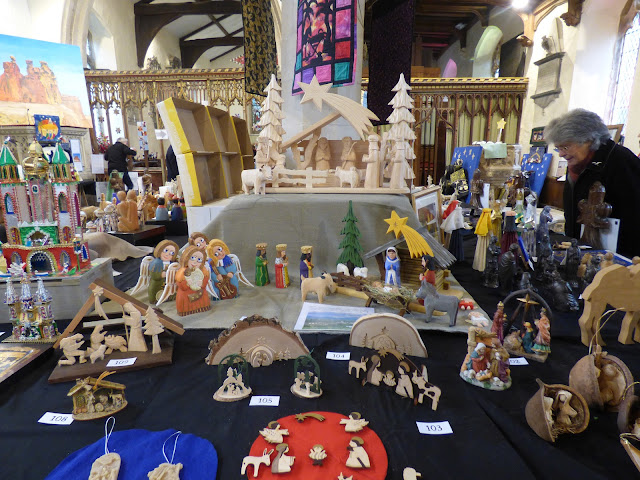 This one  below is amazing - not sure where it's from, it has running water trickling down the mountain in the centre of the model and lights. 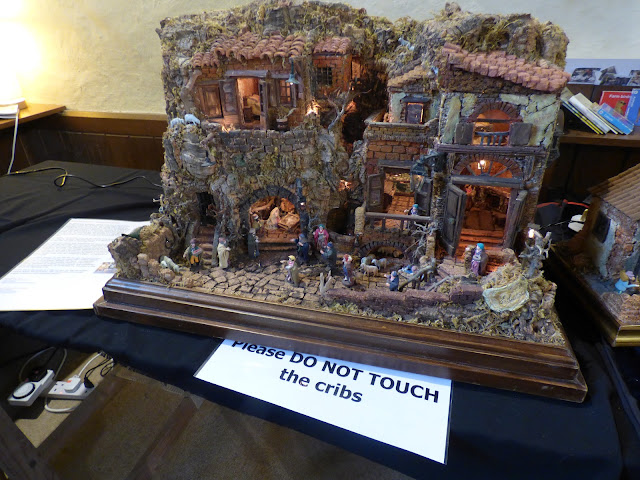 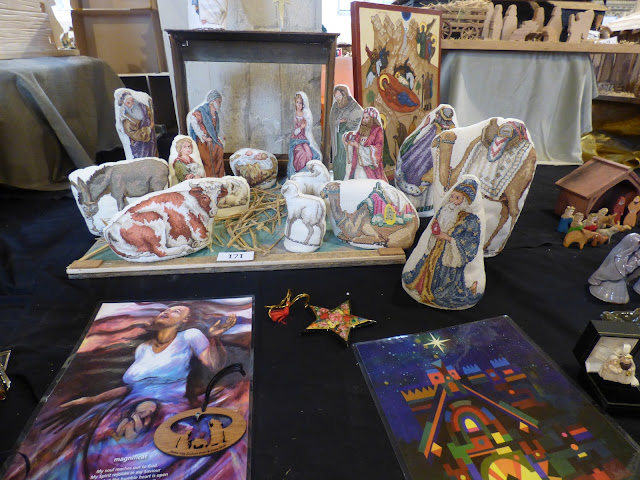 A large crib scene from wood  made locally. 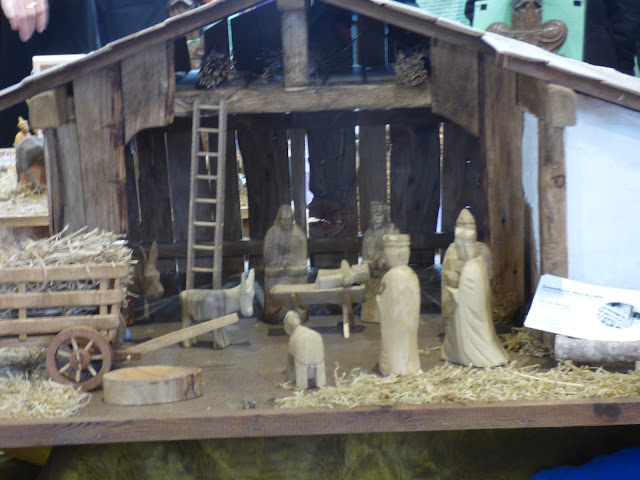 Among the 200 they  even had a crib scene the same as my little stained glass model that you can see in my mantel piece photo yesterday.

There were just so many scenes laid out and lots of visitors it made photography very difficult, so apologies, my photography doesn't show them at their best..

The ladies of the church were serving refreshments so of course I had to partake of  coffee and cake as they were home made and delicious!

If ever you hear of something similar in your part of the world it will be worth a visit. I hope to go again next year.

Back Tomorrow
Sue
Posted by Sue in Suffolk at 06:00
Email ThisBlogThis!Share to TwitterShare to FacebookShare to Pinterest
Labels: Advent Photos 2018, Local Events