It's weeks and months ago since I went to Woodbridge to take these photos. Woodbridge is a small  town compared to Ipswich but bigger than some other towns in the Suffolk Coastal area with a population of 11,000 according to wiki and has an imposing church standing up a hill from the shopping street. My dedication to blogging(!?) had me walking up that hill twice because the first time I opened the door and stepped in I found I was in the middle of a Communion Service - whoops, steps out again quickly!
The tower soars 109 feet above the town 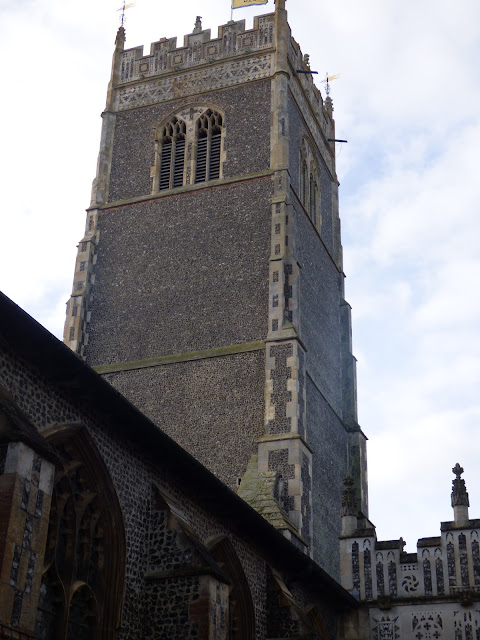 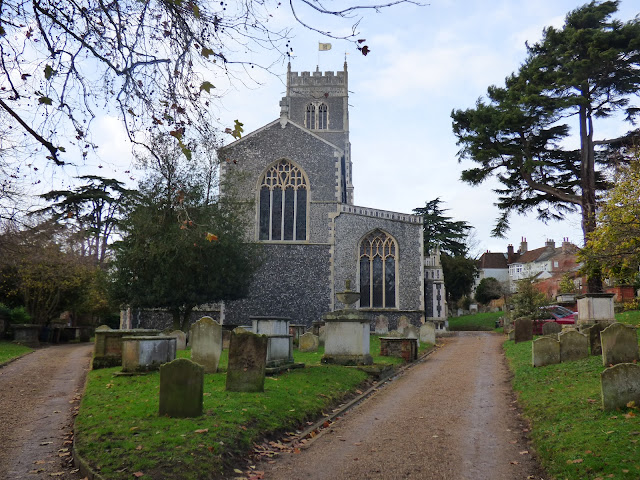 The North Porch is patterned with  flints 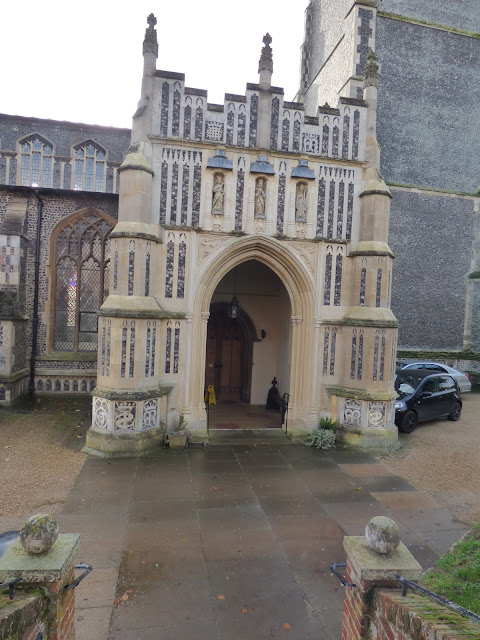 One of the memorials dating from the 1620's to a prominent weaver and tanner in the town at that time. 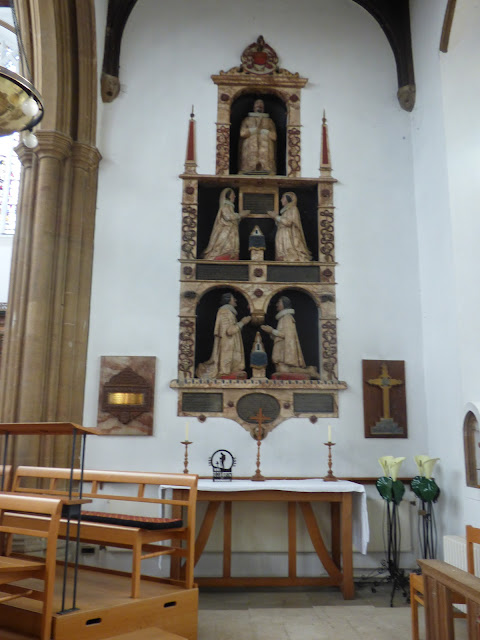 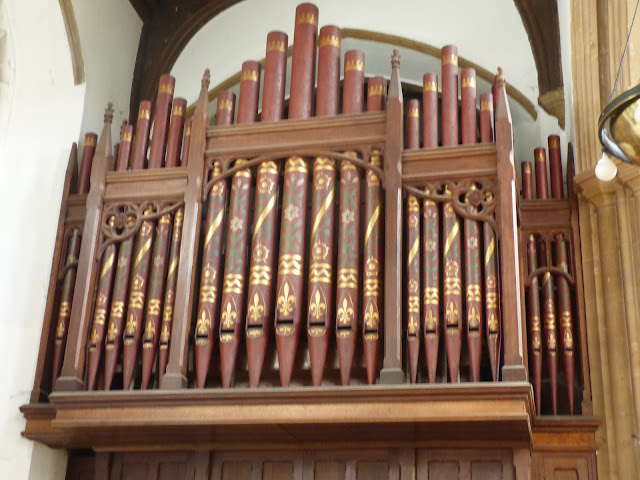 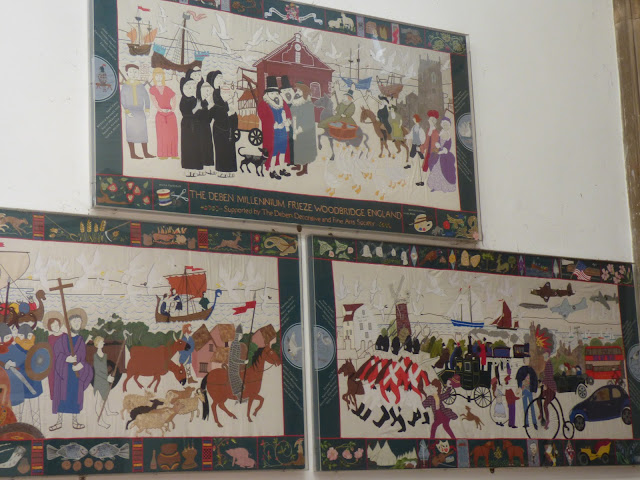 The font is rather special as it shows the seven sacraments, set in rays and dating from the C15. A reminder that the history of Anglian churches was once Catholic.
On the churches website it say that the font decoration may have survived  Puritan destruction because it had been plastered over and then rescued later. 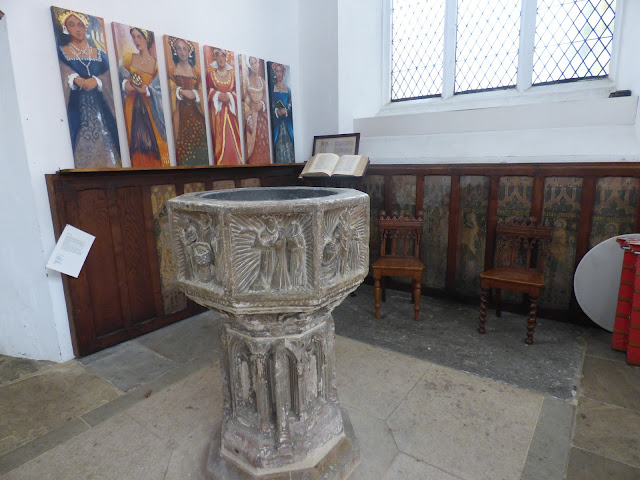 And finally the reason for this church's mention in the 100 treasures book is this. A huge collection of the churches treasures from craftsmen over the last 400 years.
The book says that "the latest security technology has enabled these to be displayed" . I didn't dare get too close in case it set off an alarm! 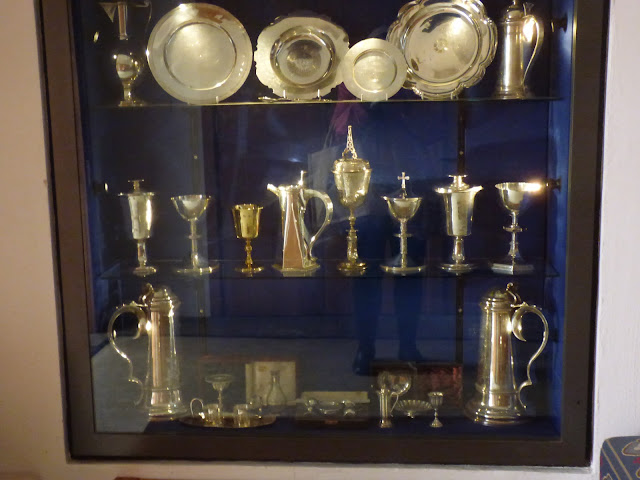 More about the church HERE

Back Soon
Sue
Posted by Sue in Suffolk at 06:00
Email ThisBlogThis!Share to TwitterShare to FacebookShare to Pinterest
Labels: Suffolk Churches