We walked the footpaths around us several times in the first months we were here while Colin was still well enough but since he died I've not done much walking at all. Trying to keep busy has taken all my time.
That needs to change as swimming once a week isn't really enough for fitness. So last week I did a short walk (and I mean short!) one day and then two days later a wee bit longer..........which is the smallest circular walk - only just over a mile................. I need to build up gradually!

Before I got to this lane I had to cross the field at the end of the meadow - 'twas a tad muddy. 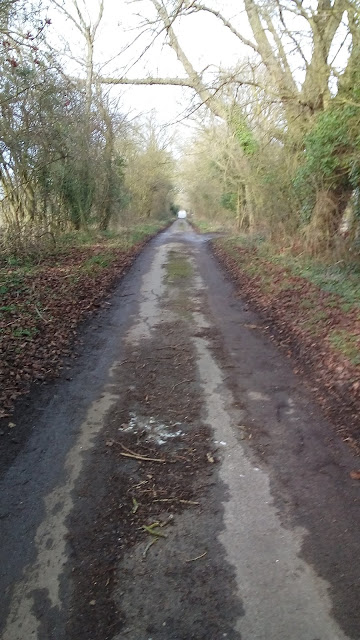 A tree covered in small crab apples, it was also full of blackbirds eating them until I came along, the caravan is in the garden of a house and looks really old. I expect someone lived in it while they were doing up the house and then just left it to fall apart. 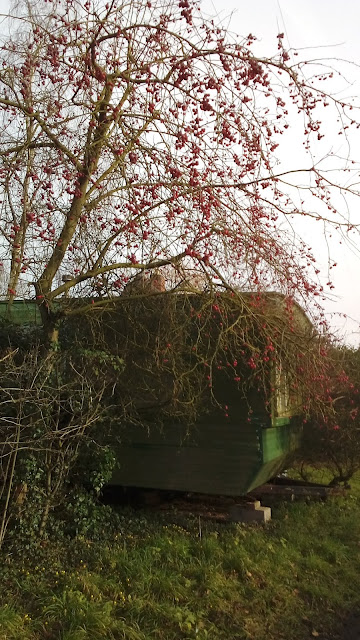 This is a small barn that's falling down. I wonder if someone will get permission to rebuild it as a house  one day, it happens a lot in Suffolk 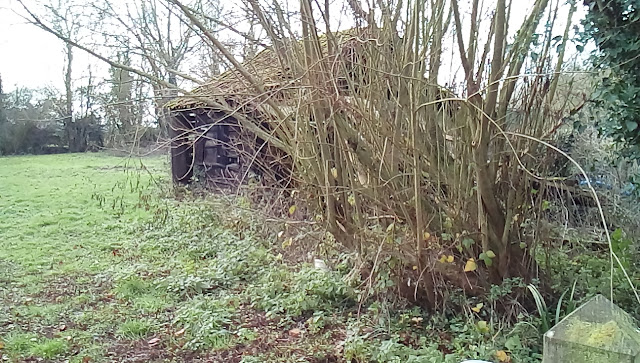 On a dull day none of the photos, taken on my phone, were much good.

Made a decision  to get myself some walking shoes rather than my big walking boots.... next month. The boots are so difficult to get on and heavy too, especially when caked in good Suffolk sticky clay soil.

With a bit more walking I'll be able to get down across the fields to the Middy Heritage Railway Museum when they have their WWII re-enactment weekend in May. I just had a look on  THEIR WEBSITE and found they have a "guest engine" there for the season - it's the little shunting engine Sirapite which is usually to be seen at the GARRETTS LONG SHOP MUSEUM in Leiston, just down the road from daughters house. What puzzles me is Sirapite is one of the main attractions at The Long Shop so people visiting there  to see it this year will be disappointed.


Here are the answers to the spot the difference jigsaw puzzle pictures from Thursdays post.
Top is  the picture on the box 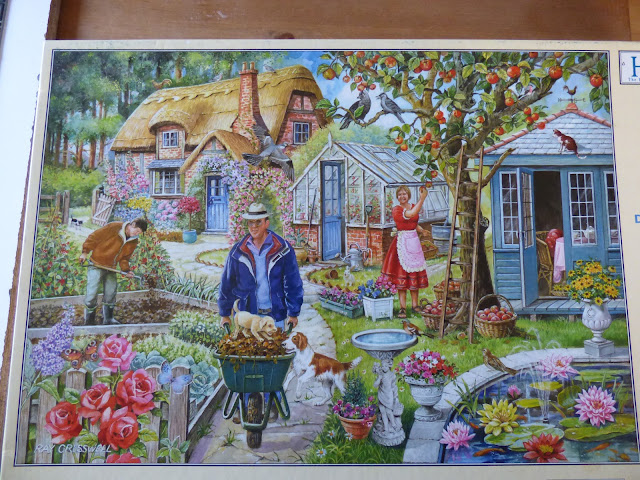 and here is the puzzle. 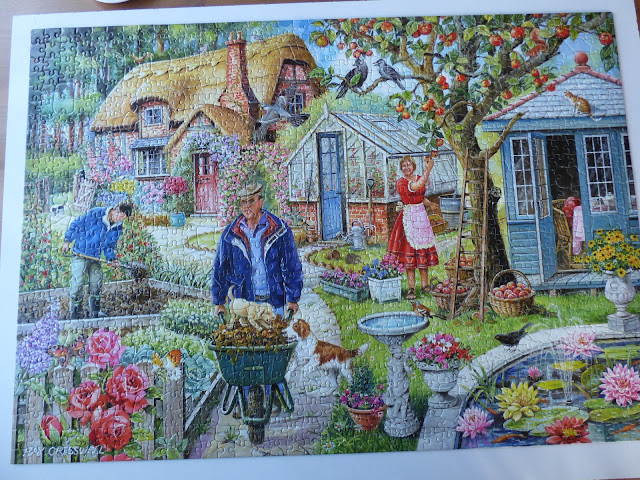 Think I may have got rather too choosy about jigsaws, went round all 10 charity shops in Stowmarket and didn't find one I wanted to do!

Have a wonderful weekend folks,
Back Monday
Sue

Posted by Sue in Suffolk at 06:00
Email ThisBlogThis!Share to TwitterShare to FacebookShare to Pinterest
Labels: Mid Suffolk Light Railway, Natural world, The lane