St Mary at the Elms, Ipswich 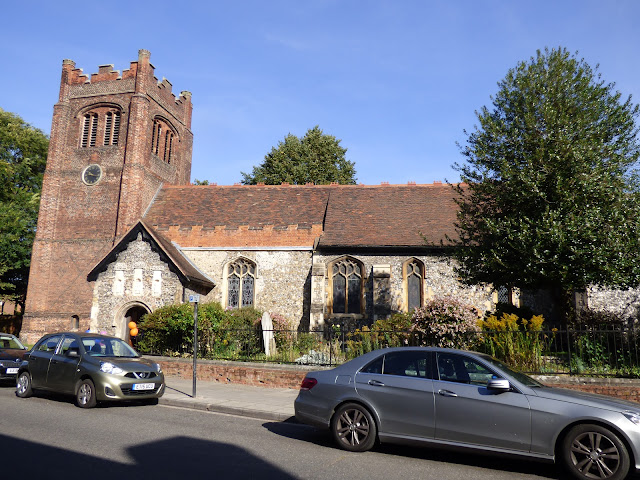 Another very old Ipswich church, more Anglo-Catholic than many others in Suffolk, it was  open both for the Heritage Open Day and because it was Church Cycle Ride day. It's just a little way out from the town centre and feels so welcoming inside.

The tower is made from Tudor red bricks brought from the Netherlands and thought to be originally for Cardinal Wolseys College, which was never built.
The Norman porch has three niches containing recent sculptures by Charles Gurrey. A  triptych with Christ flanked the Blessed Virgin and St John. 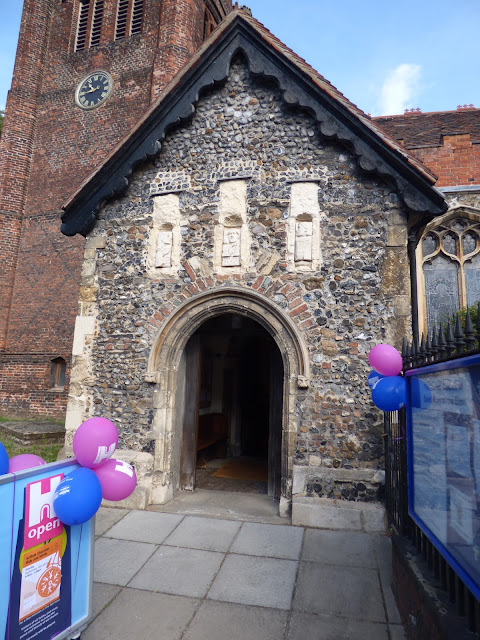 A closer view with a photo from the Suffolk Churches website 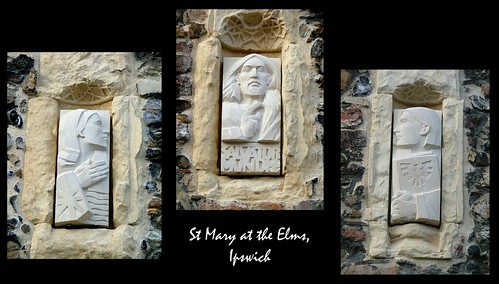 In the C12 there were 39 churches in Ipswich which was a prosperous port at that time, among the 39 was St Mary's Chapel which had a carved figure of Our Lady of Grace or Our Lady of Ipswich, visited by the great and good of the time but in September 1538, during the Reformation the figure was taken to London to be burnt. The story says that it was saved by Catholic sailors and taken to the Italian town of Nettuno and experts have said that the old wooden statue at Nettuno know as "Our Lady of The Grace" is the one from Ipswich.
In the church now is a new oak replica, carved by  local man Robert Mellamphy and  placed here in 2002 and it is this that get the church it's mention in the 100 treasures book. 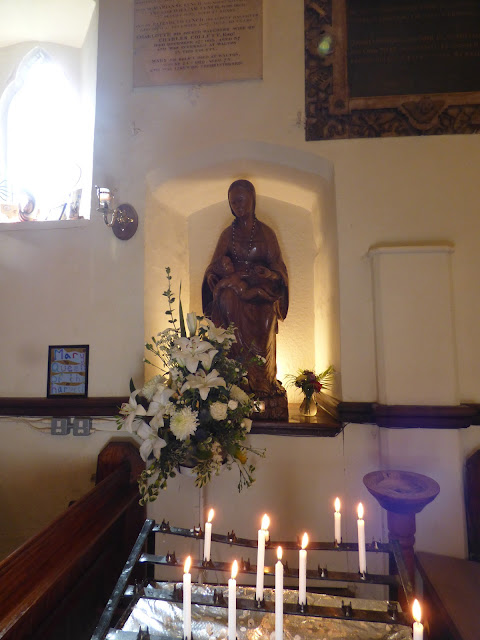 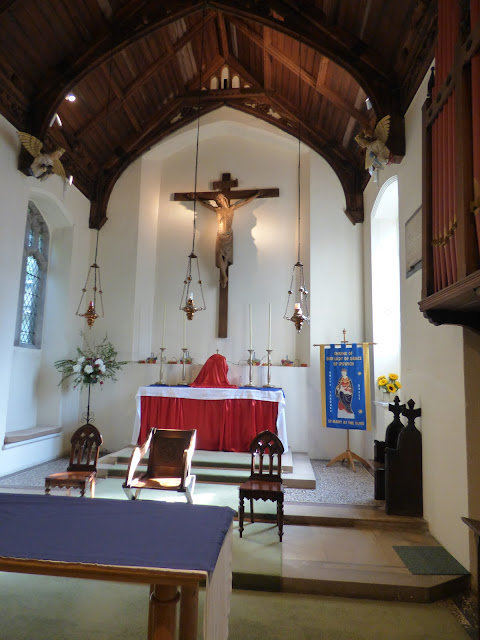 The Stations of the Cross are also carved wood 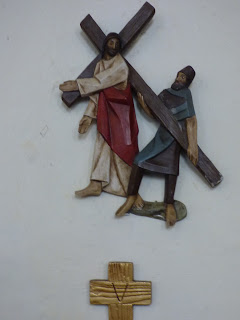 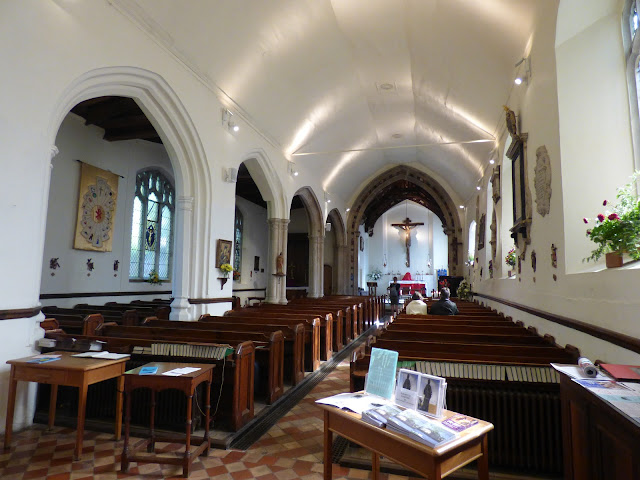 Across the churchyard is St Mary's Cottage dating from 1467 and thought to be the oldest occupied house in Ipswich. 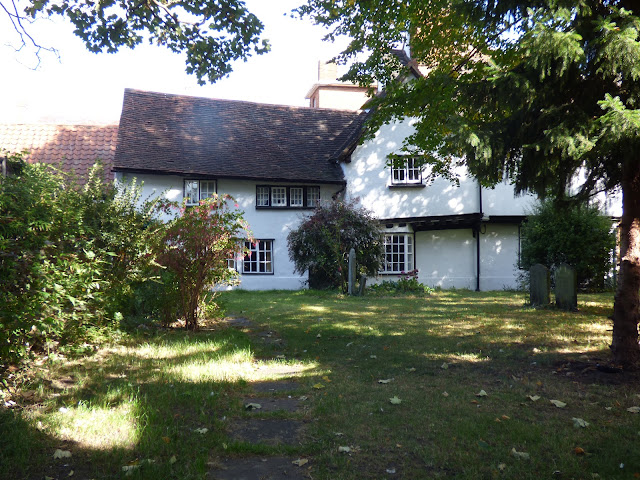 Back Tomorrow
Sue
Posted by Sue in Suffolk at 06:00
Email ThisBlogThis!Share to TwitterShare to FacebookShare to Pinterest
Labels: Ipswich, Suffolk Churches