Why I Don't Regularly Shop at Farm Shops

I was on my way home from Ipswich when I remembered that there was no fresh fresh fruit for the weekend but coming home the back country road way meant I didn't go by any shops except being near the Hog and Hen farm shop that opened two years  ago.

So I called in and bought a few local things that I wouldn't usually buy, an experiment - and a weekend treat. 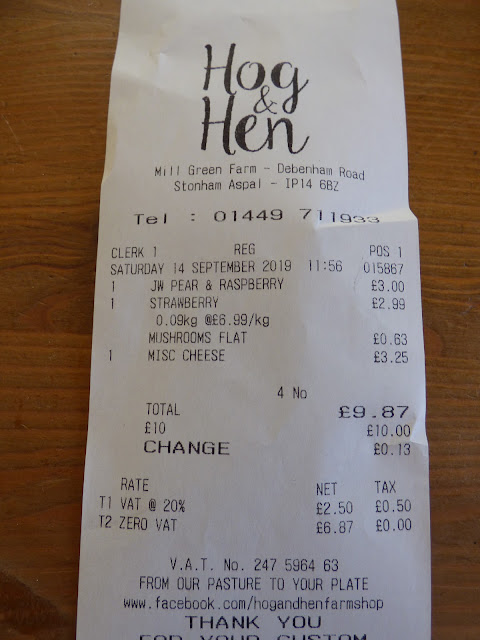 I thought about doing a Blog Challenge of shopping and eating only local foods for a month but maybe it will be for just one week or I'll be bankrupt!


Thank you for all the comments about figs...love them, but only fresh....much too gritty when dried.

Back Tomorrow
Sue
Posted by Sue in Suffolk at 06:00
Email ThisBlogThis!Share to TwitterShare to FacebookShare to Pinterest
Labels: Local Events, Thrifty Lifestyle