100 years ago the Suffolk East Federation of Women's Institutes was formed to look after all the WI's which had recently started in East Suffolk.
If you draw a line from Eye to Stowmarket and then down to the river above Manningtree, everything east of that line is Our Area and there are now 110 W.I's under the SEFWI umbrella.


Lots of things have been happening to celebrate the centenary including a fair at the Suffolk Showground in Ipswich, free entry to members so I went to have a look.

Mainly it was stalls from various WI's either selling crafts or running tombolas. One or two other stalls for things like cruises. There were some presentations including a fashion show but I'm not really into fashion and make up so didn't stay to watch.

A few WI's had entered a competition, including Big WI.........Items for a Picnic. Not sure how we did......only 5 entries........weird. If this  competition had been held at the Suffolk Show in May (as they usually are) there would have been dozens of entries. 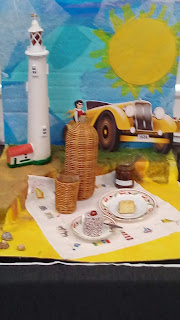 I took just a few photos of some of the stalls 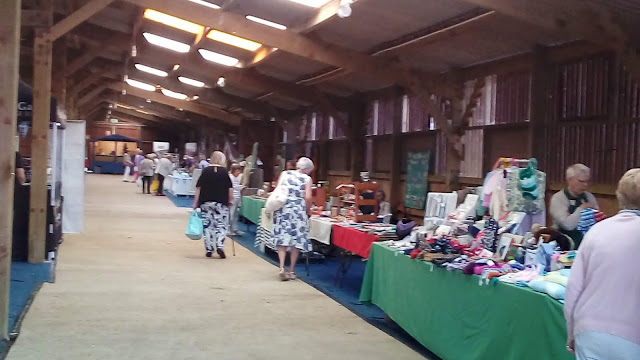 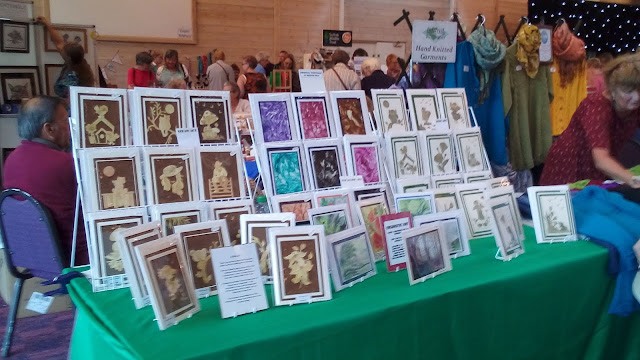 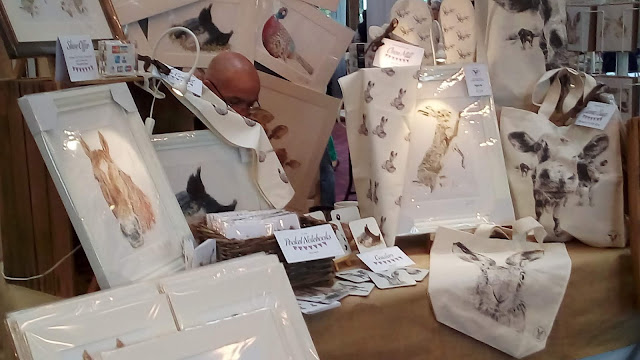 The stall promoting the WI had these cards to take. 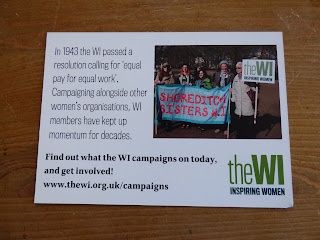 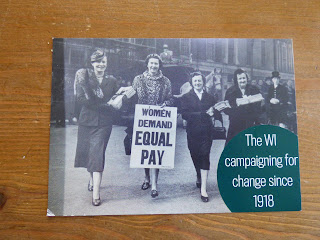 There were lots of ladies looking round and buying but nothing I felt the urge to purchase so I didn't stay long  but  as I was in Ipswich the shopping and diesel fill up was done at Morrisons to add some points to my Morrisons More card.

Thanks for comments about hazelnuts yesterday, which was a dull drizzly day , so just a housework day indoors, after a swim. All summer I've been swimming between 8 and 9am whichever day I managed to get up early enough, now I've gone back to swimming later on a Monday as there is public swimming followed by over 50's - not such a rush to get there so early on gloomy mornings.  Yesterday evening I was pleased to find Only Connect is back on TV, followed by University Challenge - so an hour of brain-work.