Last week after picking up my library books I walked up and down the village street to take some photos of several of the old houses in Debenham. I've lived 4 miles from Debenham for the last 3 years but haven't mentioned it much on the blog so some photos before I move a wee bit further away (only a couple of miles further but on the other side of the main A road).

Debenham calls itself  "a rural idyll in the heart of Mid Suffolk" . It's a large village now - population around 2,400 and had 69 households back in1086 which was large for then too.

It's on a B road and busy with traffic (not so idyllic when you are trying to drive through and everywhere is jammed up with parked cars)  but in the past still a busy place as it's on the old road that goes from Ipswich to Diss, several of the pubs would have been coaching Inns.

I've not included photos of the church as that can be seen here when I visited HERE    back in July 2018 (and looking back to find Debenham Church I realised how much I'm looking forward to visiting some of the other 50 Suffolk Churches that were featured in Treasures In Suffolk Churches book , my last church visit was just before lock-down in March 2020)

This is in the side window of the Pharmacy and chemist shop. The sign looks very old but the shop is still up and running. 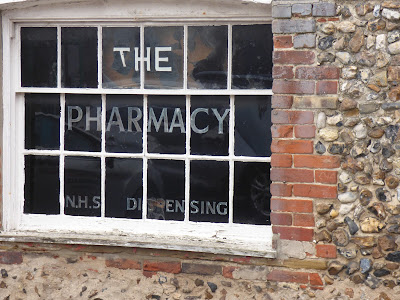 So many half timbered houses in this large village 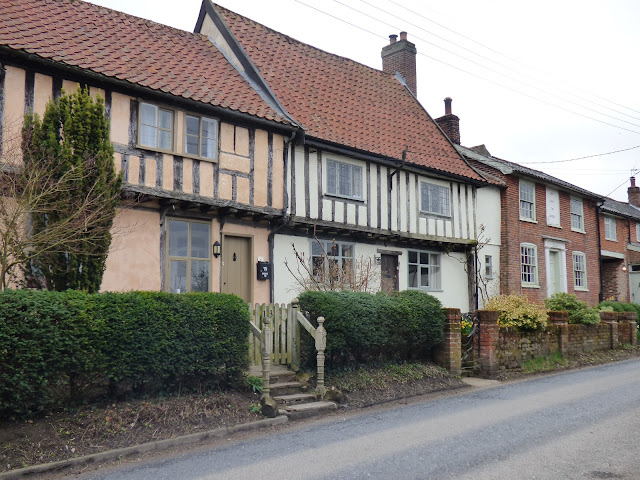 This house is fascinating. Difficult to get a good photo as the road junction is busy. It has herringbone brickwork between the timber frame and is 3 stories as well as an area underneath. 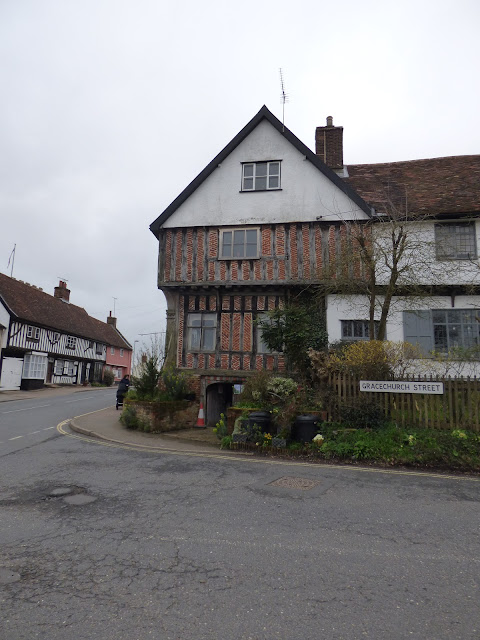 An interesting passageway passing underneath another timber frame house 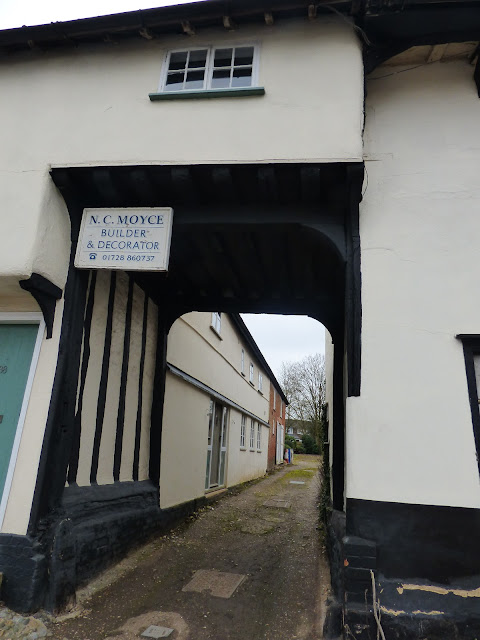 The Woolpack is now the only pub in the village, there were two open just a couple of years ago and three in the not very distant past. The pub called The Cherry Tree is now occupied by the vets. 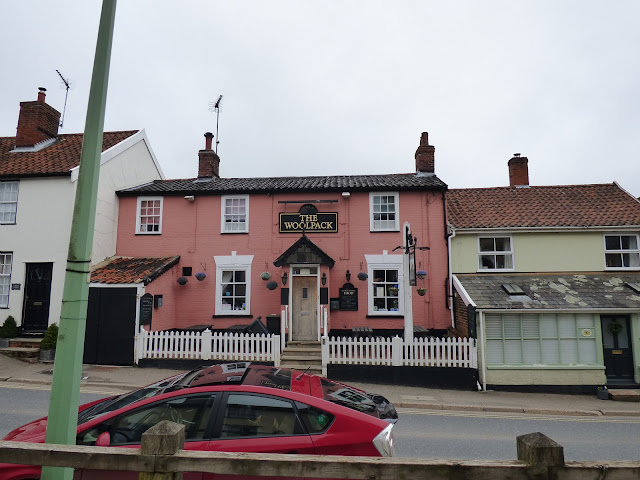 The Grade II Listed, late 14C house below was for sale for £400,000 , The description says "The property is situated in the historic part of the village and is of timber frame with rendered elevations and exposed studding to the front. This Wealden house has a later addition with an early-mid C16 wing to the rear, and is located in a prominent position overlooking the medieval Cross Green and former village pump." 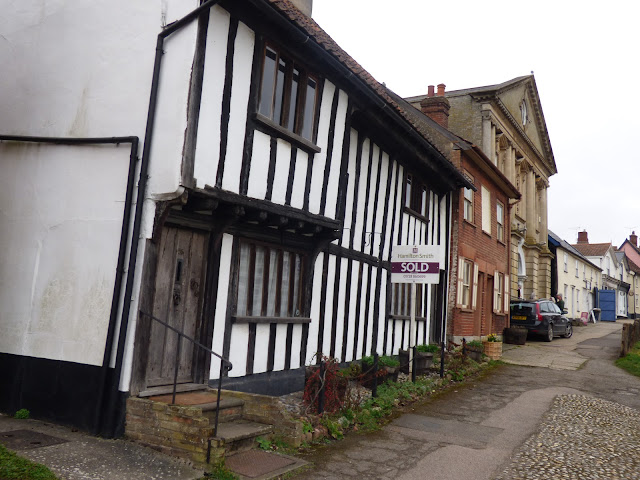 And this is the former village pump mentioned above 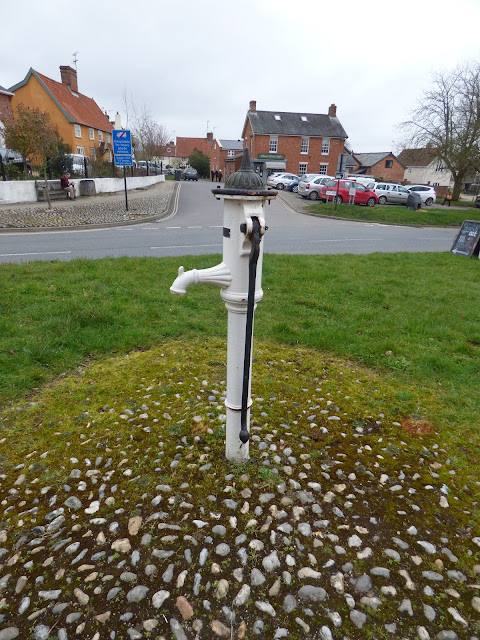 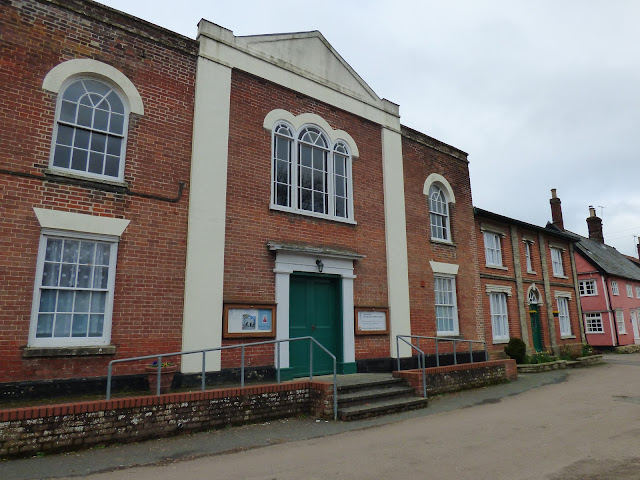 I've got some more photos to share on Monday.

Back Tomorrow
Sue
Posted by Sue in Suffolk at 07:00
Email ThisBlogThis!Share to TwitterShare to FacebookShare to Pinterest
Labels: Debenham