A Late Helping of Christmas Trees at Holy Innocents Church

Before Christmas I decided a morning out among the Christmas shoppers would be good, but where to go? It had to somewhere with lots of charity shops and somewhere that I'd not been recently. So off to Bury St Edmunds and I could "do" a church on the way home without going far out of the way.

A few miles north of BSE is Holy Innocents Church in Great Barton.  28th of December was Holy Innocents Day. Remembering the day Herod had the children of Bethlehem massacred. This is a very unusual dedication for a Suffolk Church.

It's one of those churches that's situated well out of the village. As you know the churches I'm visiting are ones that get a mention in a book called '100 years and 100 Treasures in 100 Suffolk Churches'. but I'm a bit puzzled, because the reason this church is in the book is because of it's large and old Chancel and  Honestly I'm not sure it is larger and older than many of the others visited!

Not an ounce of sunshine to make a shadow on the sundial. The outer glass doors to the porch are an unusual feature. 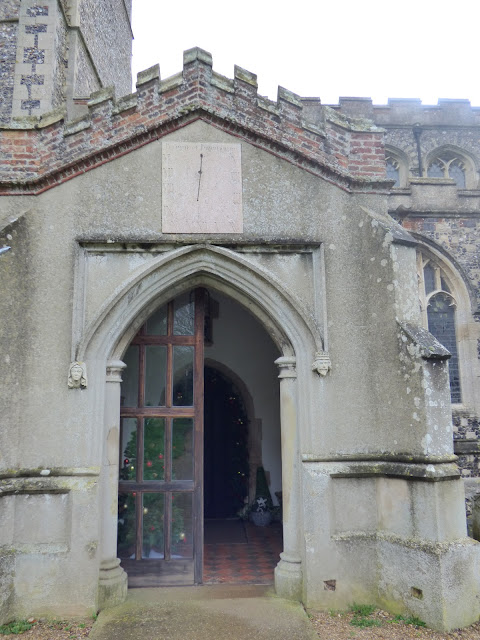 When I stepped into the church I found that there had been a tree festival there the weekend before and most of the trees were still around the church and lit. 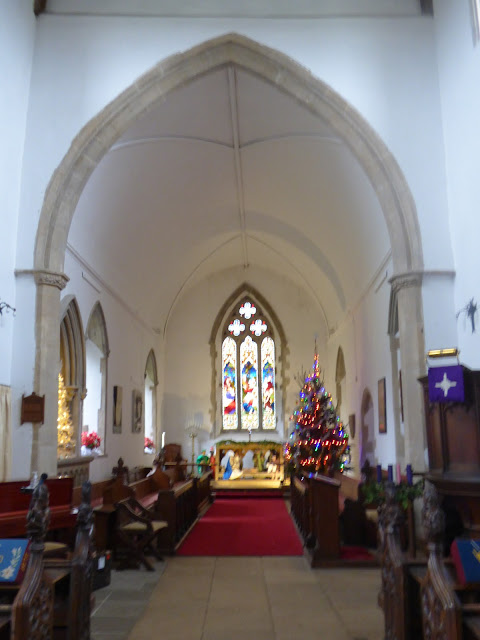 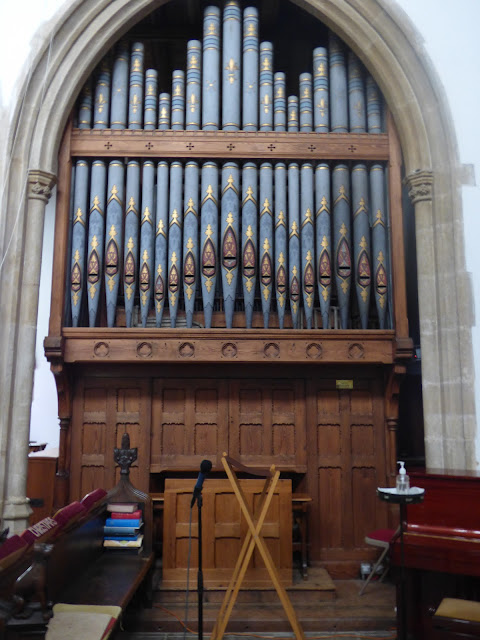 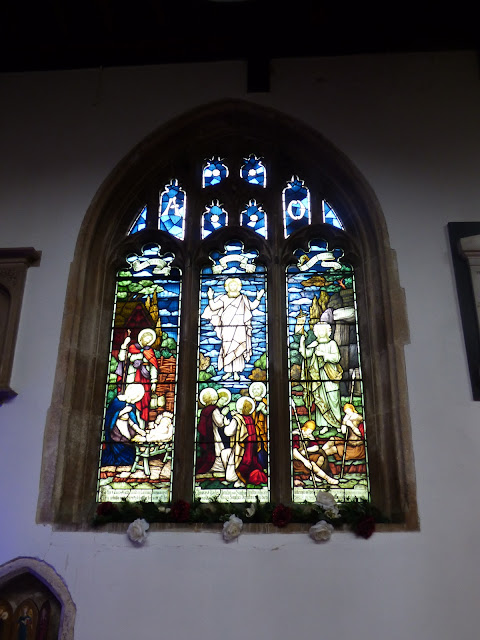 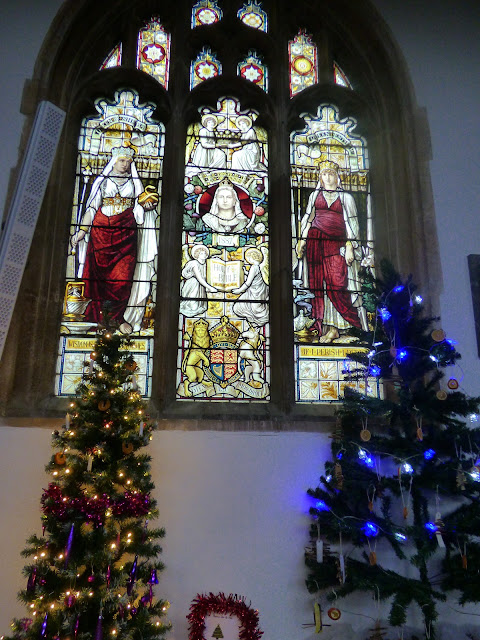 Oh heck, another fuzzy picture - anyone would think I had been on the Christmas sherry a week before Christmas! 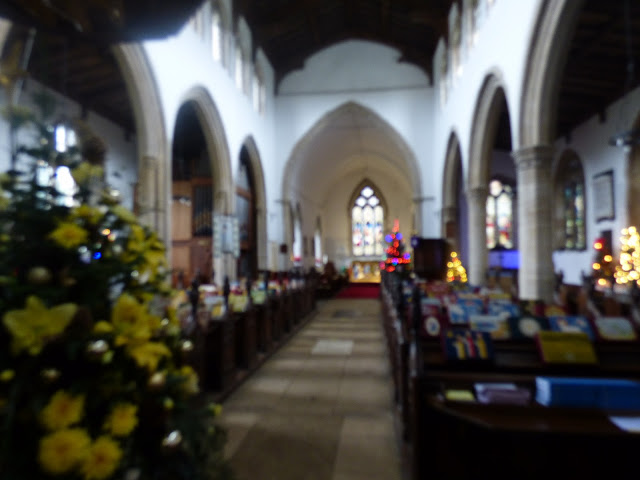 The pew ends have some good carvings 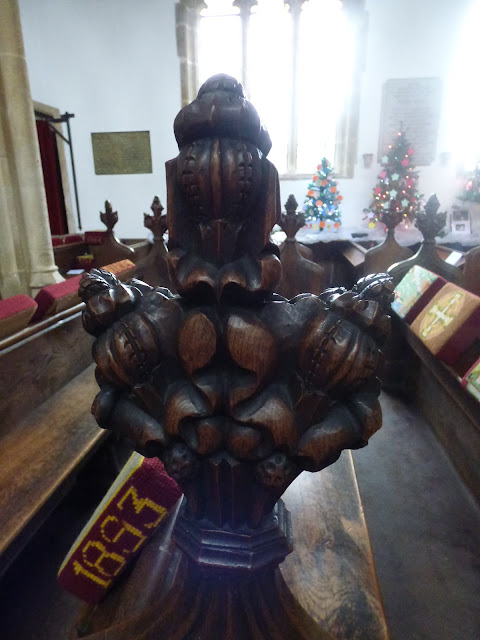 Including this dog, carved to celebrate the sheepdogs that were highly valued when sheep and wool was an important part of Suffolk commerce (not looking like any sheepdog I have ever seen!) 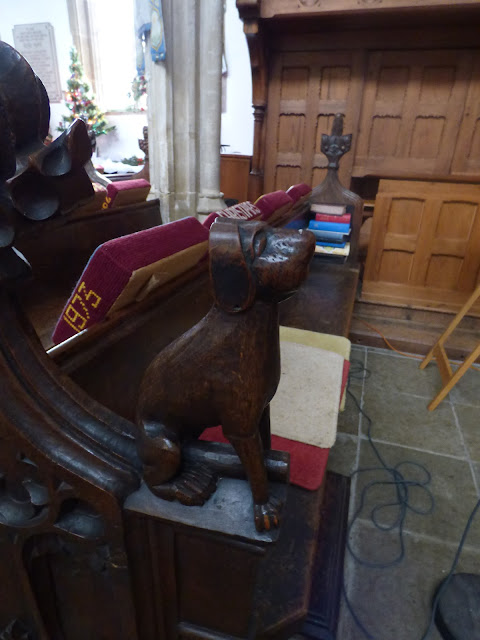 The font cover is so tall 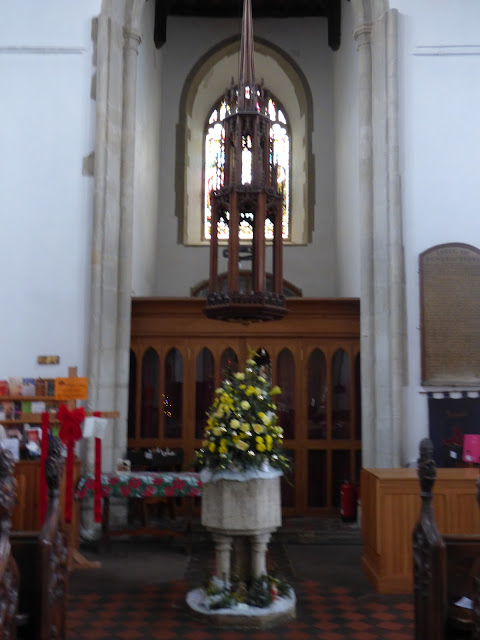 Many of the churches I have visited since you-know-what have had the kneelers stored away - as if a person could contract something nasty by kneeling on one! But here they were out as they should be. Looking colourful and lovingly stitched 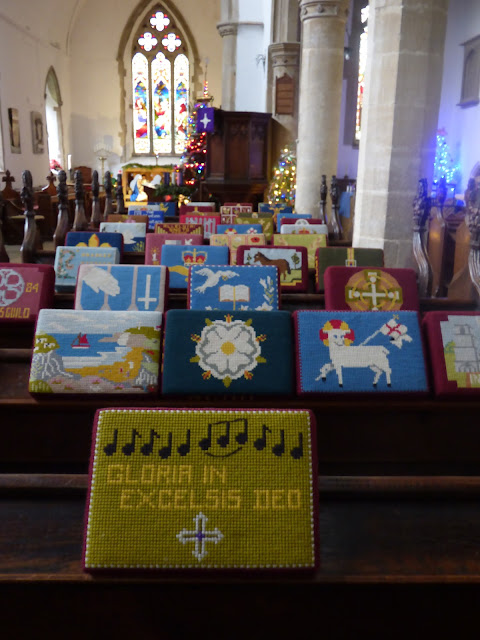 and a few of the Christmas trees around the church 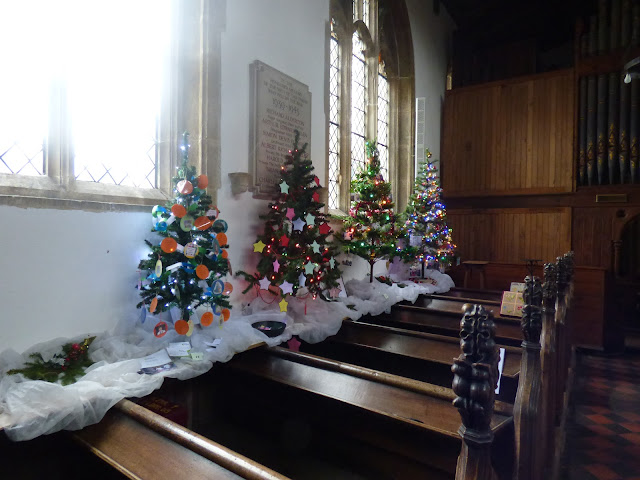