My Year In Books

As usual most of my reading is crime fiction, many of these are by authors who write a new book or two each year as part of a series. Then there are crime fiction reprints - books published in the 1940's or 50's which have been out of print for decades but are being revived and enjoyed all over again.

One of the general fiction books read this year. From The British Library Women Writers Series (Published 2020 Originally Published 1943) Ruan Ashley looks back at her childhood before the first World War. Her young life as the daughter of a Strict Non-conformist Minister, later at her mothers ancestral home and in the background  always the moors above the town, the love of  kind Rosie and always David , six years older but the one person who understands her.
Robert Harris - V2. Fiction

(Published 2020).The book is based on fact and set over 5 days in November 1944 and begins on the Dutch coast, in an area still held by the Germans. It's from this spot in the forest that they have been firing the lethal V2 rockets to destroy London. The story is mainly about Rudi Graf a young German scientist  whose interests in rockets for space travel means he is soon involved in the building, testing and firing of the V2 rockets.
In London an officer in the WAAF - Kay Caton-Walsh - finds herself surviving one of the rocket attacks while in the home of her lover. Almost immediately she joins a small team of WAAFs sent out to Belgium to help work out from where the V2 rockets are being fired.
The last part of the jacket blurb says "But for every action on one side there is an equal and opposite reaction on the other. As the death toll soars, the separate stories of Graf and Kay ricochet off one another until,in a final explosion of violence, their destinies are forced together"
Both find they have been lied to by those in charge

Crime Fiction (British Library Crime Classic 2021 Originally Published 1943). This is a witty, lighthearted murder set in London in the early years of WWII before bombing started. It reminded me of Agatha Christie's Tommy and Tuppence mysteries. Nap Lombard was a pseudonym of Pamela Hansford Johnson and her then husband Gorden Neil Stewart who both served as Air Raid Wardens and this book starts with the discovery of a body behind sandbags in an air raid shelter 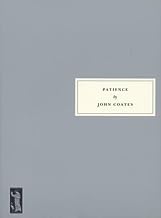 ( Persephone reprint 2012. Originally published 1953). This book was banned in Ireland when it was originally published. It's the story of a Catholic girl married to a man 15 years her senior who believes all there is to life is babies and being a good wife who feeds her husband and submits to his attention. Then she meets Phillip and suddenly she falls in love which is very complicated - involving Sin. This is a lovely happy but sad story. Maureen Lipman wrote a new preface and said she hoped  Persephone would reprint more of Coates writing but so far they haven't.

(Published 2020) Saw this mentioned on someone's blog, this is one of those books that moves between past and present. In the present Rebecca is recovering from cancer when her mother dies  and on clearing the house she finds some letters to her mother from Olivia, an elderly cousin in Cornwall who needs help with house repairs to enable her to be allowed home from hospital. In the past Olivia is 16 and abandoned in Cornwall by her mother in the middle of WWII. A well written book with an interesting story of family secrets kept for far too long.

Non Fiction (Published 2002).  Trefan Morys, Morris's home between the sea and mountains of the remote northwest corner of Wales, is the 18th-century stable block of her former family house nearby. Surrounding it are the fields and outbuildings, the mud, sheep, and cattle of a working Welsh farm.
Jan Morris was such a good descriptive writer so this little book really gives a good look at the house in Wales that was her home for so many years.
Alys Clare - The Lammas Wild.

Crime Fiction.(Published 2021) I raced through this as it has been a very good series of mystery, magic and crime and this is the last one. It is the year 1100 and Lassair the healer from the Fens has is returning from Spain where she has been for 7 years learning more about the mysterious skills she possesses. Before she can return to her family she has to retrieve a chest that was left for her by the Kings spy.  I've loved this series.
Jacqueline Winspear - The Consequences of Fear.

If you like historical crime fiction and haven't read these, then I can recommend them but start from the beginning as otherwise they might not make sense.
Crime Fiction(Published 2021). London 1941 and 12 year old Freddie Hacket is a message runner for a government office. On one errand he sees two men  fighting, quickly hides and realises he is watching a murder and then is terrified to discover the man he has just seen is the person to whom he has to deliver the message. The police do not believe him so he turns to Maisie Dobbs - the private investigator. This is the 14th in this series and once again Maisie uses all her skills to find the answer while still working secretly for the Special Operations Executive.

Fiction. (Published 2017). Anthony Peardew was once a well know author of short stories and has spent half his life collecting and lovingly caring for things other people have lost. As he approaches his last days he leaves his house and the collection to his assistant Laura - giving her the task of finding the owners of all the Lost Things. This is a gentle story of co-incidence and serendipity.
Cal Flyn - Islands of Abandonment:Life in the Post-Human Landscape.

Non Fiction (Published 2021) "This is a book about abandoned places:ghost towns and exclusion zones, no man's lands and fortress islands - and what happens when nature is allowed to reclaim it's place.   From Chernobyl to a Scottish Island, Cal Flyn has visited places that for various reasons are now not inhabited by humans. In many places nature is reclaiming the land or has adapted to move in. A fascinating book both frightening and hopeful.
Hilary McKay- The Swallows Flight.

Children's Fiction (Published 2021). This is a follow up to The Skylarks War. Although these are classed as children's books they are rather books about children. The children are now grown with children of their own and this story is mainly about two young girls in England and two young boys in Germany growing up in the interwar years and their time in in WWII. A lovely book.

John Lewis-Stempel  - Woodston; The Biography of  an English Farm.

Non Fiction. (Published 2021)  The story of a farm situated on the Herefordshire/Wales border from Neolithic to the present. Using old books and records he finds the owners through history and details of the way they farmed the land. His family have had links to the farm from times long gone and his Grandfather became Farm Manager there in the 1930's and he, himself, has farmed not far away for many years so is ideally placed to write this fascinating book.Amazon describes it well....................With his combined skills of farmer and historian, Lewis-Stempel digs deep into written records, the memories of relatives, and the landscape itself to celebrate the farmland his family have been bound to for millennia. Through Woodston's life, we feel the joyful arrival of oxen ploughing; we see pigs rootling in the medieval apple orchard; and take in the sharp, drowsy fragrance of hops on Edwardian air. He draws upon his wealth of historical knowledge and his innate sense of place to create a passionate, fascinating biography of farming in England

Rory Clements -  A Prince and a Spy.

Fiction.(Published 2021) The fifth in a series featuring Tom Wilde, an American Cambridge Don who is also now working for for the USA government during WWII. The book is based around the fact that Prince George Duke of Kent and brother to the king was killed in a plane crash over the Scottish Highlands in 1942. On behalf of President Roosevelt - a friend of the Duke, Tom Wilde is sent to find out the hows and whys of the crash. This is so well written and a really good fiction story based on some facts.

Helen Hoover - A Place in the Woods. 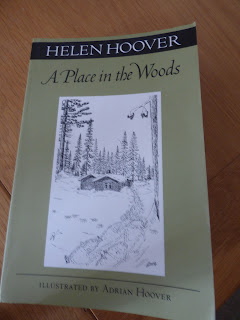 Non Fiction (First Published 1969) In the mid 50's during a summer holiday in the wilds of Northern Minnesota, Helen and Ade Hoover decide to buy a cabin and not return to their well paid jobs in Chicago. This book tells the story of the first years when they had no money and no wilderness skills. The locals laid bets on them not lasting the first winter. There are lovely descriptions of a simple life in the woods filled with animals through snow covered winters and beautiful summers. The book isn't all about a perfect life as they sometimes live on very little variation on food, the summers have biting black flies and a fire burns down a storage cabin. I really enjoyed this book.

Non Fiction (Originally Published only in the USA in 1941. This edition published with Notes and a Forward in 2021 by Heldheld Press) Margaret Kennedy was already a well known novelist before she wrote this during the 6 months in 1940 between the evacuation of Dunkirk and the Start of the Blitz. It's a journal of her thoughts and experiences as she moves her children from Surrey to Cornwall. At the time things were very tense as an invasion was expected at any time so she writes about what the government and the people are saying . Because she writes so well and right in the moment, the fear and uncertainty really come through. A very good read.

Louise Dickinson Rich - We Took To The Woods. 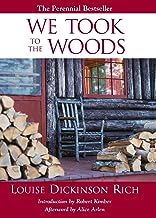 Non Fiction.(Published 1942).The story of an English teacher who moved to the remote woods of Maine with her husband. For most of the year they are isolated between two lakes and the only way out is over the ice in winter or by forest tracks. In summer they have company round about with loggers and fishermen. This is a good story answering all the questions everyone always asked her about their life.
I wonder what treasures I will read in 2022
Back Tomorrow
Sue
Posted by Sue in Suffolk at 06:00
Email ThisBlogThis!Share to TwitterShare to FacebookShare to Pinterest
Labels: Book Reviews