The fruit I missed most when we left the smallholding were raspberries. We'd grown them for all the time we were there on good sized plots, so that we had some to sell as well as plenty to eat. They were a reliable small source of income, and not so prickly picking as the 100lb + of gooseberries!.

At Clay Cottage there was a small patch of canes on one corner of the fruit bed and I was able to throw a big net over them and harvest a few each summer and also autumn because there were some prickly autumn canes mixed in among the summer fruiting. We tried to grow more in a fruit cage, but Colin died before the cage was finished and the area we'd chosen for it was too dry and too far from the water butts to carry water. I took the cage down and sold it before moving.

Moving here I discovered a few - about 3 - canes up against the fence. They were autumn fruiting but hadn't been pruned back at the right time, so produced just a very few fruit on the ends of very long canes. I cut them back  recently - a few new canes might appear in the spring  but they are squashed in against  the fence and between a climbing rose and a Buddleia  so I'm not hopeful.

Brother in Law helped me make a long thin bed raspberry in the autumn and I ordered some canes, a pack of 5 Glen Ample and splashing out extra on some 'long canes' -  5 Tulameen, they will produce some fruit this year. Both these are mid summer varieties. The parcel arrived quickly but even before I opened it I knew it was too small to hold the 5 long canes and sure enough the Tulameen were just the normal bare-rooted. I emailed and sent photos, showing the canes all the same short height in the bucket and their label. 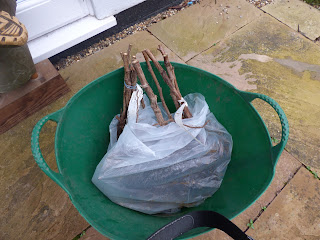 and they apologised and said keep the ones that were wrong. So I planted all 10 small canes in the new bed. They'll look like this one day I hope. Brother in Law bought me two wooden posts for Christmas (along with the wellie-boot stand) and sometime he will bang them into the ground, then I can fix some wires along the top and middle. 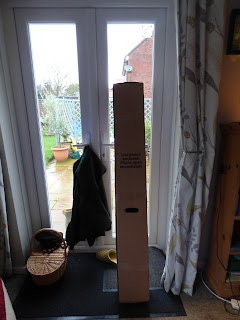 I've dug out a climbing rose and put the tall Tulameen against the fence. (There's no shortage of climbing roses here so I won't miss it)

Really, really good prompt service from Marshalls (unless you count getting it wrong in the first place!) and as I've got 15 quality canes for the price of 10 I'm not complaining. 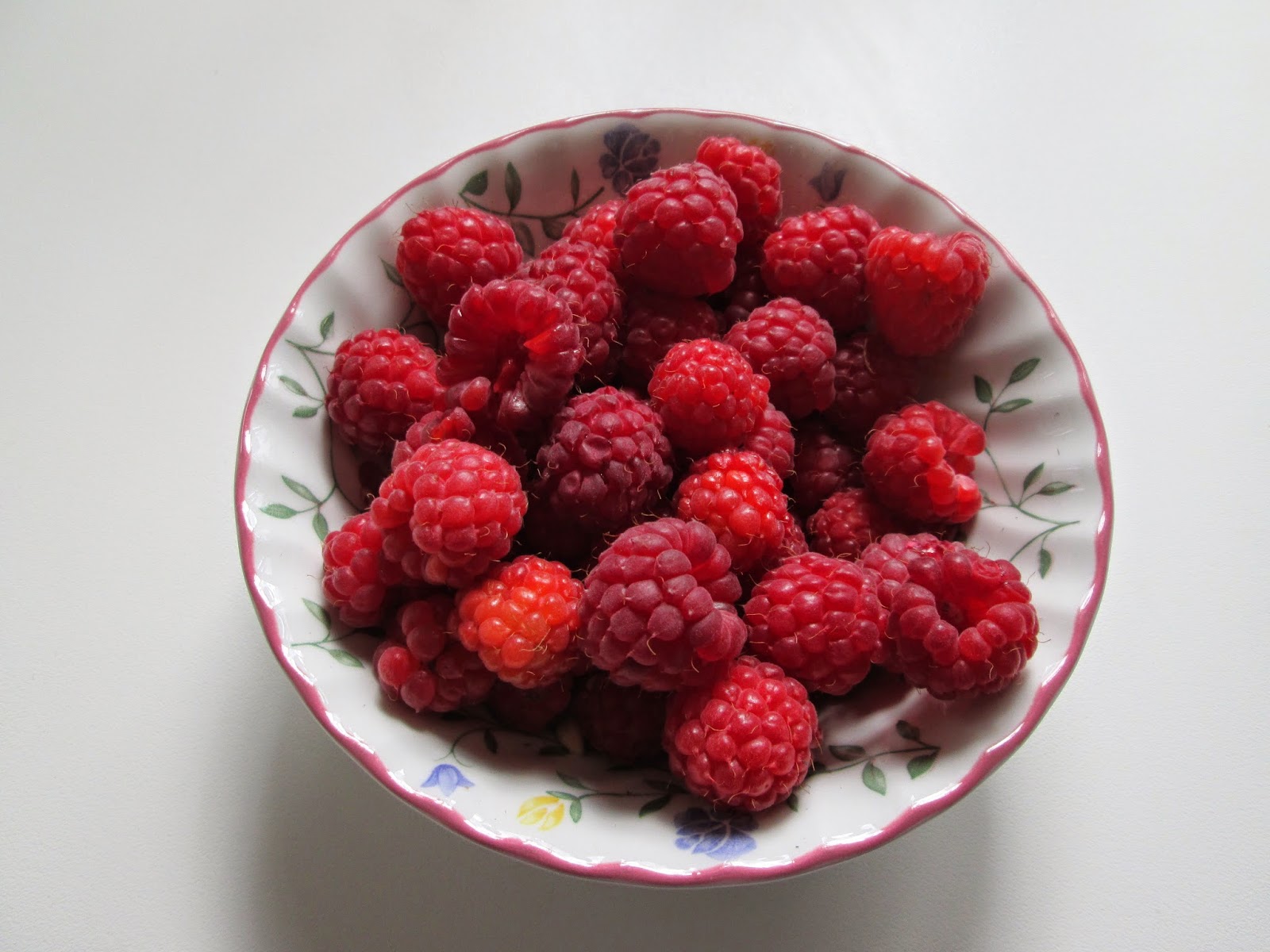 Posted by Sue in Suffolk at 06:00
Email ThisBlogThis!Share to TwitterShare to FacebookShare to Pinterest
Labels: Growing Food, Raspberries