Finally, weeks after my other Post Box posts, (Which are Here) I got to Bawdsey to take a photo of a very special postbox. This is the only known survivor of the Ludlow wall boxes with the cipher of Edward VIII. 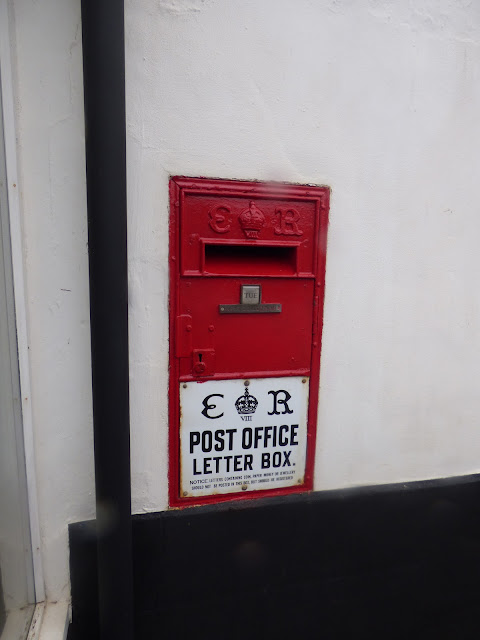 Edward VIII was only king for a few months before abdicating so only 161 postboxes of any type with ER VIII were made. Ludlow boxes - named after it's Birmingham manufacturer were made specifically for sub-post offices in rural areas. They started production in 1885 and closed in 1965.

The building this is in is no longer a sub-post office or even a shop. Bawdsey is a small village at the end of the road before the river Deben and is better know for Bawdsey Manor, the home of the development of Radar during WWII.

The Wolf Moon was huge and the sky was clear last night.The photo is taken from my front path, just after 5pm, far enough away from the front door to make the (annoying) security light go off. 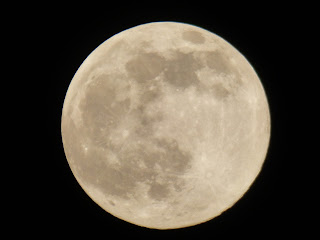 I've taken photos of the full moon before when I was at Clay Cottage, and I'd love to know why my camera takes better photos of the moon than it does churches, views or  flowers in the back garden!
Back Tomorrow
Sue

Posted by Sue in Suffolk at 06:00
Email ThisBlogThis!Share to TwitterShare to FacebookShare to Pinterest
Labels: The History of Postboxes.