Things are coming along OK - although we need rain. I filled up the big water butt from the mains a couple of weeks ago and now it's empty again.

Had the first picking of French Climbing Beans yesterday. I discovered one of the plants absolutely covered with Black Fly - never had that on this sort of beans before. I filled a spray bottle with water and washing up liquid and tried that - hope it works as I don't want to lose the plants so soon and also don't want to use anything nasty. 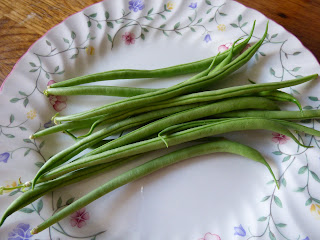 Sweetcorn plants - too close ( a common theme) , behind them is the space where I shall put the Kale and Brussels Sprout plants when they arrive. I've got the wire netting frames BiL made for me and enviromesh to put round and over them. 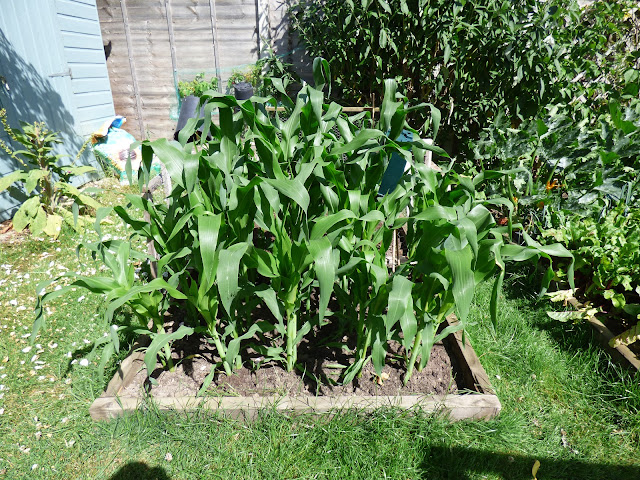 Beetroot - too close with a couple of rows of leeks squashed in behind them and 4 courgette plants - Two too many! 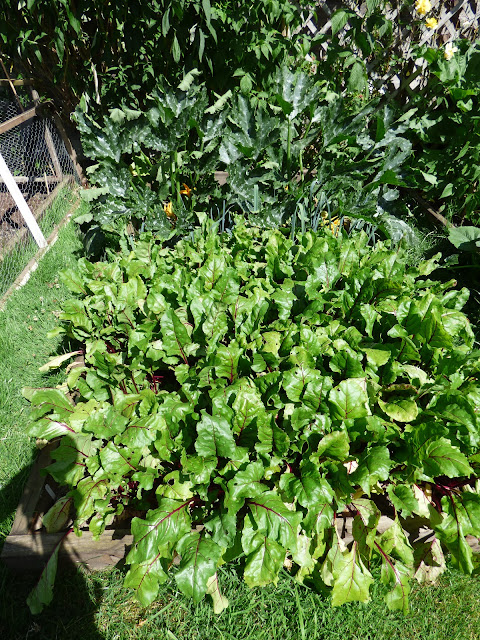 Onions in front - which I won't bother with again ( don't know why I grew them this year as I'd decided not to grow them again a few years ago - cheap to buy and too dry is the reason). There are 3 squash plants - with room to trail - just about! and empty canes for the runner beans on the right some have been sown here and some in a small tray and the French Climbing on the left. 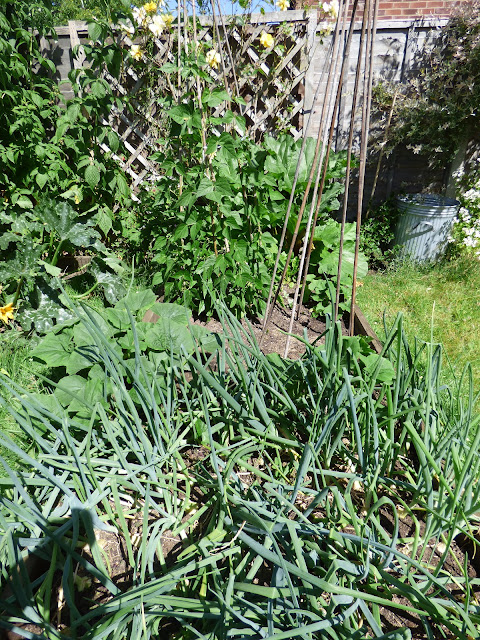 In the greenhouse are too many tomato plants, 3 cucumber plants at the end, one aubergine standing on the water butt and one more on the ground. I moved one tomato plant to outside a few weeks ago but could really have moved two more out before they got too big to move. 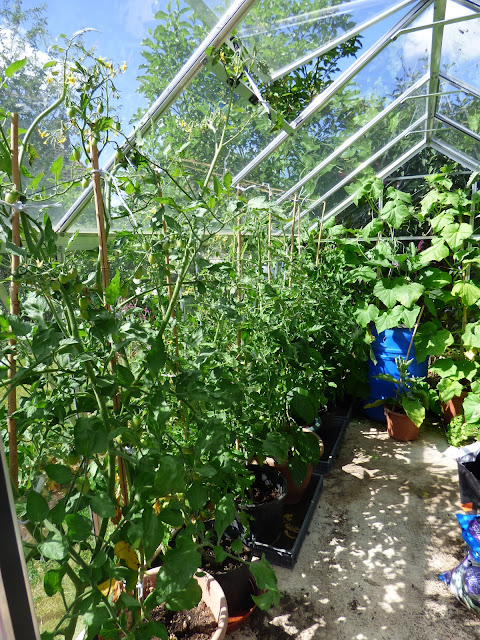 Four pepper plants, the basil and two more aubergines standing up on the staging 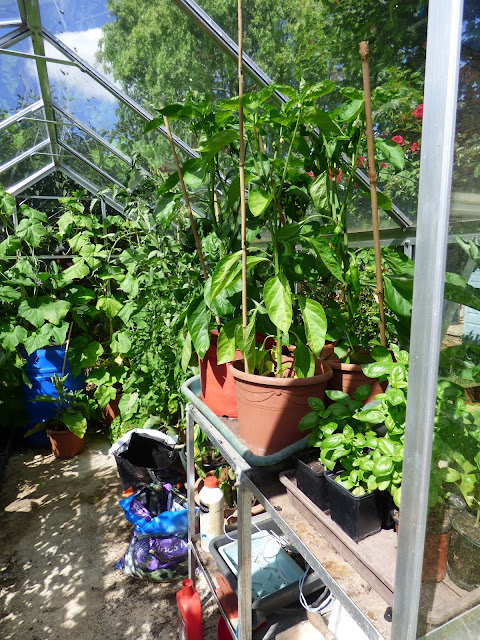 Pointy peppers beginning to get pointy 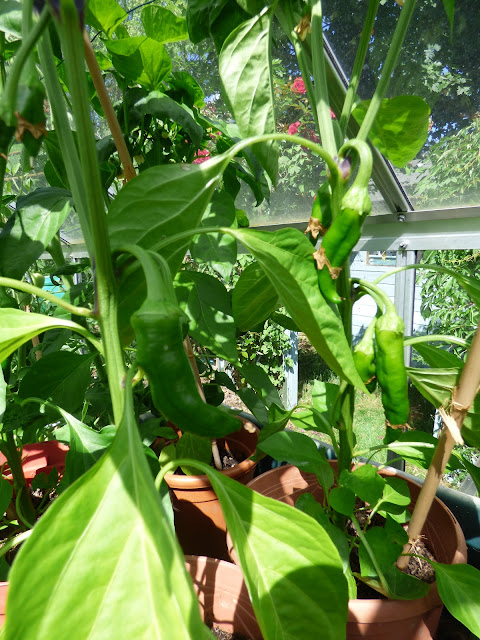 Some of the aubergines flowers have set but others just fell off. There will be enough to a big batch of make my favourite aubergine/tomato pasta sauce 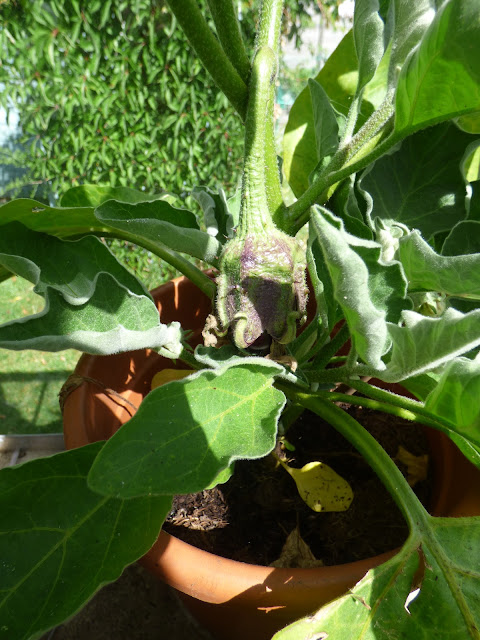 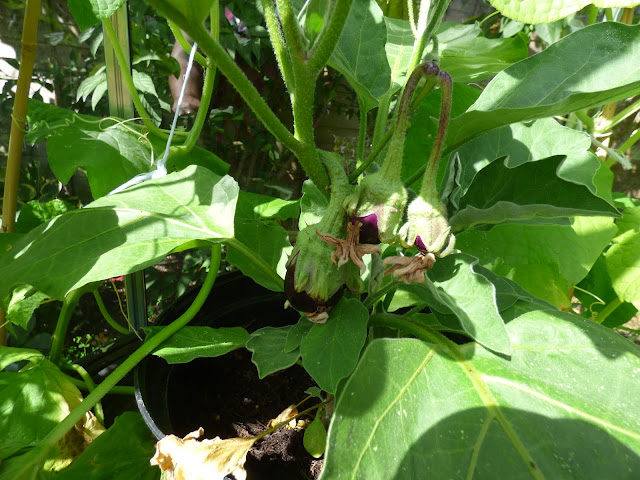 Nice to get back to growing food again after my enforced year off last year.