A very small church in an extremely small village. 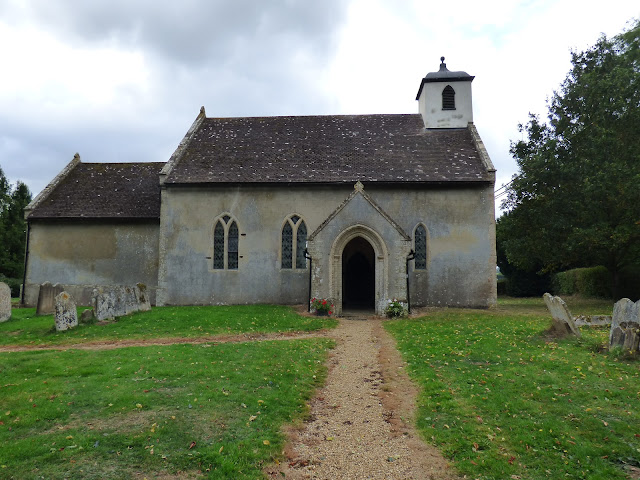 Shelland, with only 10 houses,  is not far from Stowmarket but feels like the middle of nowhere except that nowadays the main A14 is only a couple of miles away and you can  hear the traffic on the concrete road surface.
The church was built as a private church in 1767, on the site of an older building. It was  privately owned until 1936 and the land it stands on is still privately owned.
The church may be small but it is unusual as it has a barrel organ instead of a usual organ, the only one in a church in regular use and dating from 1801. It plays 36 different tunes and is activated by a person turning a crank handle.
It is painted inside in pale pastel colours and  it is also only one of 6 churches in the country dedicated to King Charles the Martyr. ( Charles I)

It was lovely to see the Harvest Festival fruit and flowers (and jars of jam) still around the church after their  Harvest service a couple of Sundays earlier. 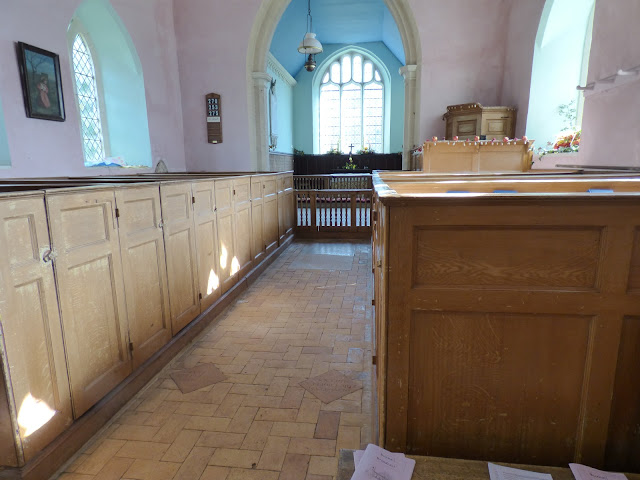 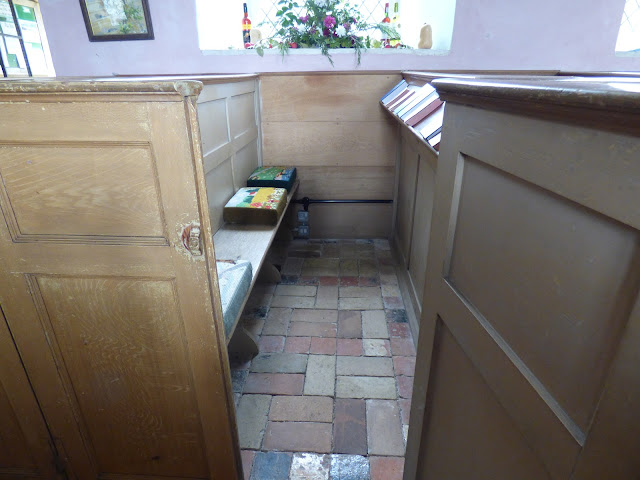 Unless he climbed up into the triple-decker pulpit! 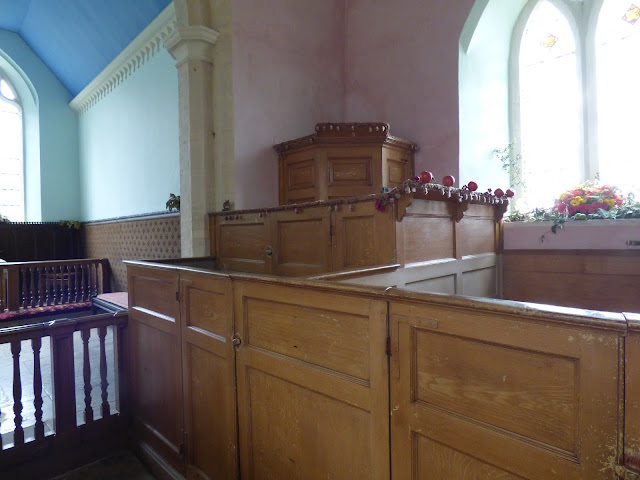 According to the Suffolk churches book the alter rail has closely packed balusters to prevent dogs getting into the sanctuary. Who knew? 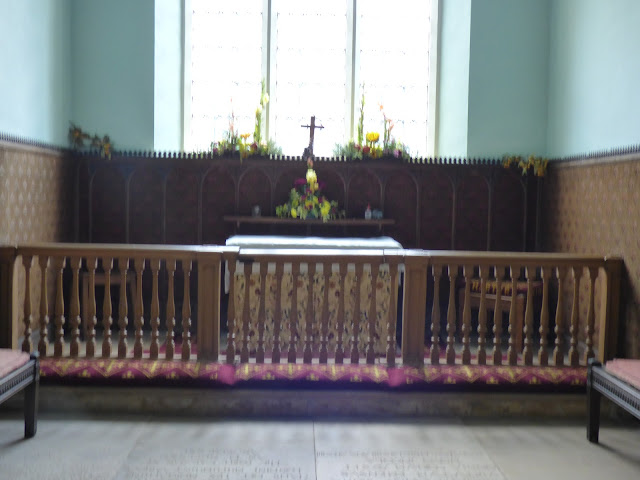 The font is octagonal made of limestone, covered with carvings of leaves and dating from the C14 is the only thing saved from the original medieval church.
With a population of just 39 at the 2001 census I doubt many children have been christened there recently. 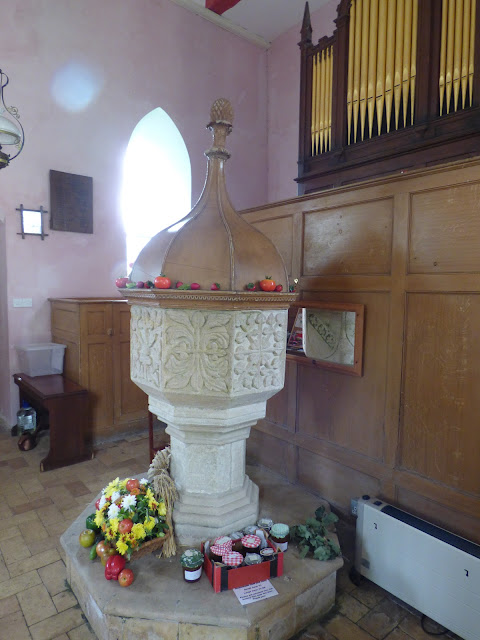 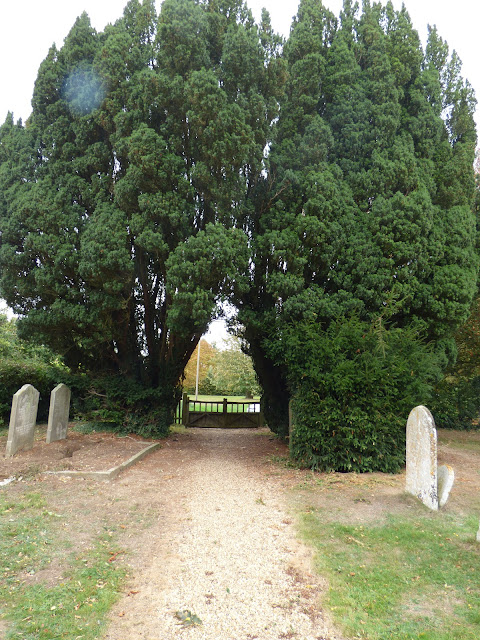