On the 7th, after looking at the on-line catalogue I decided to visit the Rural Bygones sale at the auction yard at Campsea Ashe. This is their 3rd  of the year and there were a couple of things that looked interesting.......more interesting than the similar sales in February and July.

The Auctioneer said in his introduction that many of the lots had come from the attics of  an antique/junk shop in Yoxford which hadn't been touched since the 1960.......real treasure. 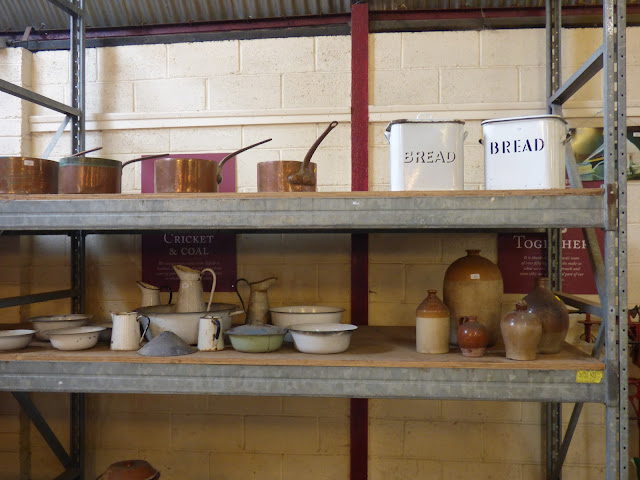 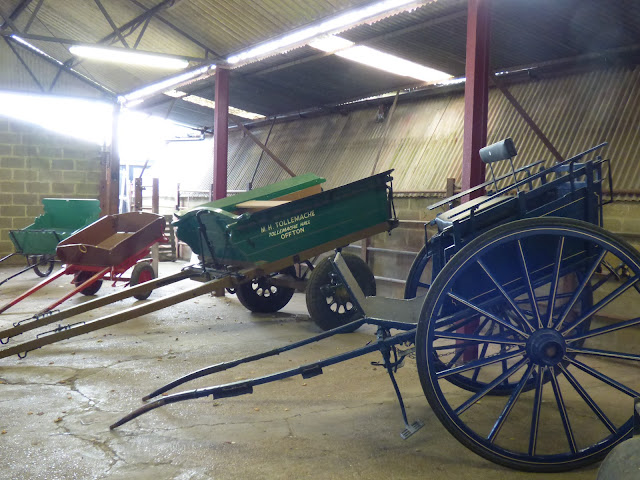 This would have been nice for the garden 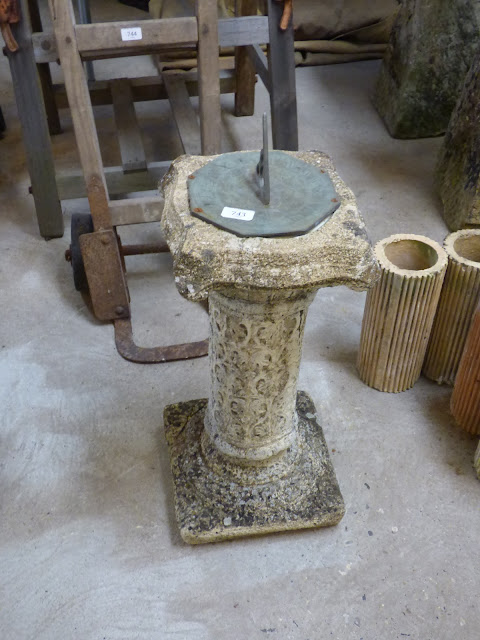 Lots of old children's annuals from the early 50's 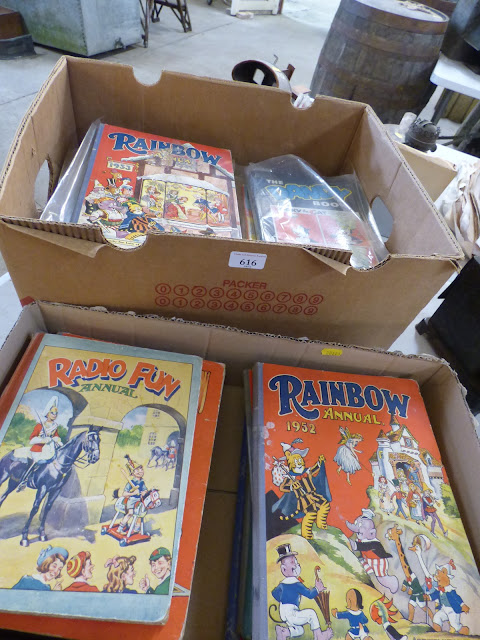 This box brought back memeories - old I-SPY books - loved these when I was young and albums full of the Typhoo- tea cards.
The world would be a better place if tea companies still gave picture cards with their tea! 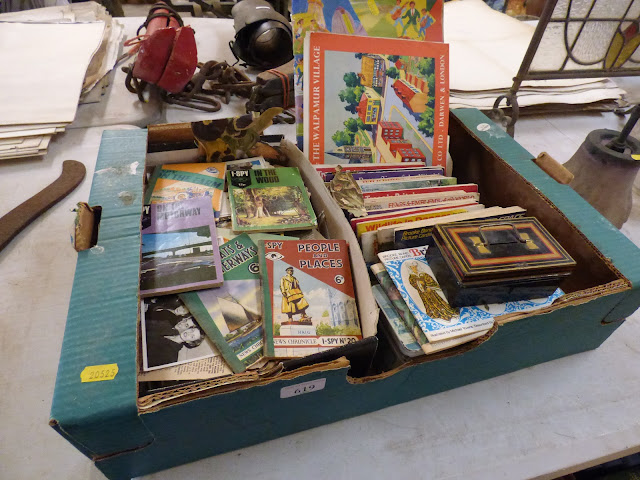 Who knew back in the 1950's and 60's people would be bidding for empty cardboard boxes!! 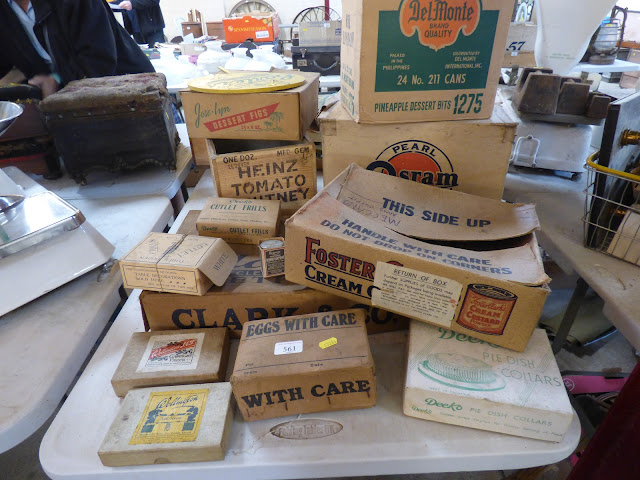 This dog-cart would be fun for grandchildren 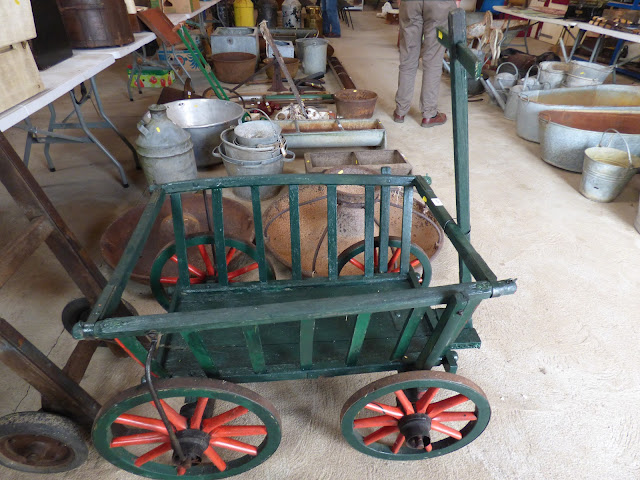 Dozens of old card advertising boards........fetching a lot of money, almost as much as the metal advertising signs. 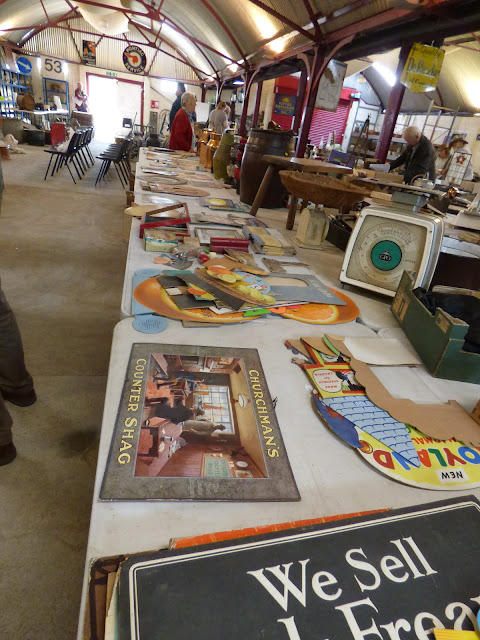 Love these staddle stones, they went for £60 each. 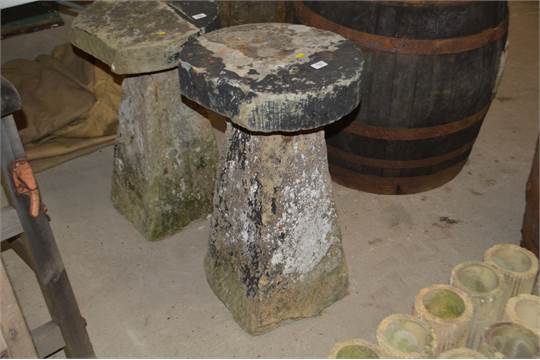 The things I was interested in were early on so I got a bidding card and hoped that no one else would want them. Vain hope! The prices went up too much and the 3 glass antique wasp traps which is what I would have liked most of all sold for £35 to an online bidder, I dropped out  before it got to £30. 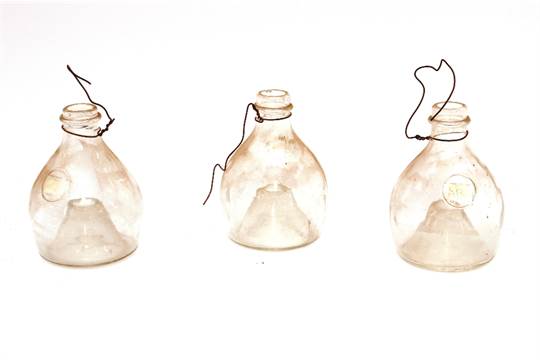 I didn't stay much longer. Can't imagine being there all day, looked online on the i-bidder site  at 3pm and they were just on the 700's, many of the lots went to online bidders.

Next month they will be auctioning all the Elmer Elephants from the Hospice fundraising trail around Ipswich. I mentioned the one designed to celebrate local lad Ed Sheeran. That has online bidding already at £700.

Posted by Sue in Suffolk at 06:00
Email ThisBlogThis!Share to TwitterShare to FacebookShare to Pinterest
Labels: Local Events, Rural Bygones Sale