It was in the URC church 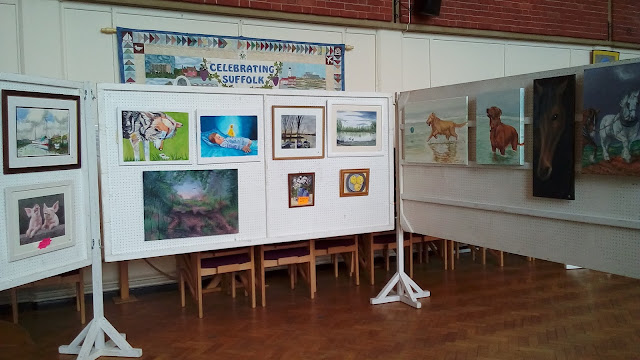 the light was reflecting on the paintings a bit too much for good photos. 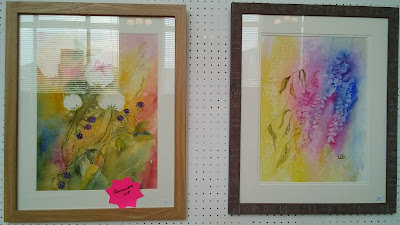 All visitors were given a slip of paper to vote for their favourite.


Without knowing who it was by (didn't have my glasses on) I choose the one below (some were quite honestly awful! - not that I could do any better but..........) I think I'm a bit boring when it comes to which art I like. 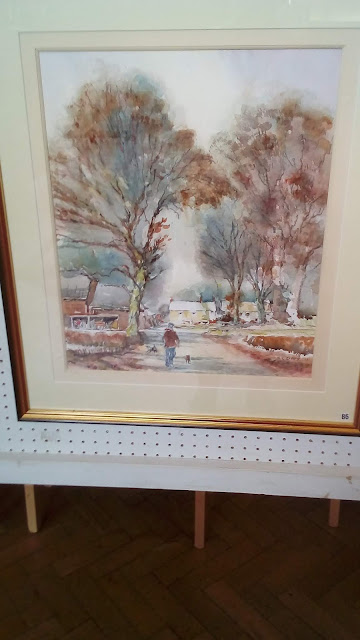 When I looked to see who the artist was I discovered it was a local man.......... Brian Lilley. I have one of his early paintings  - found at the big Lowestoft car boot sale several years ago. 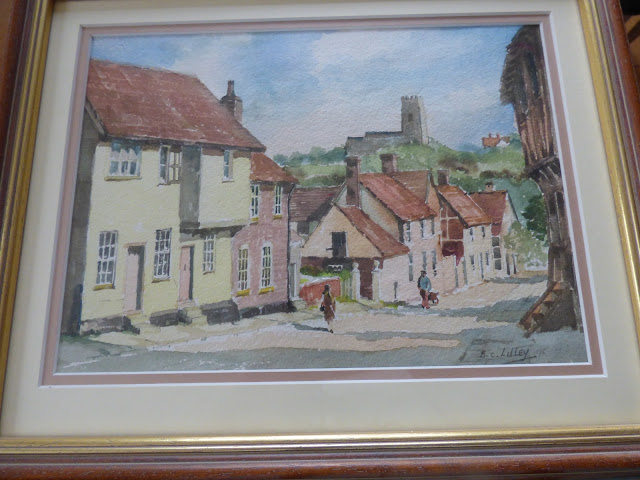 I paid £2 or £3 - un-framed. I took it to a framers who also do Mr Lilley's framing for him and they asked him if he knew how long ago he had painted it - he thought probably way back in the late 70's or early 80's when he was still an insurance man for the area in which we then lived and where I now live again. The painting at the Art Show was a lot bigger than mine and for sale for £250.

Posted by Sue in Suffolk at 06:00
Email ThisBlogThis!Share to TwitterShare to FacebookShare to Pinterest
Labels: Art Exhibitions, Local Events