Wartime at The Middy

Living just across the fields from a heritage railway, holding their annual wartime event with half price entry for locals there is really no excuse for not walking down to have a look. Although I think it was rather a waste of a fiver and need you to remind me not to bother next year!

There wasn't much happening, hardly any stalls certainly  less there than 2 years ago although they had found a air raid siren and sound recording of planes attacking and ack-ack and the "home guard" did some shooting at the imaginary planes.

I looked round at what was there, took some photos then the battery went flat on the camera so I walked home again. Ho Hum.

I'm counting my £5 as a donation to a local charity and just calling it a good walk on a chilly day!

This is the little shunter called Serapite. It usually lives at The Long Shop Museum in Leiston, where it only has a short bit of track to run on so here it gets to show off on quarter of a mile! 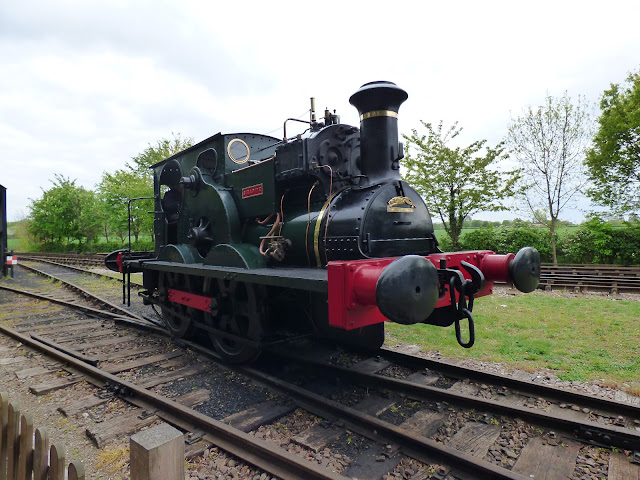 The "Home Guard" doing a spot of marching drill. 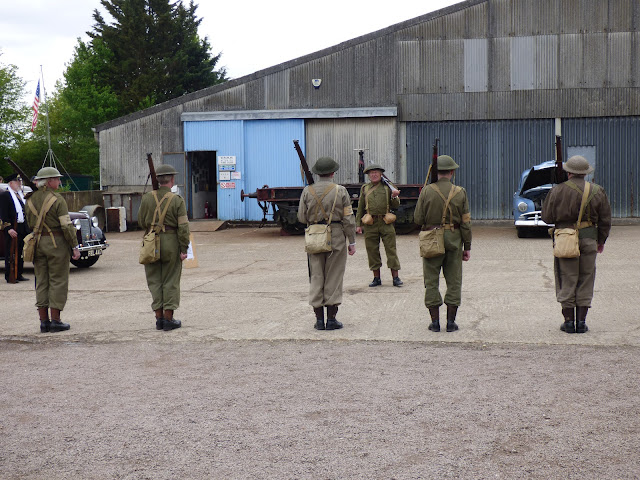 Later after I was home again a Spitfire from the RAF Memorial Flight did it's flypast over my house and the museum. 2 circuits and off back to it's home in RAF Conningsby (which I photographed from the top of Tattershall Castle last week). On Bank Holiday Monday an old Bomber based at Conningsby should have done a flypast but I didn't hear it.

I  asked when they will be laying the rails to extend for another quarter of a mile but as it's going to be done mainly by the volunteers they are just hoping the work will be done sometime in the next two years!