On the Way to Lincoln

As I mentioned on Saturday, Son, DiL, Willow and I had 3 nights stay in a town house in Lincoln.

We couldn't get into the house very early so visited NT Tattershall Castle on the way up. And UP is a good word because there are 149 steps from the ground floor up to the highest point we could reach. That's the row of little windows under the battlements.

The first building here was a small stone fortified Manor House and then Lord Cromwell developed it into this fortress in the 1440's. For a while it was a Tudor Palace before being seriously damaged during the English Civil War. For 200 years it was abandoned and ruined but then saved by Lord Curzon and restored to it's current state between 1911 and 1914. 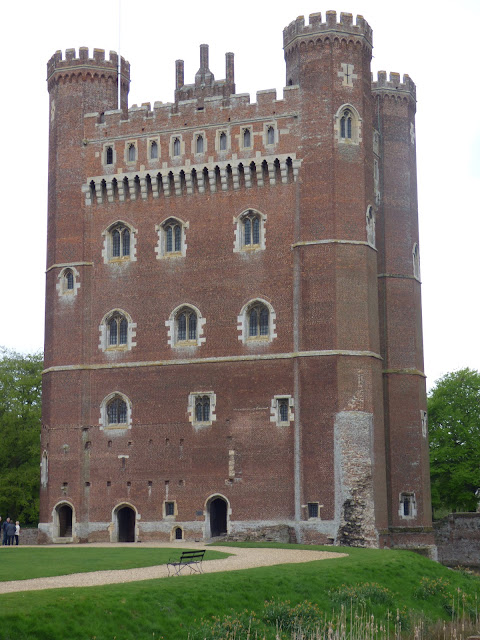 The view from way up there over the parish church 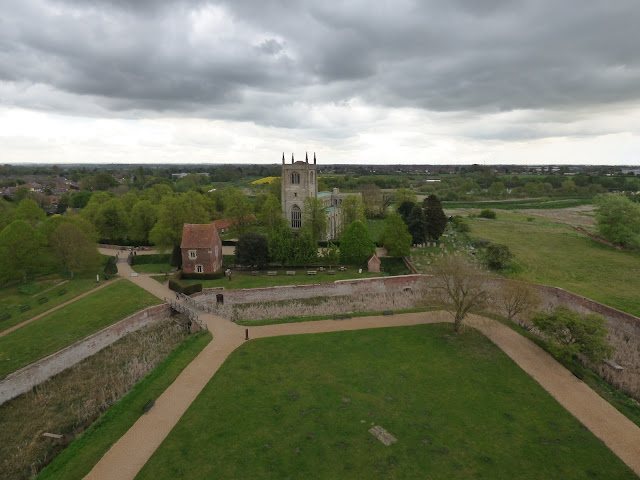 Each storey had a main room with little rooms off in the corner turrets.
One of the fireplaces in one of the main rooms 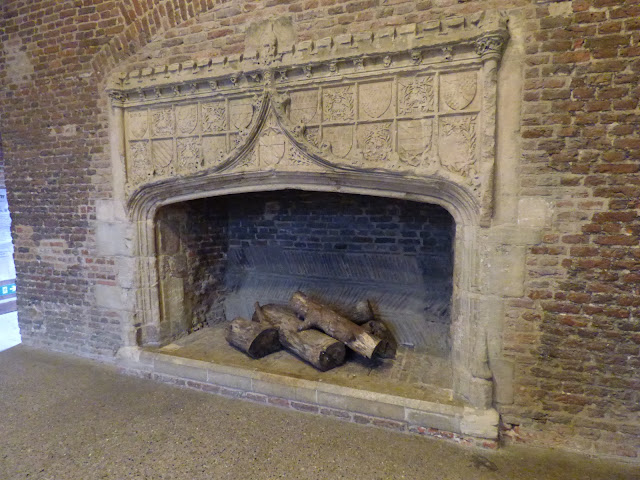 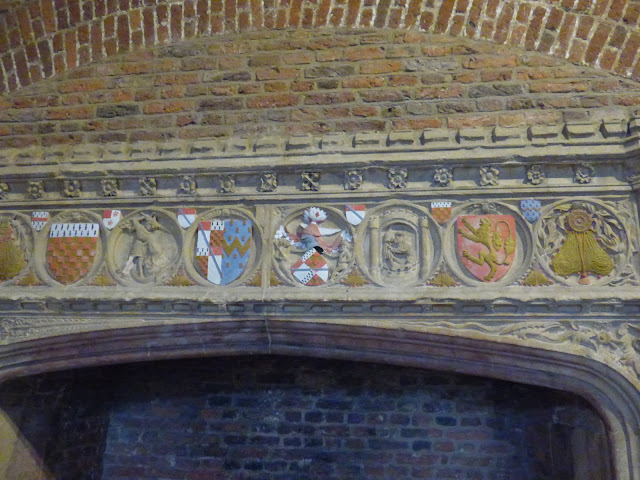 One of the little side rooms was a dovecot 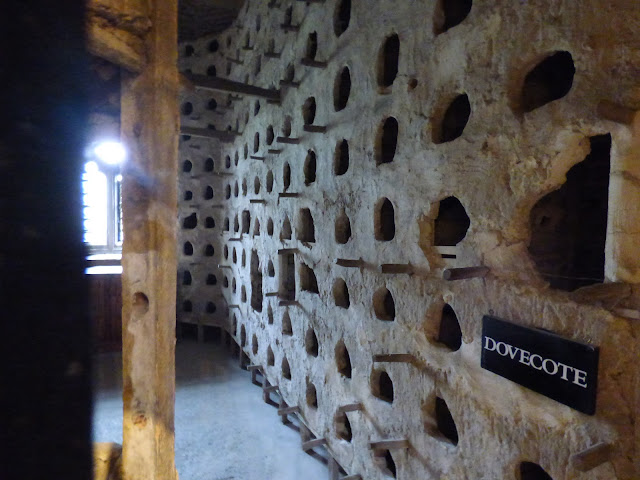 Standing on the roof is as high as we were allowed. There are steps up to the battlements but all roped off - the woodwork hand-rail did look a bit dodgy. 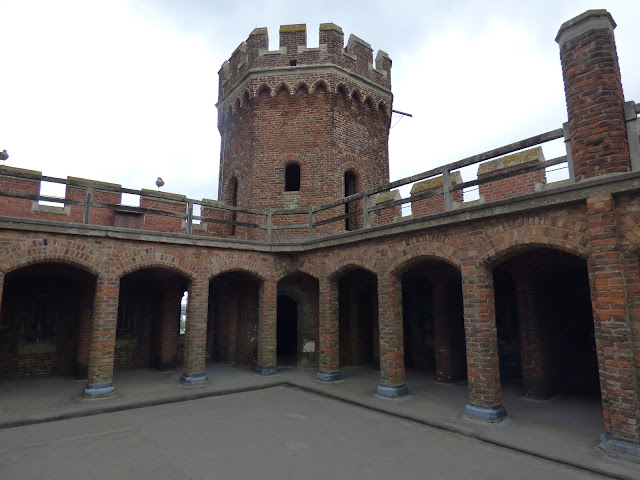 Looking out from the top in the other direction over RAF Conningsby. Quite strange standing on an old castle with fighter jets taxiing on the runways and then taking off with a huge roar of noise. 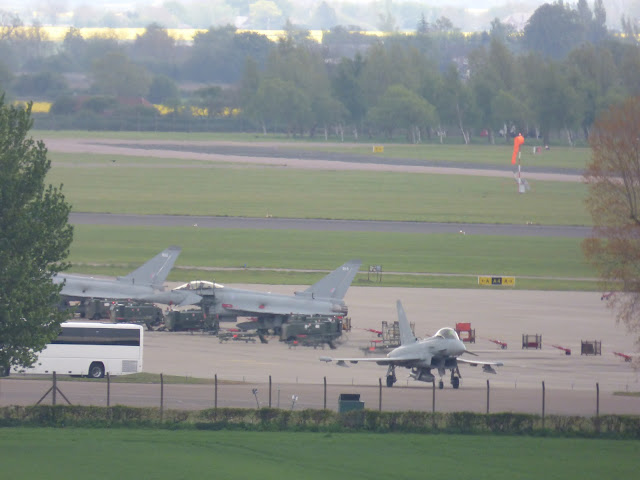 Then we drove on up to the holiday house in Lincoln.

I used my NT membership card to get in to Tattershall Castle and the £15 gift card I got when I joined was just right for paying for Son and DiL to get in...........handy.

Back Tomorrow
Sue
Posted by Sue in Suffolk at 06:00
Email ThisBlogThis!Share to TwitterShare to FacebookShare to Pinterest
Labels: Holidays