(This post has been sitting in drafts for a few weeks now, I went there just after Easter and haven't been to a church since, so will need to get out visiting again soon.)

Another village church in another small village but each one is different. This one has very high nave walls and you can see where there was once a clerestorey (High windows) which has been filled in. 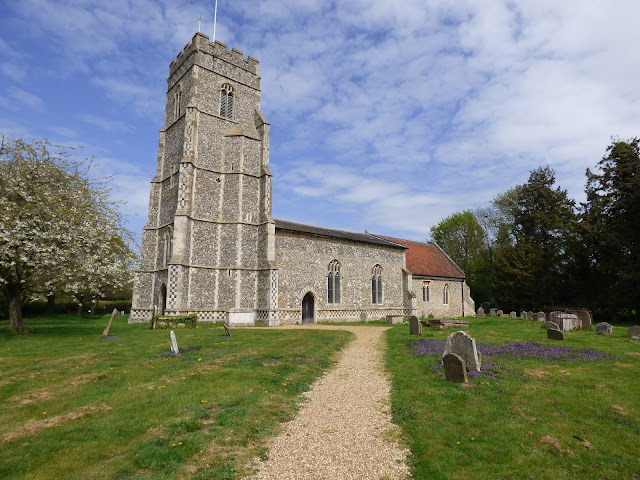 View down the nave toward the altar. I noticed that a bit of painting  will be needed soon! The stencilled wording on the arch says " Worship the Lord with Holy Worship" 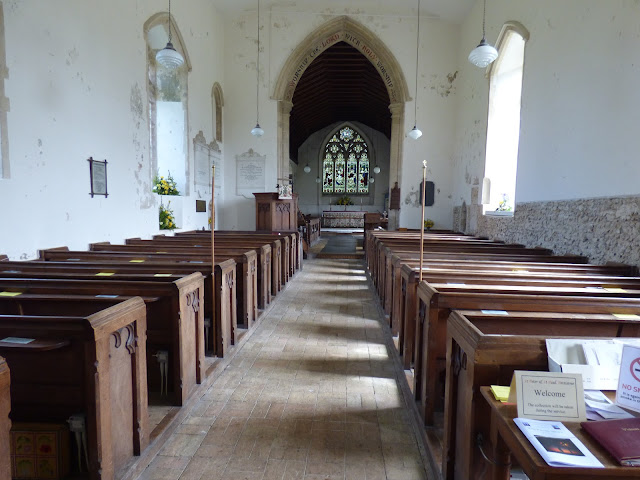 Such an unusual font. Instead of round or octagonal and made of old stone. It is square and looks very modern, although the plinth it stands on looks much older. 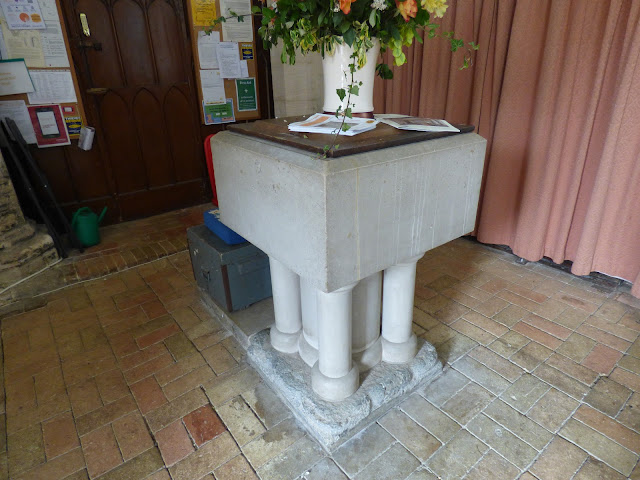 This is interesting, all about the bells, how they work and their history. How bells are made and rung and the pattern for ringing one of the many "changes" there are in bell ringing. ( I was married to a bell ringer for 3 years BC -  Before Colin- so know all the jargon - he ran off with another bell ringer!) 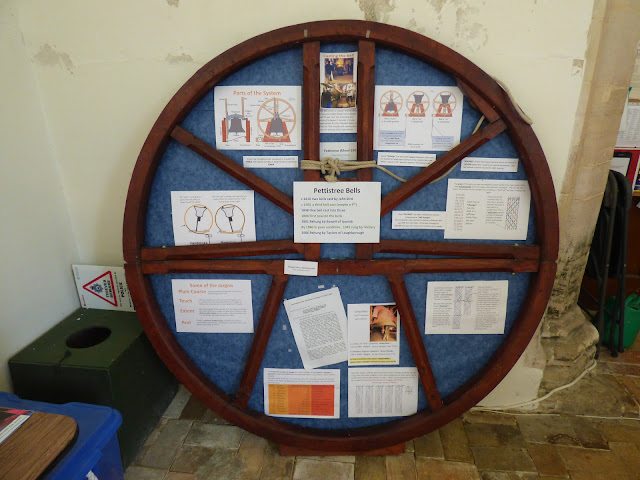 (whatever was that green box in the corner? with a hole in the top? didn't noticed it when I took the photo. Very odd)


I've never seen this in a church before, do all village churches have vaults? in our wet heavy clay soils of Suffolk it might have been difficult. 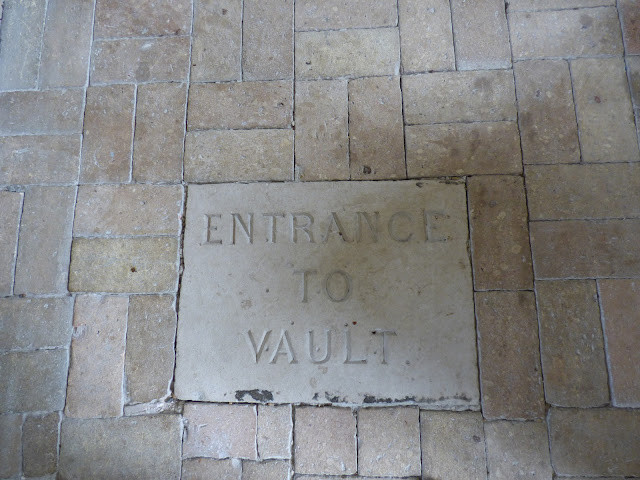 Below is the feature which gets this church it's mention in the 100 treasures book. It is a rare stone  altar slab found in 2005. It features four of the five consecration crosses. It would have been covered in the C16 Reformation. All stone altars had to be broken up  and replaced by wooden tables  by a law of 1540 but instead of breaking up the sacred stone many were just plastered over. 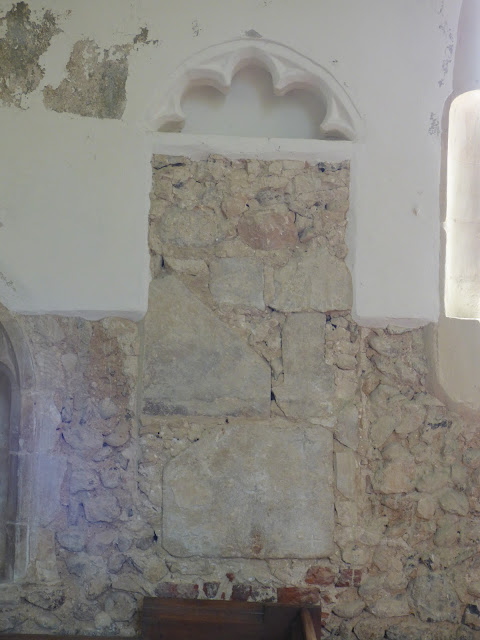 A corner of the back of the church is curtained off for storage . I liked that they had had a special post carved to hold the curtains 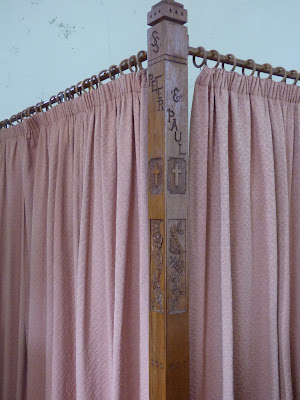 As it was the week after Easter when I visited the church was still full of the most beautiful flower arrangements. 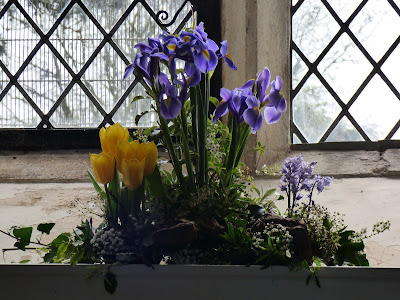 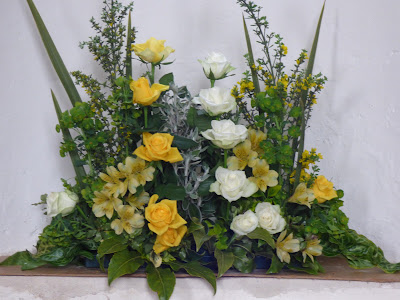 There are many memorials to this family in the aisle 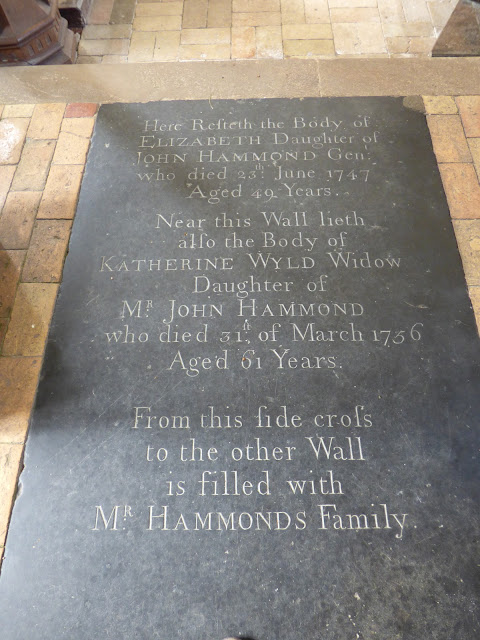 These brasses of Francis Bacon (not any of the famous men called Francis Bacon)and his two wives is dated 1580 and is on the wall instead of the floor. 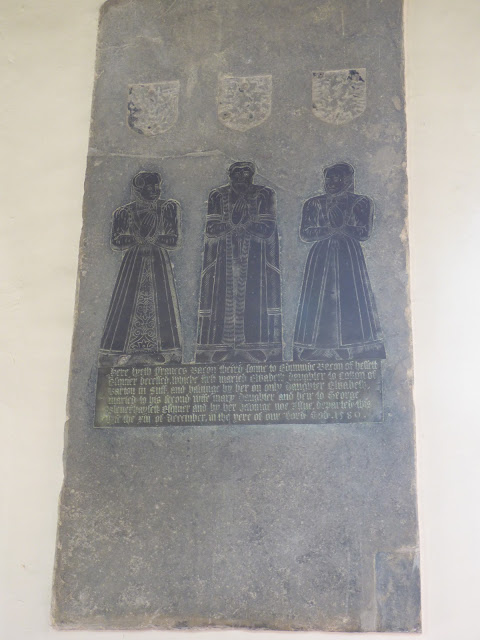 More about this church HERE on the Suffolk Churches website.

Thank you for all the comments about my bargains on yesterday's post.