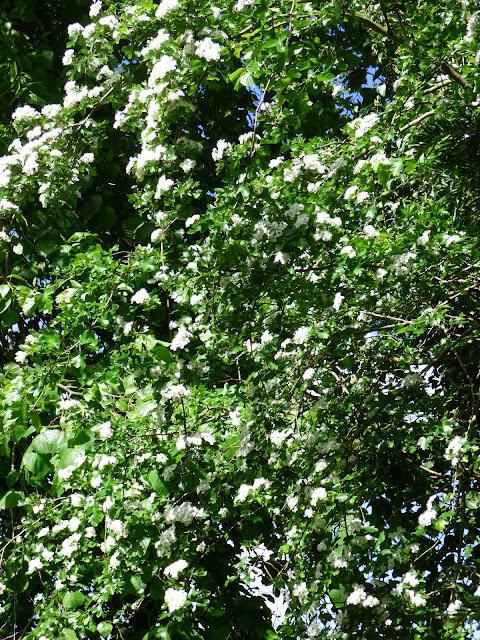 Hawthorn (or May) is one of those plants that has been around forever with so much folklore attached to it.
During the land enclosures in the 16th to 18th centuries it's estimated that 200,000 miles of Hawthorn hedges were planted. Fast growing, sturdy and very spiny it makes a perfect impenetrable hedge when it's cut and laid. Something that doesn't happen so much nowadays, and of course many of those old Hawthorn hedges were pulled out in the 70's as farm machinery got bigger and farmers were paid to remove them and make bigger fields.
Before the calendar changes Hawthorn would have been in flower on May day which was a special day for celebrations, also known Beltane( Bel's Fire) and would have been used in many of the old traditional festivities.
It was once though to protect from lightening
Beware the oak, it courts a stroke,
Beware the Ash, it courts a flash,
Creep under the Thorn,
It will save you from harm.
Hawthorn branches were woven into a globe and hung in the rafters of the kitchen to protect from fire. Taken down when the May flowered the following year it was then burnt and the ashes scattered on the vegetable garden for fertility.

But from the mid C17 it was considered unlucky to bring Hawthorn blossom into the house, thought to be due to the fact that people with the  plague had the scent of  May flowers about them.
Hawthorn blossom and Elder flowers
Fill the house with evil powers
From that time Hawthorn was said to be a favourite of witches who were thought to be able to turn themselves into the tree at any time. So it was never a good idea to sit and rest or fall asleep under a Hawthorn as you could be taken by the witch and disappear into the mysterious fey world forever.
It was thought that felling a Hawthorn was disastrous unless a prayer was said beforehand and to fell a Hawthorn when clearing the land to build a house meant bad luck or even death for the people who would live there.
Hawthorns crossed from Pagan to Christian lore and  in Ireland often became "mass trees" dedicated to Saints or associated with holy wells. While in  England The Glastonbury Thorn is  the most well known, growing from a staff planted in the ground by St Joseph of Arimathea.
And of course Cicely Mary Barker had an illustration for the May Fairy in her book "Flower Fairies of the Spring. 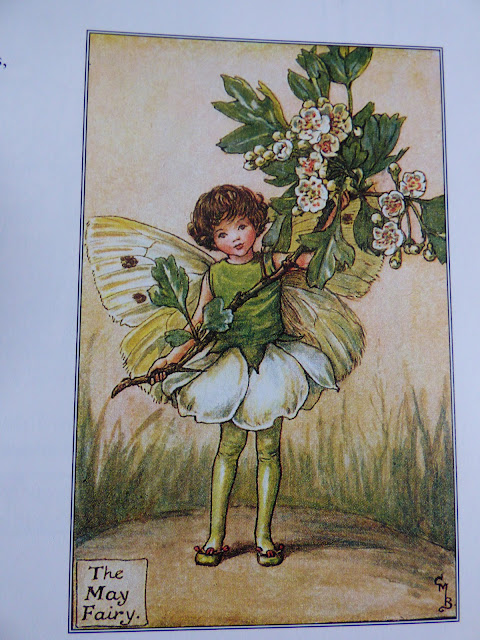 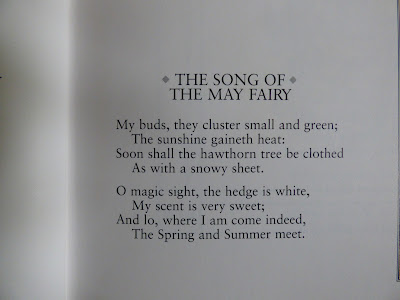