Jack-By-The-Hedge is a very common plant on the banks and under hedgerows everywhere but I came across a huge patch of it in one place where I walked last week. It's just beginning to go over now. 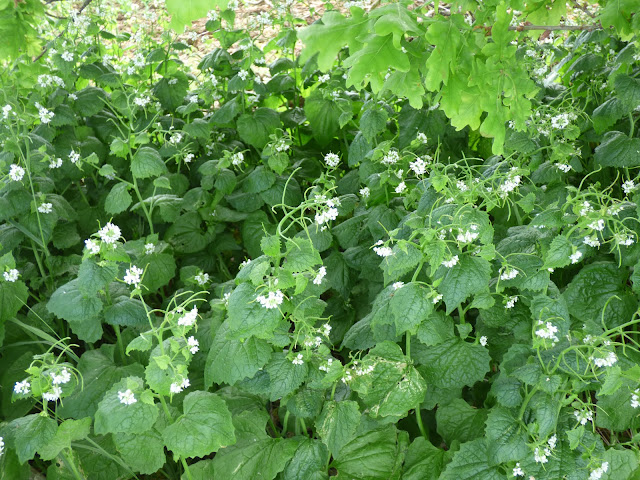 I read that the plant contains a natural antifreeze so the over wintering rosette can be found and eaten even in the depths of winter. Although I've tried it and have never found much flavour of Garlic or Mustard even in early spring on the fresh leaves so I can't imagine it being very tasty in winter.
I thought I would find it mentioned in The Folklore of Plants book - but nothing. Although I did come across the possible reason for it's common name. Perhaps once called Jakes by the Hedge and Jakes were the old name for a toilets and this plant is supposedly to smell like an old toilet! but can't say I've noticed that either.

"The poor people in the country eat the leaves of this plant with their bread, and on account of the relish they give, call them Sauce-alone. They also mix them with Lettuce, use them as a stuffing herb to pork, and eat them with salt-fish" 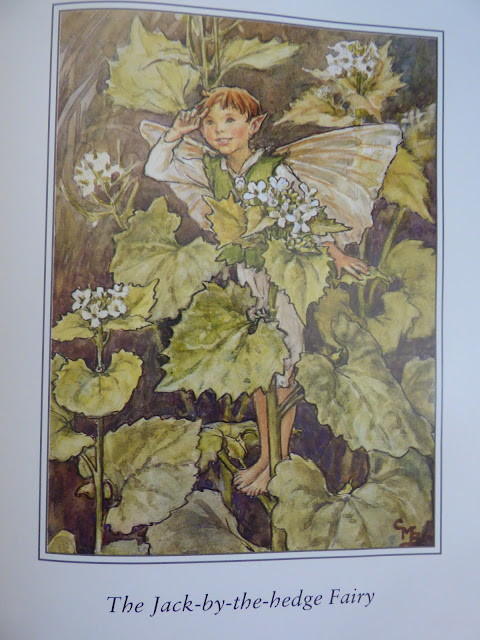 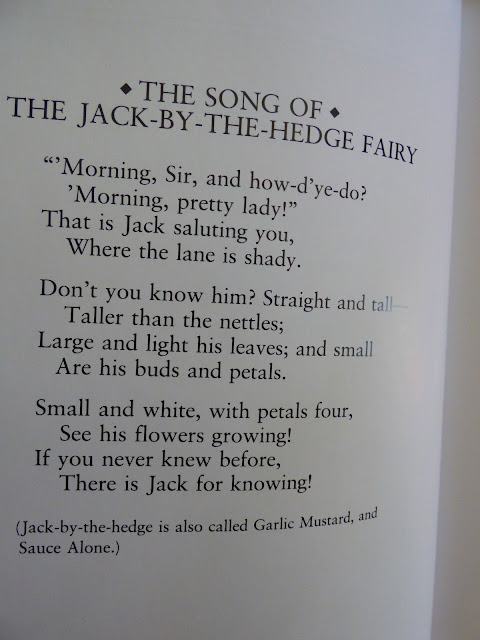 Back Tomorrow
Sue
Posted by Sue in Suffolk at 06:00
Email ThisBlogThis!Share to TwitterShare to FacebookShare to Pinterest
Labels: Flower Fairies, Natural world