The Lost Churches of the Creetings

There are two churches in the two Creetings which are small villages chopped through by the A14 just to the north of Needham Market. Creeting St Mary and Creeting St Peter . 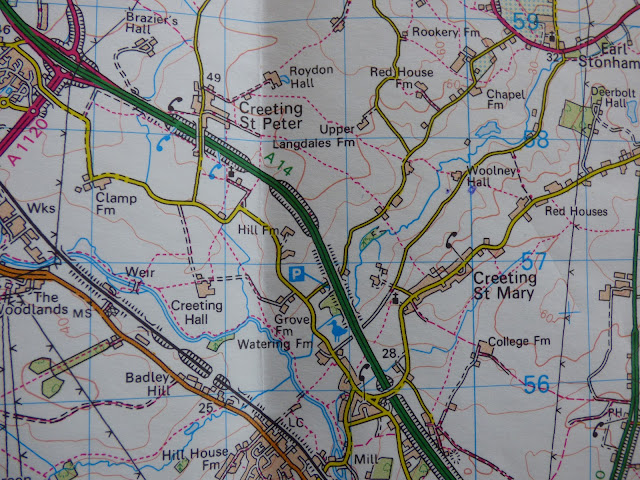 But this post is about the two that are no longer there. Unfortunately the boards that give all the information about All Saints and St Olaves were installed in around  1999 after a grant to fund the Creetings Churches  Project, and now are barely readable. I've photographed the information and re written it.

From geophysical surveys they know this is how the All Saints Church looked with St Marys behind it, sharing a churchyard and below is St Marys as it is now. From "eye witness" accounts from the time All Saints church is thought to have had a round tower. 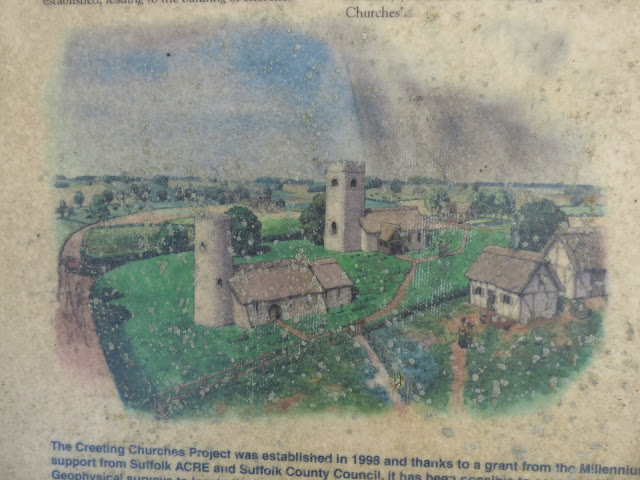 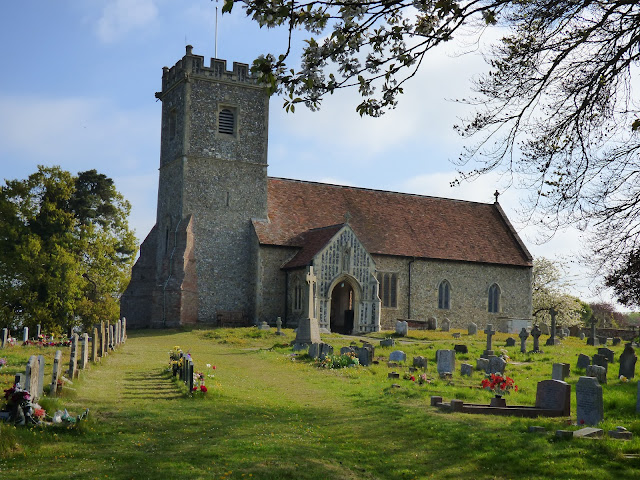 For nearly 1,000 years the two churches for the two villages stood side by side on this high spot and would have been very visible from the Gipping valley below and were known as "Creeting Two Churches"
In 1800 All Saints suffered badly in a storm after already being slightly dilapidated and permission was given to demolish it in 1801 when it was found to have been built with almost no foundations. An aisle was added to St Marys for the extra congregation.

Just a mile or so north of St Marys is a board about the Lost Church of St Olaves. The board here is in even worse condition and difficult to read. There is no village of Creeting St Olaves and the church site has just one farm for company on a small no through road. 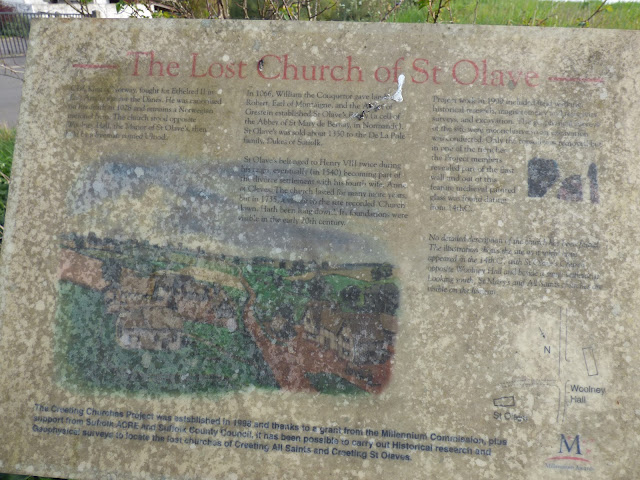 Olaf, King of Norway, fought for Ethelred II in East Anglia against the Danes. He was canonised on his death in 1028 and remains a Norwegian national hero. The Church stood opposite Woolney Hall, the Manor of St Olaves. Held by a freeman named Ulnod

In 1066, William the Conquerer gave land to Robert , Earl of Montaigne and the Abbot of Greste established St Olaves (a cell of the Abbey of St Mary de ? in Normandy. St Olaves was sold about 1350 to the De La Pole family, Duke of Suffolk. St Olaves belonged to Henry VIII twice in his reign eventually becoming part of the divorce settlement of Anne of Clevesin 1540 .

The church lasted for a few more years but in 1735 a visitor to the site recorded "Church down, Hath been long down". 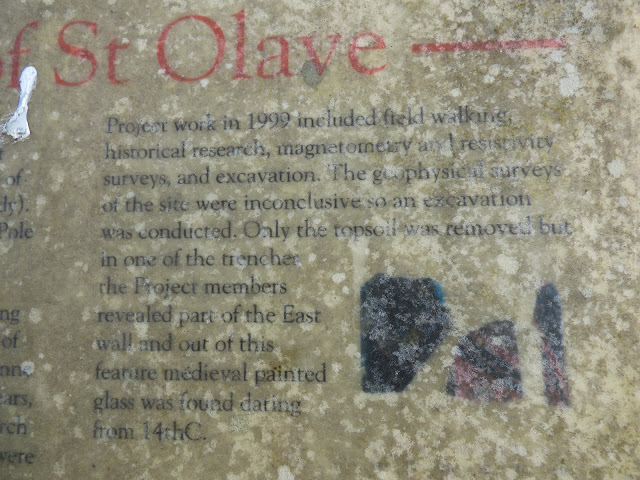 Field walking in 1999, geophysics and an excavation of topsoil revealed a part of the East wall and some medieval glass from C14. Now all there is to see from the bank above the road - is a wheat field.