This annual event, which has been held here for the last 15 years isn't too far from home - about 8 miles I guess and  my plan was to go on Saturday but when I joined a queue of cars on a side road waiting to join another queue of cars on the main road waiting to get into Haughley Park I did an about turn and went back, I thought I'd see just how long the queue was on the main road - it was hilarious.......(not for those waiting I guess!) .....as the queue stretched way back for more than 3 miles. I turned off then to come home but the queue was out of sight round a corner so heaven knows how long it was in total. 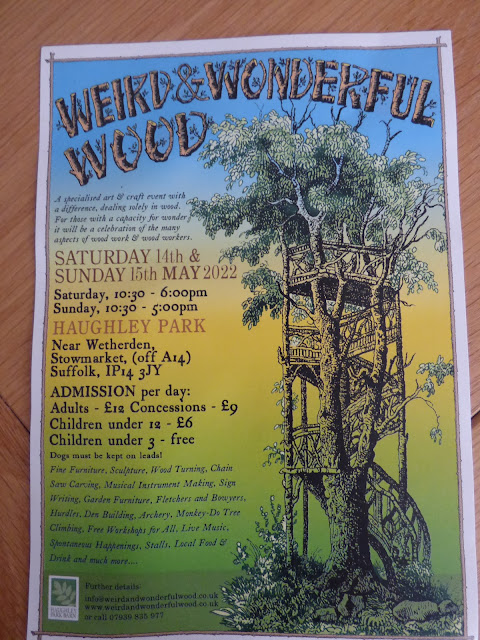 They'd done a fantastic job of advertising as there were posters and leaflets  everywhere for weeks beforehand  but the organisers probably didn't expect all of Suffolk to turn up !

So I went home and sat out in the sun and decided to aim for an earlier start on Sunday! Which was a good plan as I didn't have to queue at all to get in to park. I was also lucky to take most photos early before everywhere got really, really busy

Haughley Park House is a massive Tudor mansion and acres of land still owned privately and in the grounds for 40 years there was Rannocks chicken processing factory, which then became part of the Four Sisters food processing company but that all closed down about 10 years ago.

I spent the first 20 years of my life living just a mile from this house and many hours in the park when I was a Cub Scout Leader  where we had the Scout District Campsite, so we were there for campfires and all sorts of District Events. 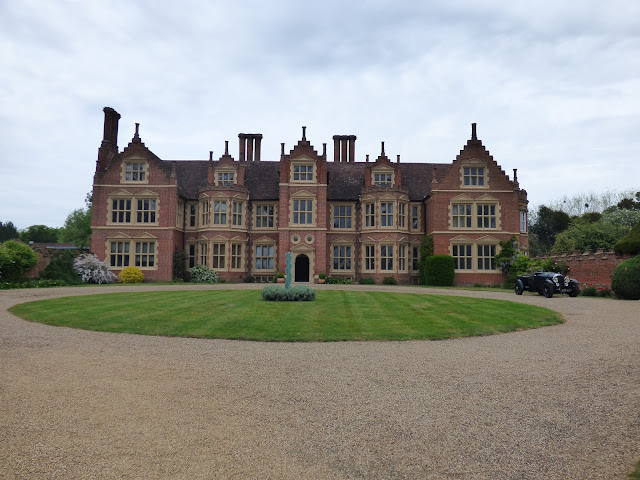 The barn below was  rebuilt and modernised  by my Dad and his builders back in late 1960's and turned into a wedding venue  not long after. Dad was often phoned by Mr Williams who owned the house and park back then whenever he needed odd jobs done and it was best to go straight away! 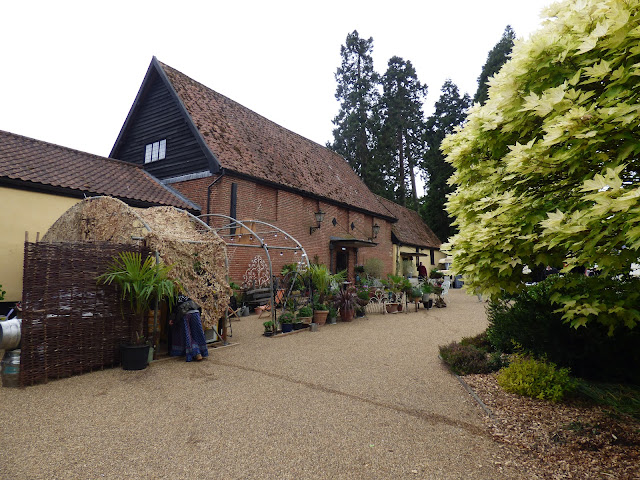 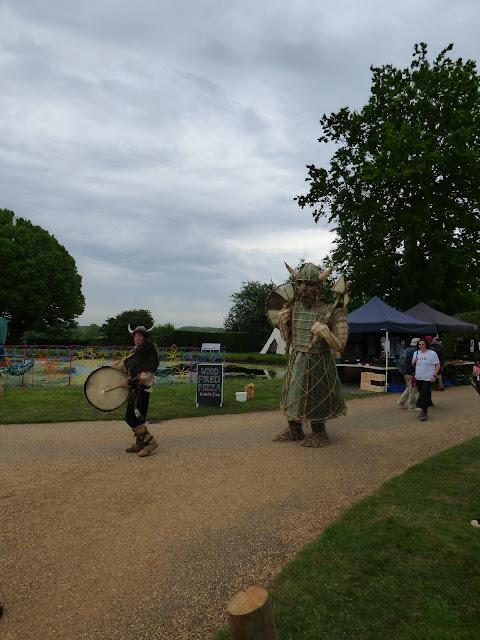 Above is a Viking Giant Green Man - no idea why

There was a huge herb stall, I spent ages looking and bought a Fennel to replace one I got last year which died over winter. 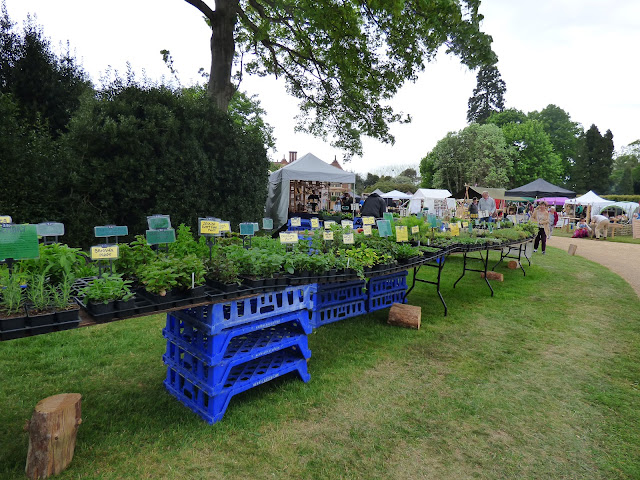 The stalls were mostly things connected with wood in some way and there were things like story tellers and craft demonstrations, opportunities for childrens crafts and things for older children to do like circus skills. 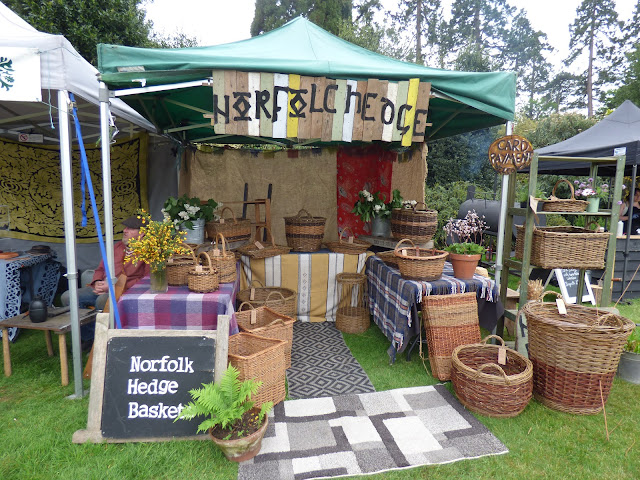 Hand made from Gourds 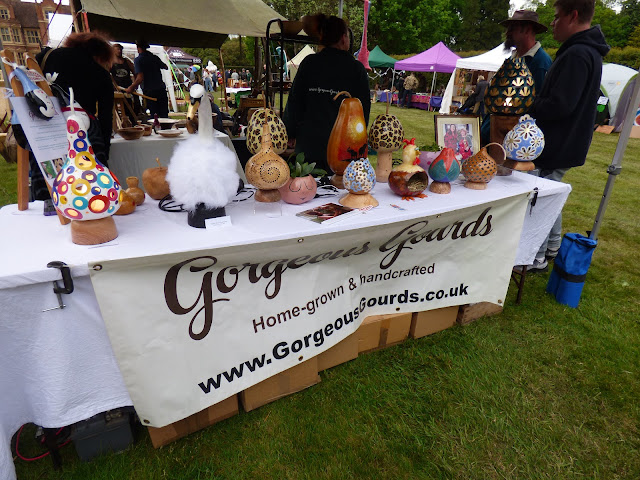 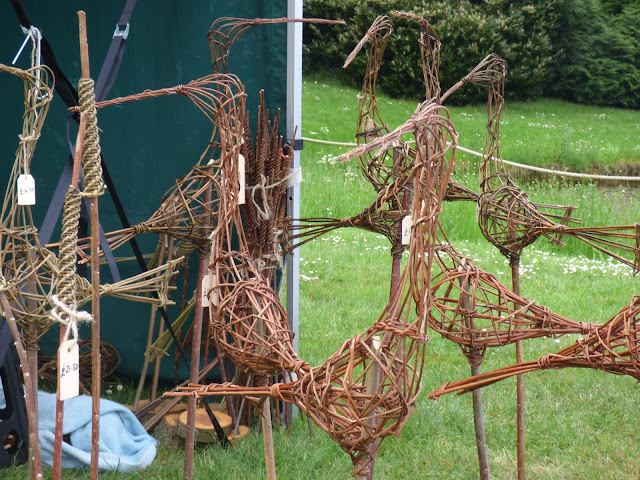 The weird and wonderful 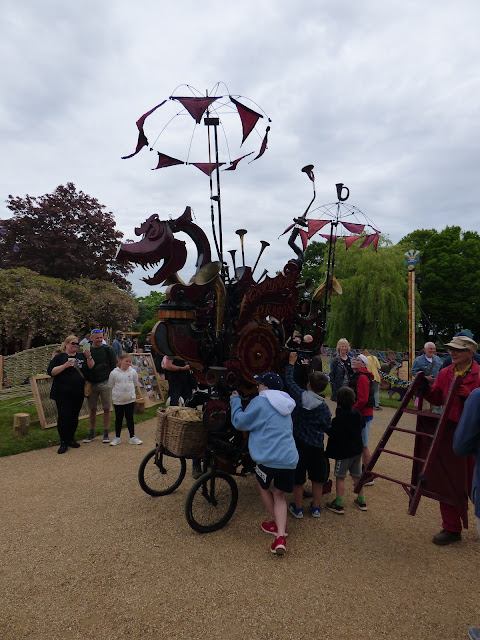 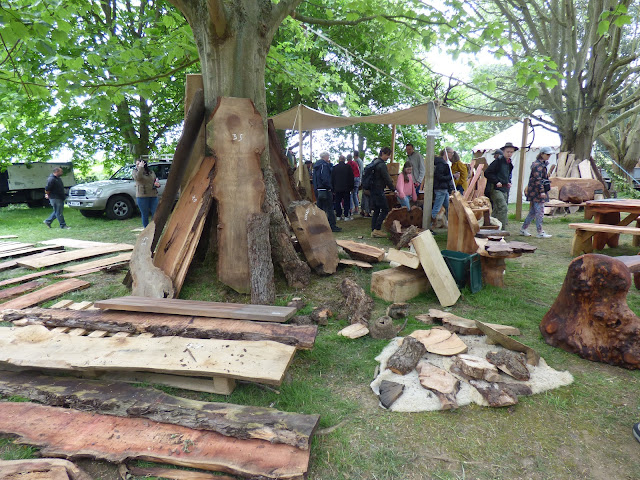 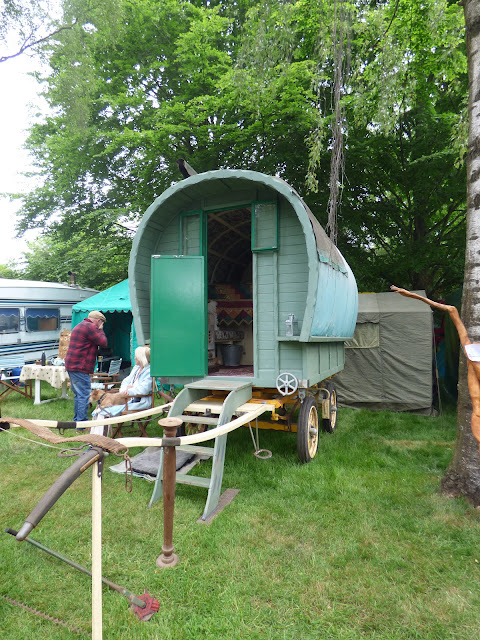 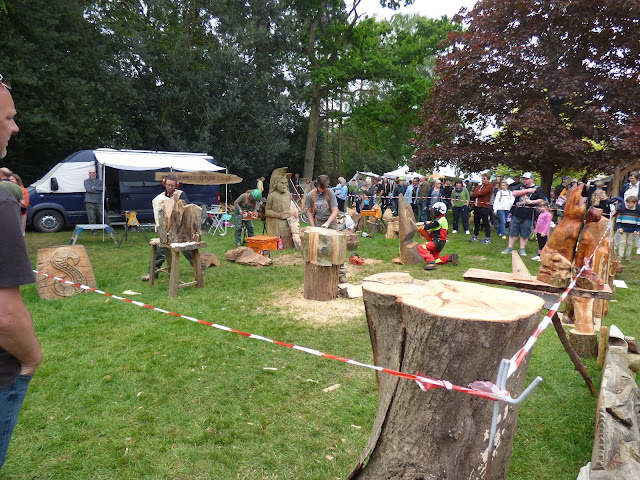 There was a yurt containing photos and the history of the Green Fayres  which were the origin for this Wood Fayre. We went to Rougham Tree Fayre way back in the early 80's it was a real Hippy festival back then 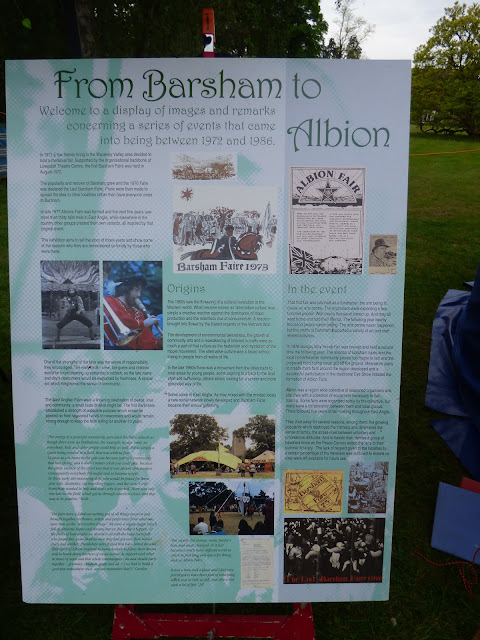 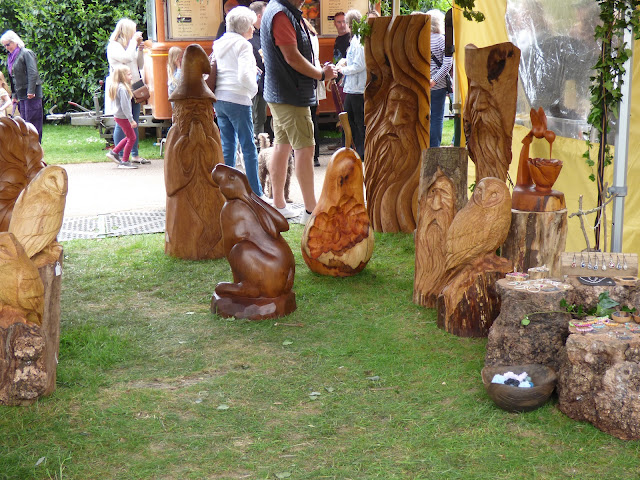 I wandered round everywhere for nearly 3 hours and that was plenty long enough, as the day got hotter and more humid and so crowded. Then I headed off home.

Back Tomorrow
Sue
Posted by Sue in Suffolk at 06:00
Email ThisBlogThis!Share to TwitterShare to FacebookShare to Pinterest
Labels: Local Events