Sneaking Under the Fence and Other Things Growing

I've planted Lily of the Valley in many of the gardens that I've tended over the years with no luck but now  one small plant has appeared under the fence from next door.
Can't imagine how it will spread or survive as there's old weed suppressant stuff under the shingle and sand beside the slab path. Perhaps I'd better have a go at saving it. 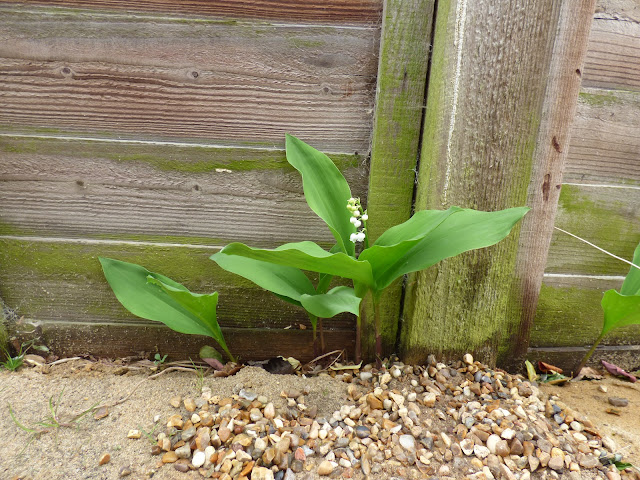 This is the path/mess where the Lily of the Valley are growing.  Down the side of the bungalow and as mentioned yesterday I was quoted £2,000 to take up the slabs, shingle and weed suppressant, lay a decent concrete path on new weed suppressant and lots of shingle down each side. 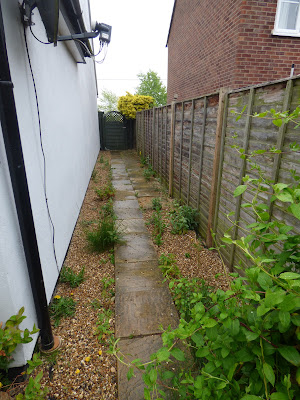 I decided that was too much for somewhere not used unless I'm going out to the front with the wheelbarrow because the back door is out of the living room into the garden and the front door is used all the time for going out and the gate at the front end is kept bolted anyway. I'm letting everything grow for the bees - that's my excuse.

On Monday morning I noticed some of the sweetcorn kernels had germinated and took the tray out of the plastic bag it had been in since sowing them in the peat pots last week. They  grew an inch before taking this photo Monday evening and  they've grown another inch since.  They're on the living room window sill, better move them out to the greenhouse later today....... 33 out of 36. Looking hopeful for delicious sweetcorn cobs later in the year. 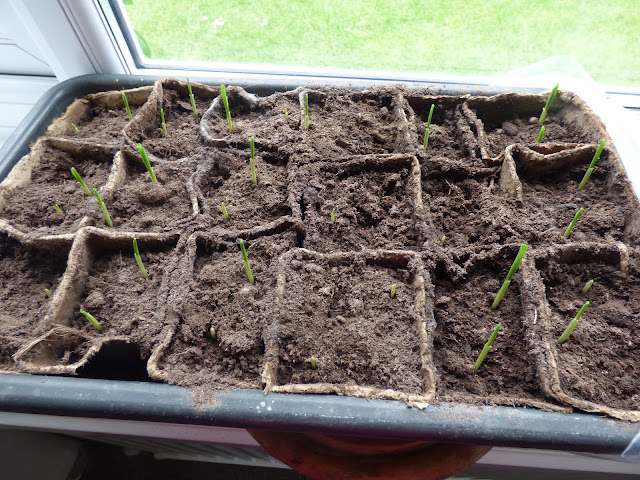 It seems most of the Iceland Poppy seeds have germinated from the one poppy seedcase I sprinkled over this patch of rock hard soil by the front path just outside the front door. 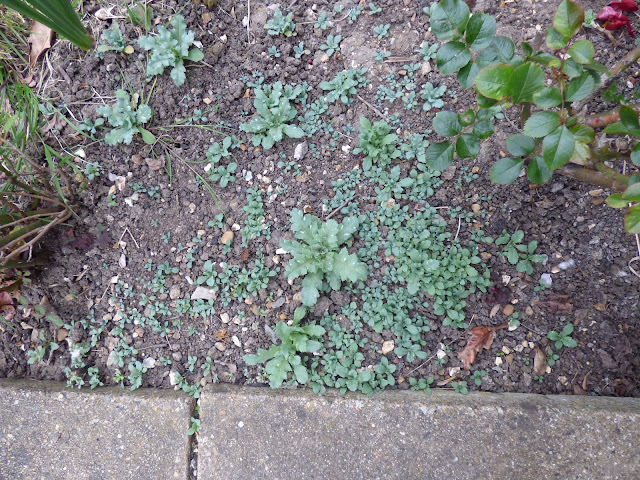 Perhaps not all will grow and survive but it looks as if several will if I do a bit of watering. We've not had a good rain here for weeks even though  a wet morning was predicted for yesterday, nothing happened until after midday and even then it was only short showers.........not enough to fill up the new water butts.

Back Tomorrow
Sue
Posted by Sue in Suffolk at 06:00
Email ThisBlogThis!Share to TwitterShare to FacebookShare to Pinterest
Labels: Sweetcorn