....................... and then there are VERY old books. The ones I went to look at on Monday morning fall into that latter category. My cousin and her husband had just been to see them last week when they called in for a cuppa on their way home  or I might not have heard about them. 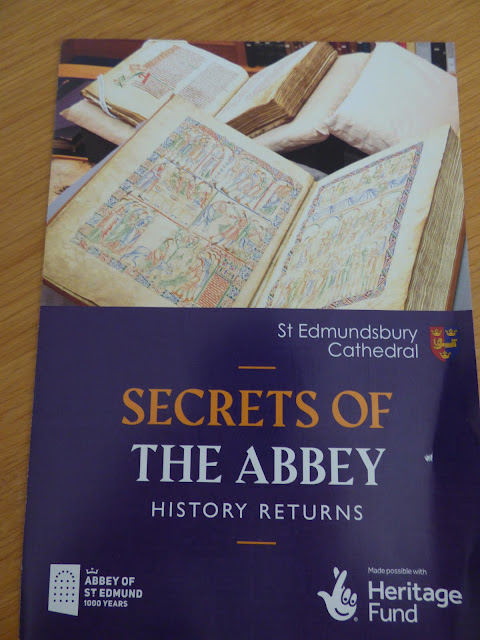 Because the books were on display in the small Treasury room visiting was by booked but free tickets. So I booked a free ticket online and went to have a look.

Hope you can read the leaflet below which explains that only 270 of the 3,000 books in the abbey survived the dissolution of the monasteries and 154 of those are in the Cambridge Universities libraries. Pembroke College has loaned seven to celebrate the 1000 years of the Abbey (it was actually in 2020 but you know what happened then). 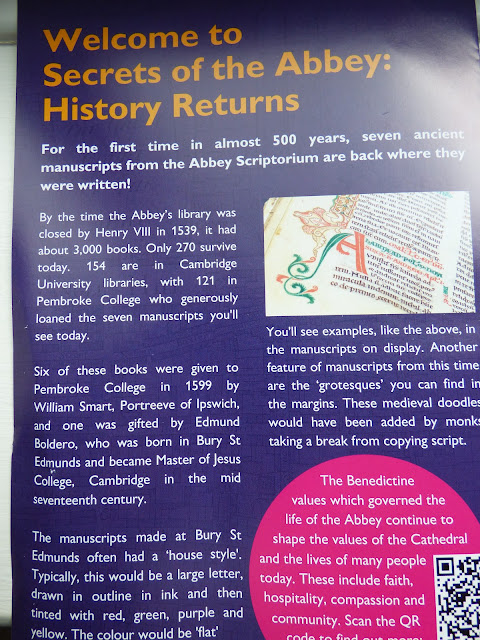 No photos allowed of the illuminated manuscripts but they were very special . There was a screen showing a little of what they look like. 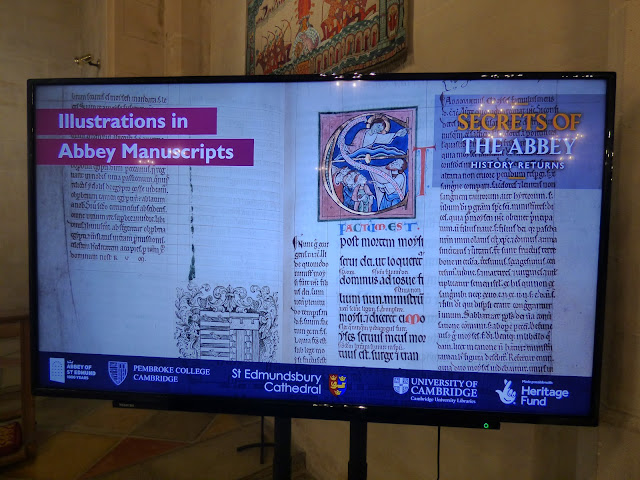 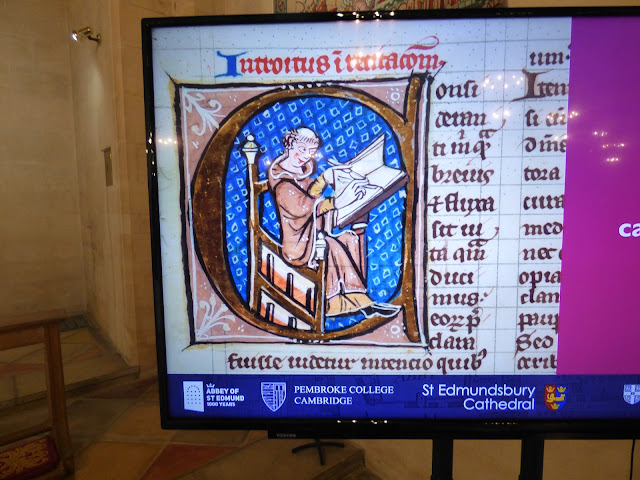 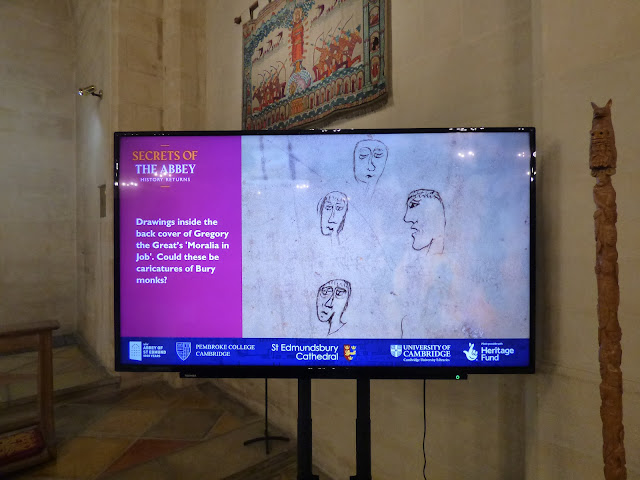 I loved the Illuminated Letters that start each chapter. 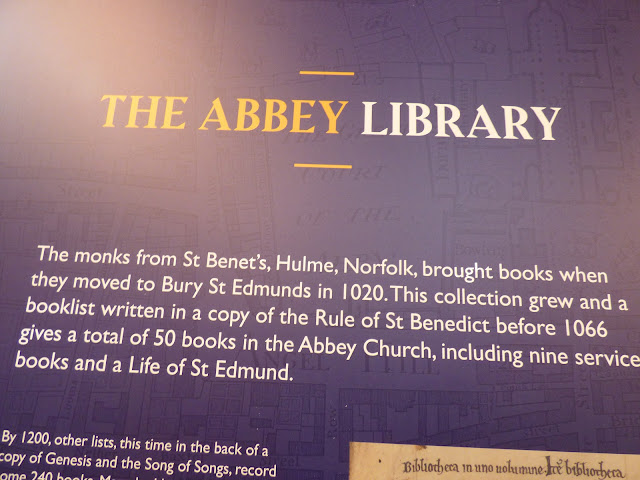 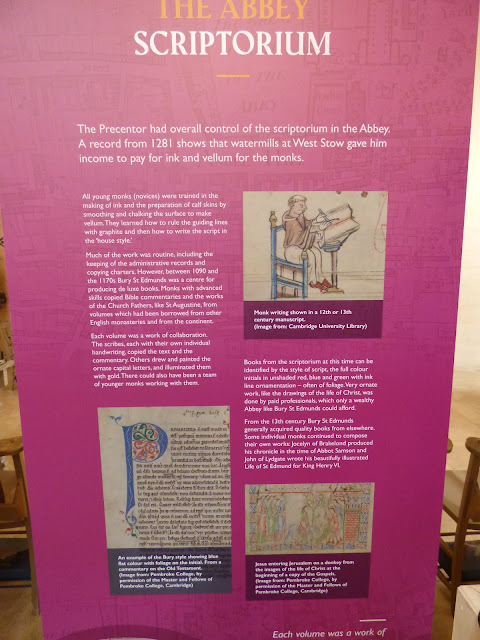 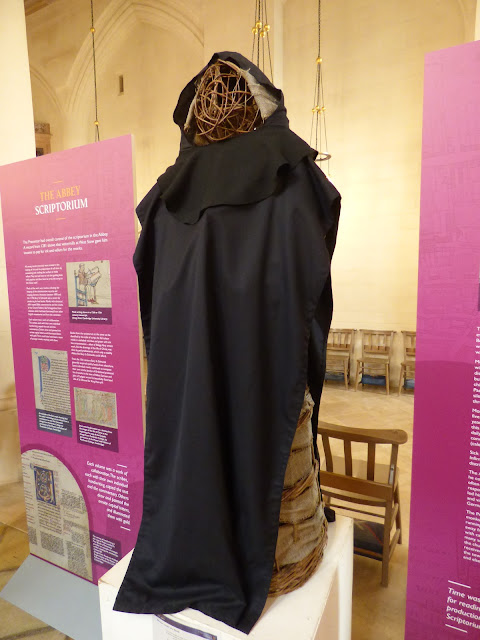 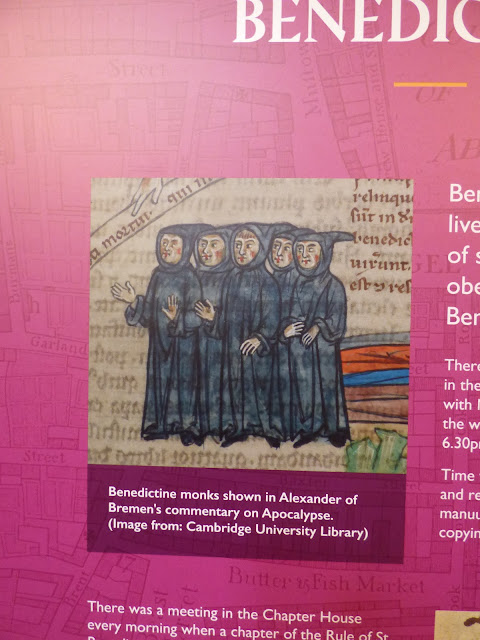 Here is a link to look at the manuscripts in the collection at Pembroke College  https://cudl.lib.cam.ac.uk/collections/pembroke/1    copied from the handout below which also mentions a new book ...... Catalogue of the Medieval Manuscripts of Pembroke College Cambridge ....available for £95! 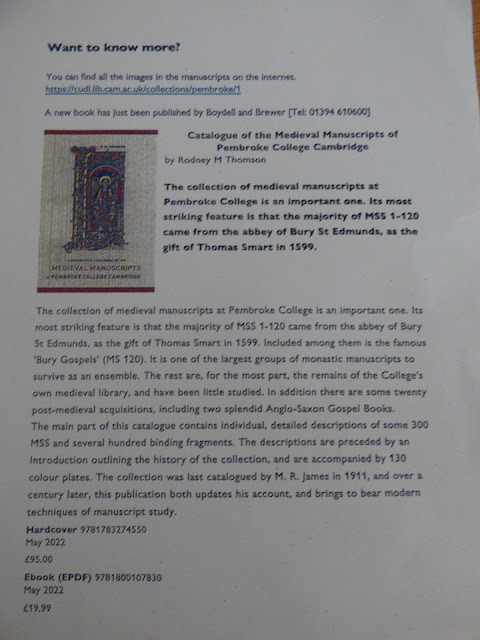 Below explains the colours used in the manuscripts 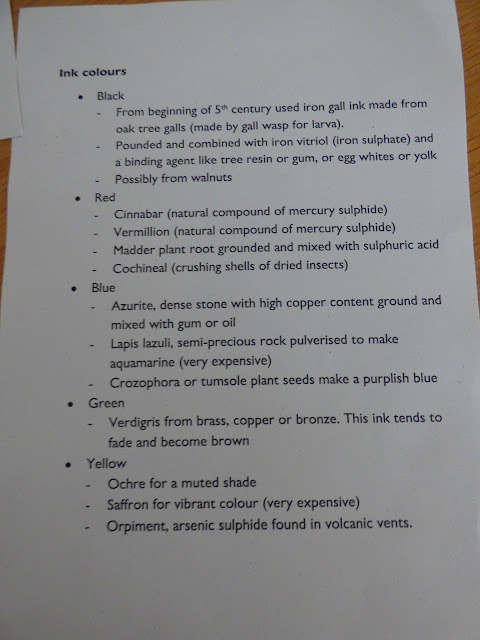 Briefly this is how the Abbey came to be here

Edmund, King of East Anglia, was killed by The Danes on 20 November 869, after refusing to give up his Christian faith. He was tied to a tree and shot full of arrows before being beheaded.

In 903 the remains of Saint Edmund, the original the Patron Saint of England, were moved to the Anglo-Saxon settlement of Beodericsworth (later known as Bury St Edmunds) where the site had already been in religious use for nearly three centuries.

St Edmund’s body was moved to London in 1010 for safe keeping when The Danes were again marauding through East Anglia but three years later his body was returned to Bedricesworth.

In 1020, King Canute had a stone church built for Edmund's body and the first abbots arrived. This was the beginning of the Abbey of St Edmund and it became a site of great pilgrimage as people from all over Europe came to visit St Edmund’s shrine.

Posted by Sue in Suffolk at 06:00
Email ThisBlogThis!Share to TwitterShare to FacebookShare to Pinterest
Labels: Bury St. Edmunds