St George's is in the small village of Wyverstone and part of the same benefice as Bacton and Cotton that I visited in March .

It's a tall, thin but small church with clerestory windows but no side aisles 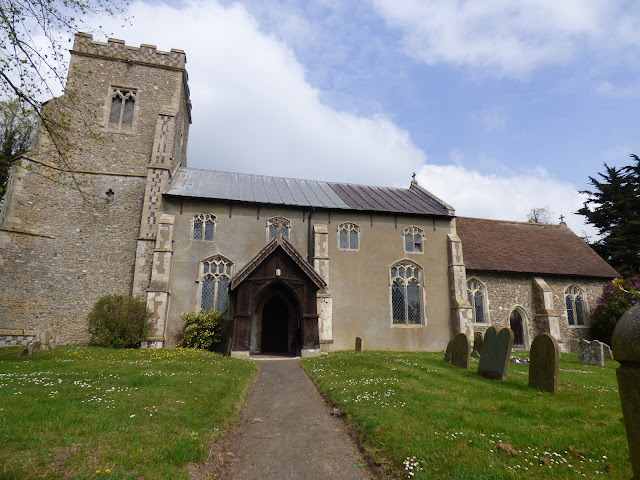 The porch is wooden  and seems really old. 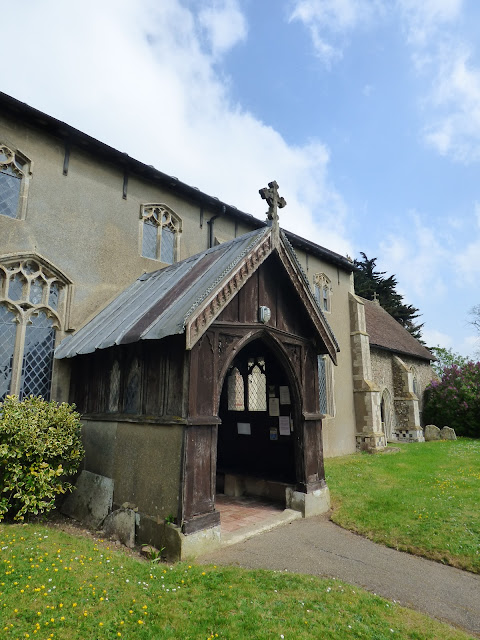 View down the nave and in this church the kneelers are all the same. 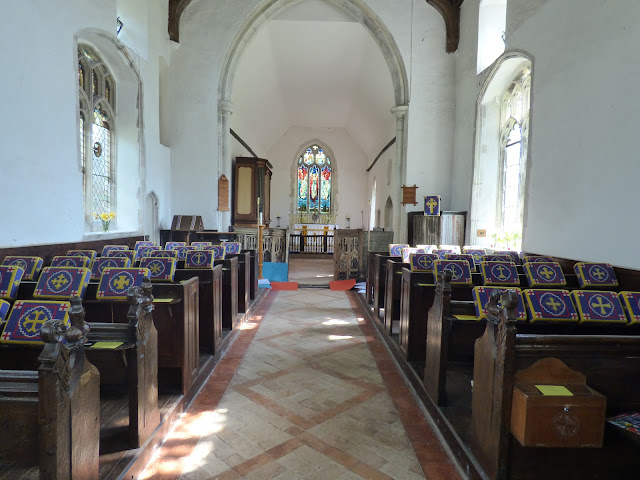 The most interesting thing here is the early 16th Century roodscreen. It looks a bit battered but according to the Suffolk Churches website it is the only rood-screen in-situ in Suffolk where the figures are carved in relief 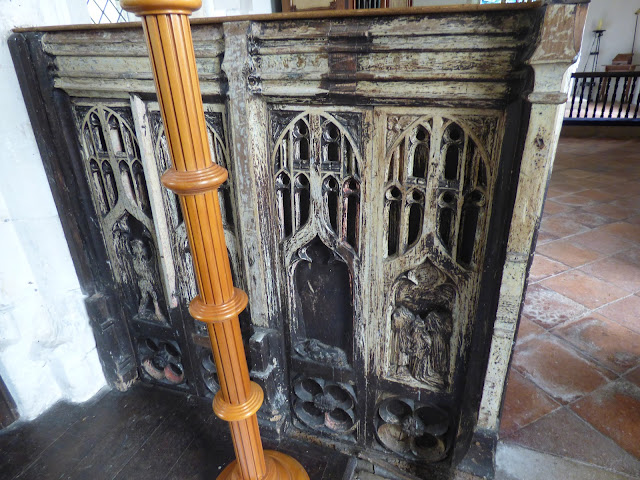 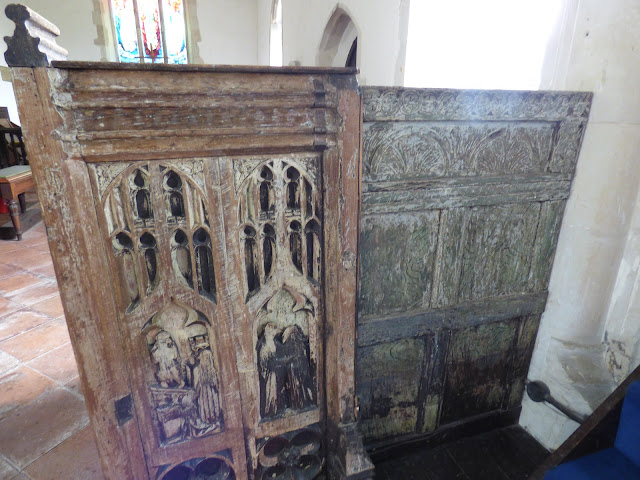 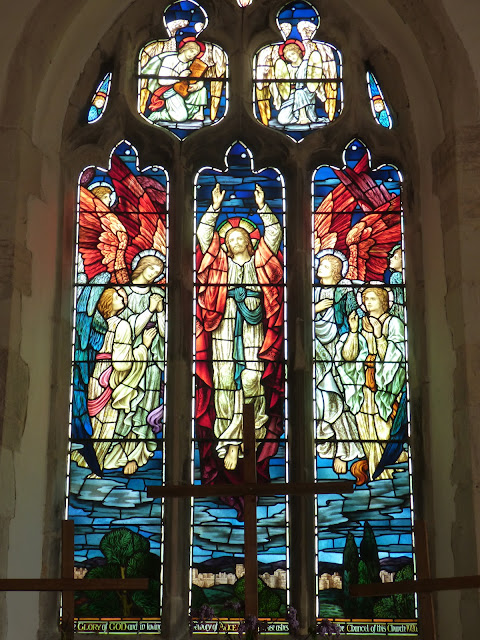 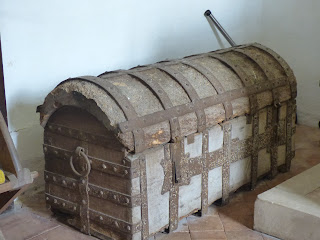 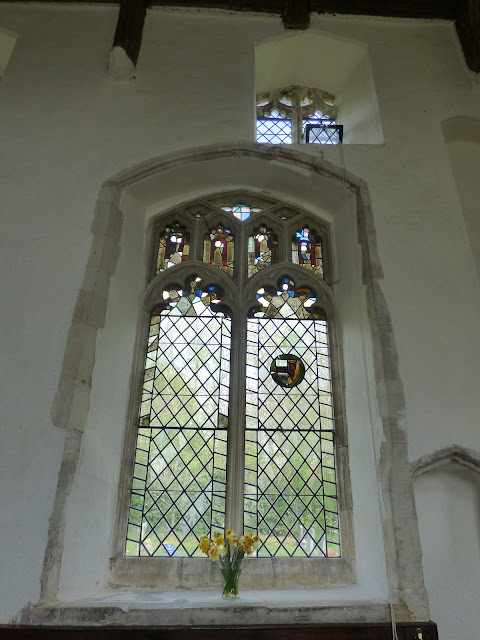 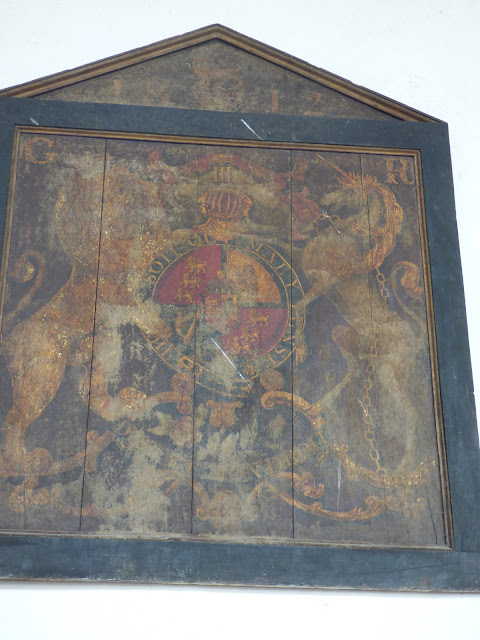 and the second is richly carved for William III 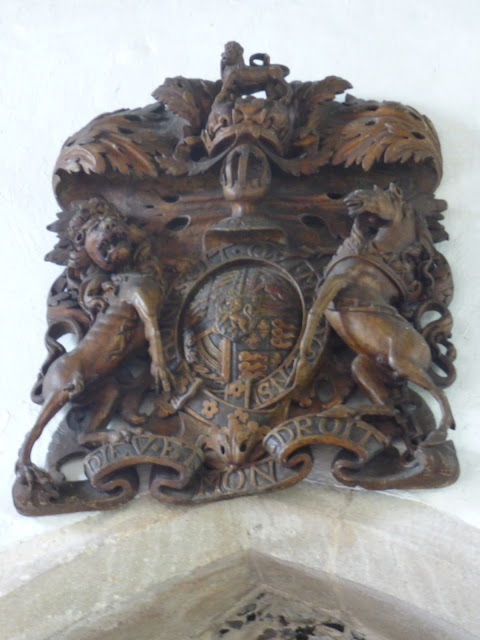 The font is carved too 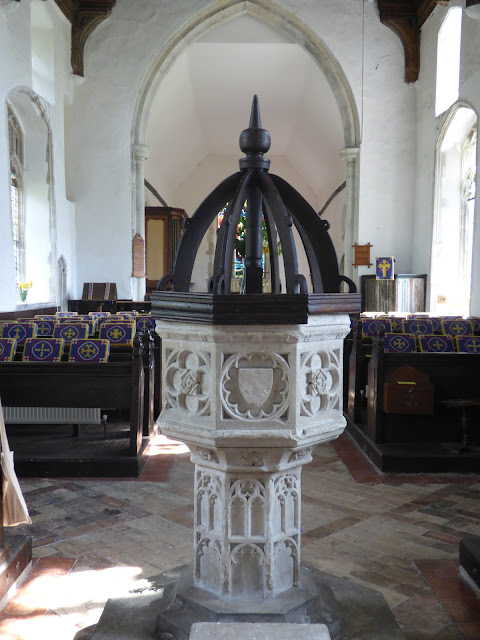 There are a few bits of faded glass left in one window. Dating back to Medieval times 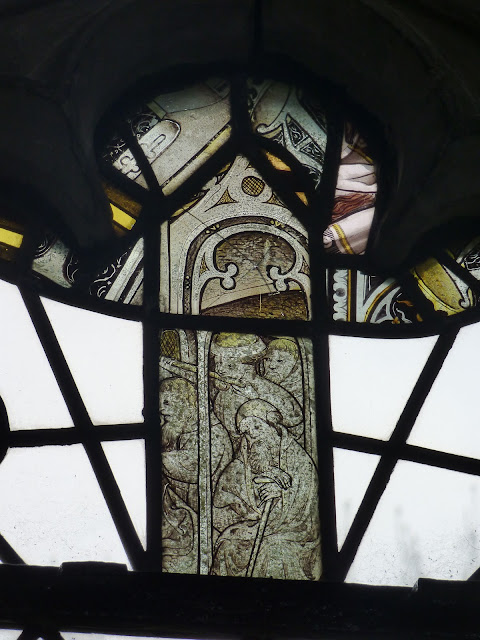 It was several weeks ago in late April when I visited Wyverstone and found the lilac already in flower here, whereas my white lilac in the header didn't appear until two weeks later. 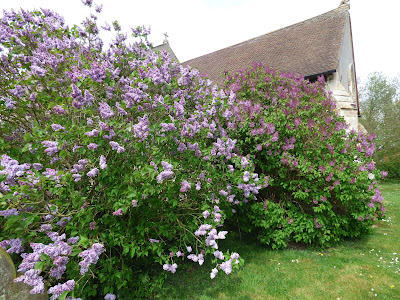